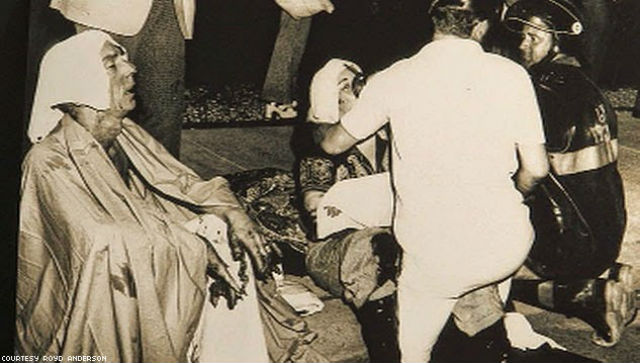 The survivors of this month’s grisly Pulse nightclub shooting are not yet ready to write their tell-all books, or appear in documentaries. Ostensibly, some of them someday will. But many of the survivors of the UpStairs Lounge arson attack do appear in Upstairs Inferno to share the harrowing, tiny details of being trapped inside a gay safe space that’s under siege specifically because it is a gay safe space: the sounds of the screams, the jumping out of second story windows, the heroic (and often fatal) attempts to go back and save lovers or friends. And in an awful Orlando parallel, the attack was committed by closeted gay man struggling with his own identity.

“The term ‘hate crime’ did not exist at the time of the fire,” the film’s director Robert L. Camina told SFist. “Some people say that self-hatred was a contributing motive. Others look back at the way the gay community was treated in the wake of the fire and the deafening silence of religious and government leaders was the real hate crime.” 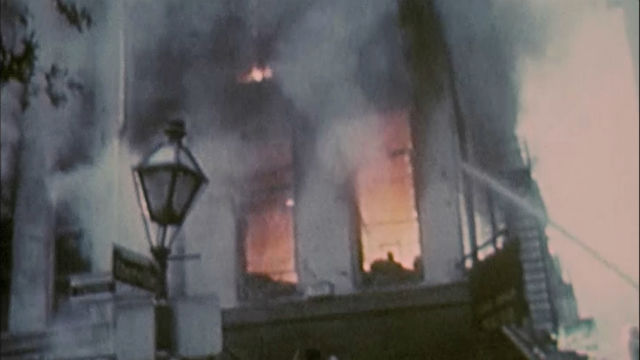 Indeed, the New Orleans police chief put out a statement at the time calling the victims “thieves, murderers and queers” according to one person interviewed in the film. This is not exactly the kind of outpouring of support we saw for the Orlando victims. Many of the UpStairs victims’ families flatly refused to claim their bodies or hold funerals.

“Communities across the country and world are holding vigils and standing in solidarity with Orlando,” Camina said. “That didn't happen in 1973. Over $5.6 million dollars have been raised for Pulse victims through a GoFundMe account. In the aftermath of the UpStairs Lounge arson, only $17,900 was raised through the National New Orleans Memorial Fund. Adjusted for inflation, that equals $96,951.90. That's a huge difference.” 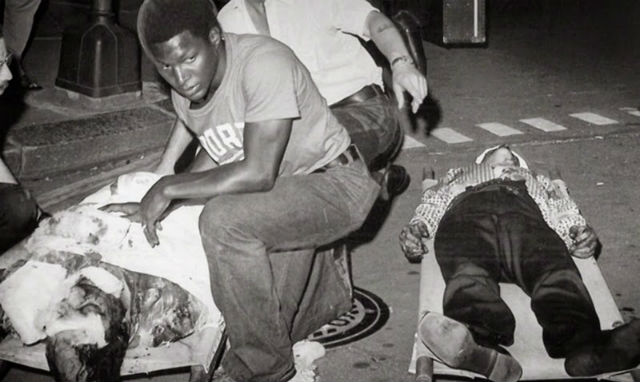 Tonight’s Frameline screening is on the eve of the 43-year anniversary of the arson, and some of the victims’ families will be on hand for the Q&A. The film is also screening tomorrow at New Orleans Pride, as it did last year on the 42-year anniversary.

“The audience was full of survivors, friends, family members of victims and witnesses,” Camina said. “Many traveled across the country to attend the screening. Never before, have so many people affected by the fire been in the same room.”

That was significant, but that was before the Pulse massacre replaced the UpStairs massacre as the US’ deadliest gay mass murder. “No one wanted to pass that moniker on and see a horror of this nature again,” Camina admitted. “Whether bullets or arson, this is a nightmarish deja vu. It's a stark reminder that while the LGBTQ community has achieved a lot in its fight for equality, there are many people who still feel that LGBTQ lives are expendable.”

'Upstairs Inferno' plays tonight at the Victoria Theatre at 9:30 p.m., with the director and victims’ family members in attendance. Get tickets here.

Related: Remembering The Gay San Francisco Church That Was Torched Out Of Hate In 1973

It looks like full steam ahead for the rad, unique, 39-story residential tower by acclaimed Chicago architect Jeanne Gang that's been proposed for 160 Folsom Street, one of the final pieces of land

The space left vacant after the December closure of Local Mission Eatery at 3111 24th Street has come alive again at the hands of "Indian soul food" truck chef-owner Rupam Bhagat, whose Dum