This morning just after 6 a.m., television news crews from KTVU and KNBC became embroiled in the news themselves while reporting from the scene of yesterday's fatal shooting at Pier 14.

That homicide, a possibly random attack on a 31-year-old Pleasanton woman, occurred at around 6:30 p.m. last night. This morning, as CBS SF and the Chronicle report, armed robbers made off with equipment and pistol whipped a KTVU camera operator who were at the scene of the previous crime.

“Hold on, hold on, wait,” said KTVU reporter Cara Liu to anchor Brian Flores who was in the process of introducing the story and going live to Liu. At that moment, KNTV reporter Kris Sanchez and camera operator Alan Waples were menaced with a gun by a suspect being reported as a young man.

“Don’t shoot! Don’t shoot!” Sanchez yelled. Then Waples, who is 54, was pistol whipped. “Take the camera!” he recalls saying while "waiting for the click of the gun." Indeed, the assailant made off with a camera and a tripod, which he reportedly struggled to put into a black BMW before hitting Waples again and ordering Sanchez to the ground.

Though no shots were fired, an ominous ammo magazine from one gun lay on the ground at the scene. Neither of the crews had security details, which many such outfits employ for covering similar stories due to a long history of such robberies. Liu, for example, has had particularly bad luck while reporting from crime scenes, with a woman hitting her in the head while she was working the story of a shooting death at an East Oakland swap meet.

CBS notes that stations are mostly likely to use security officers outside of San Francisco, now an ironic reflection on the presumption of safety within city limits. KTVU was robbed as recently as February, that time in Hayward, and here in SF, an attempt to rob a crew in the Bayview failed back in 2013.

For those wondering what, exactly, becomes of stolen high-tech TV equipment, The New York Times tells of a black market for which hauls can fetch as much as $50,000.

Update: SFPD has alerted media outlets that the "suspects are described as three black males, all wearing dark clothing, with onesuspect having dreadlocks. The suspect vehicle is described as a black BMW 7 series with upgraded BMW rims, no plates."

There are a few photos as well: 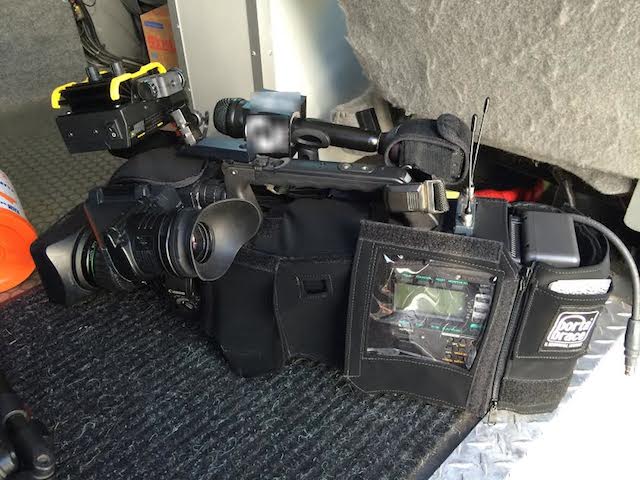 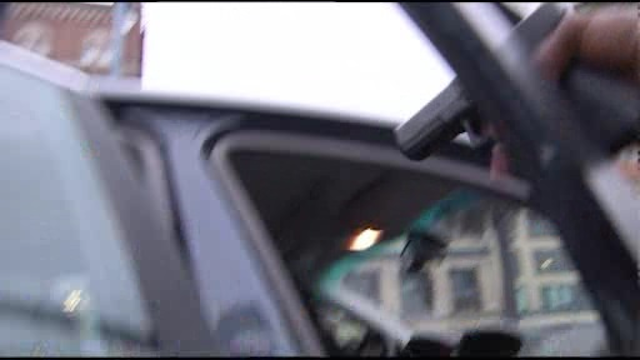 Related: Police Say Woman Killed Next To Ferry Building Might Have Been Random Victim Of Attack

I'm bringing you a pre-holiday bit of Apartment Sadness prior to tomorrow's day off, just so you can get it over with, wipe away the tears, and get on with celebrating America. Today's