I'm bringing you a pre-holiday bit of Apartment Sadness prior to tomorrow's day off, just so you can get it over with, wipe away the tears, and get on with celebrating America. Today's edition takes us to Noe Valley, though it's more like the Castro/Liberty Hill, or as we'll soon be calling it, Zuckerberg Heights. The residence in question belongs to a couple who appear to have had a lot of success using Airbnb to help pay their mortgage, playing host to many a foreigner and foreign exchange student. And lest you start to believe this is an actual share situation, one of the owners (presumably the Marla who's mentioned in a bunch of Airbnb reviews tacked to the bottom of the Craigslist ad) lets it be known that they'd only like you to use this room as a temporary crash pad near your tech shuttle "now that you've landed that great job but don't know exactly where you want to live permanently."

Yes, by the end of paragraph one, she has explained, "You can rent this room for $100/day or $2200 for a month starting August 15... but not forever!" And like many real bed and breakfasts, there a bunch of rules.

First: You're definitely just a guest in this house, and though you're permitted to access the kitchen, you're only permitted to do "some *basic* light cooking." So I guess that means microwavable meals and toaster pizza, but no stews or braises, or intricate pastry work  though maybe you could negotiate whether use of a standing mixer constitutes *basic*, or whether you will be timed if and when you decide to prepare a "light" meal from scratch.

Below, by the way, in order to emphasize the point, is the only corner of the kitchen shown in the multiple photos in the ad, because they really don't want you to see the kitchen or get too comfortable with it. 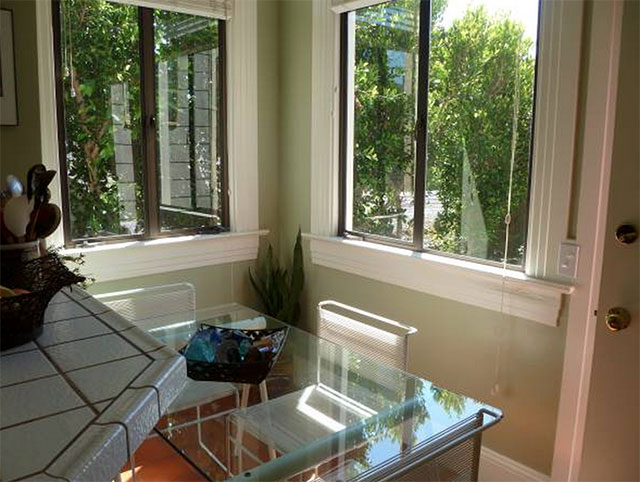 Second: No overnight guests. Yes, you might as well be at your parents' house, except lots of peoples' parents are just fine with them fucking quietly in their bedrooms and letting tricks stay over, as long as it's with a condom, or with a significant other of some decent spell.

Here's a photo of the bed that you will not be sharing with anybody. 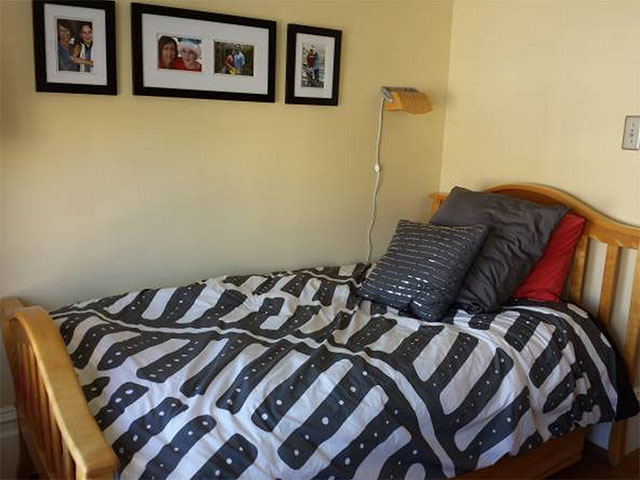 They've also had some trouble with foreigners trying to bunk here en masse, so there are no sleeping bags allowed or "anyone sleeping on the floor." 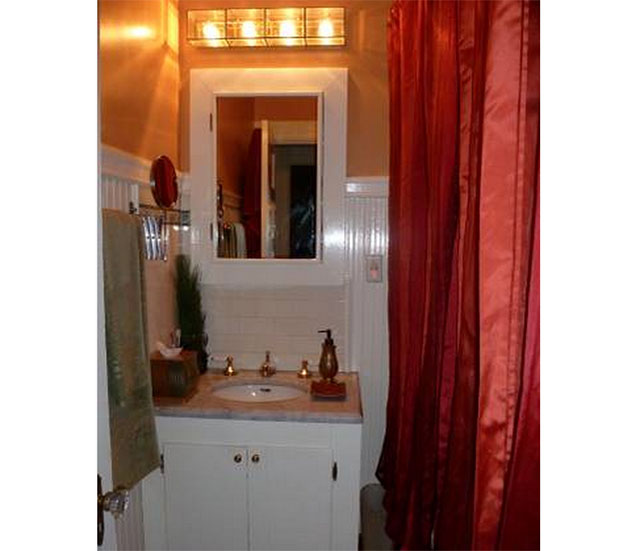 Also, you'll be sharing that bathroom with one to three other "guests" at any given time because these Airbnb Superhosts mean business, and keep their spare rooms packed.

Fourth: No pets, ever, no how. There is a 10-year-old English setter already in residence, and he/she is reportedly "sweet." 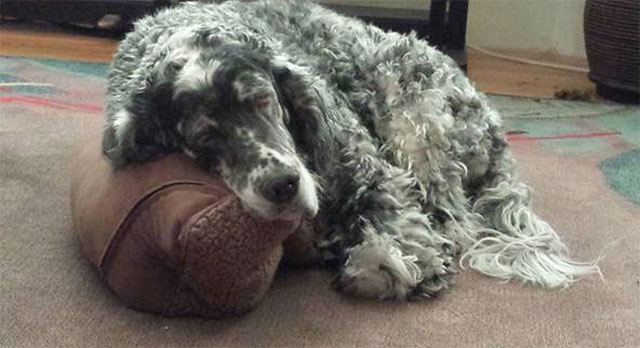 Fifth: No shoes in the house. This is said to be in deference to the downstairs neighbors, but one can rest assured that this Marla is a constant Swiffer-er, and shoes just make her germ-phobic.

Lastly, there's no smoking, even on the deck or in the backyard, which has perhaps been a challenge to enforce given that this has been temporarily home to "37 foreign exchange students" and "dozens of international travelers," because we all know that foreigners in their 20s love to smoke.

So, I don't begrudge these people with, no doubt, a very expensive mortgage in a spot so close to Dolores Park and where "Mark Zuckerberg recently bought two houses just a few blocks away," the ability to rent out their spare rooms, especially on Airbnb. (And couldn't somebody, like those squatters, hang out for a couple of months and claim tenancy?)

But on Craigslist, things are apparently desperate enough that a newly transplanted tech worker might spring for $2200 a month to live under all these rules, in a share.

I'm just imagining a lot of chilly stares in the kitchen when you go to pour the last of the coffee and you just took a seven-and-a-half-minute shower. Oh, and you forgot to take your shoes off when you stumbled in drunk last night, and Marla politely reminds you about the shoe rule while she Swiffers the living room you don't feel comfortable hanging out in, because she's always there on her laptop writing reviews of her most recent Airbnb guests.

Oh well. It probably beats living with 60 people in a tech dorm someplace, or crashing in the back of a box truck.

Jack Halprin, head of eDiscovery at Google, has died according to the Examiner. According to an announcement from his brother on Facebook, Halprin "lost his short but difficult battle with cancer." He was

This morning just after 6 a.m., television news crews from KTVU and KNBC became embroiled in the news themselves while reporting from the scene of yesterday's fatal shooting at Pier 14. That

—
Apartment Sadness: Live With A Lot Of Rules, And 'Not Forever,' With Noe Valley Couple For $2200/Mo
Share this