Have you stopped to appreciate the wonder in marvelous things right under your nose? The historical travel show, Up To Speed, a Hulu Original Series hosted by tour guide extraordinaire Timothy "Speed" Levitch and directed by Richard Linklater, will take you on an eye-opening journey. One of Speed's many entertaining stops is here in the Bay Area—watch the whole episode on Hulu. 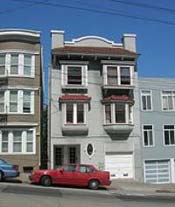 Sure, San Francisco has plenty of great, well-known destinations to scope out, like the Golden Gate Bridge and Alcatraz. But as Speed shows us, there are places worth checking out just off the beaten path, such as the Defenestration Building and the Japanese Tea Gardens. Or check out one of our favorites, the birthplaces of Gonzo journalism.

Hunter S. Thompson, the godfather of Gonzo, lived at 318 Parnassus Avenue while writing his landmark debut 1967 book, Hell's Angels: The Strange and Terrible Saga of the Outlaw Motorcycle Gang. While the term “Gonzo journalism” wouldn't be coined until 1970, Hell's Angels was the one that put Thompson in front of a wide audience. He followed the gang for a year and, legend has it, the Parnassus house was the site of many wild parties with the Angels—evidence of which is still apparently visible in the form of bullet holes. 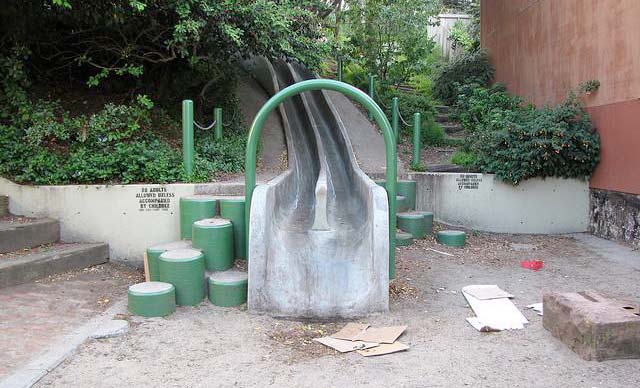 There are some exciting, legal ways to feel like you're flirting with danger. If you want to take San Francisco's notorious hills to the next level, head to the Seward Street Slides, part of the Seward Street Mini Park. The slides feature a two-story high nearly-vertical drop and have been referred to as "concrete death chutes" (but in the best way possible). From sunrise to sunset, experience an exhilarating thrill, flying down the slides atop pieces of cardboard. 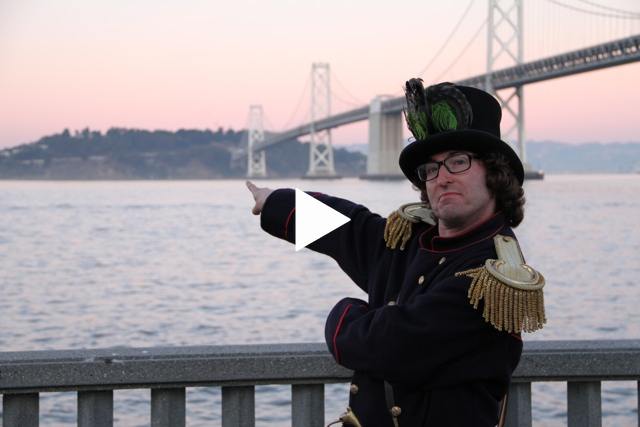 San Francisco is currently serving as a temporary refuge to some much desired East Coast chihuahuas. Arguably the cutest victims of the Hurricane Irene flight delays, Virgin America has launched “Operation Chihuahua” to

Our friends at Uptown Almanac had such a ringing succes with their first Locally Sourced comedy night, that they're back tonight to with another stellar lineup of comics who might not be say

—
Gonzo's Beginnings And Wild Slides: Another Side Of S.F.
Share this