Where do people go when they leave the Bay Area? Die-hards might answer "who cares" — The farthest from San Francisco or Berkeley or Oakland that they'd deign to move would be to a plot in Colma.

Still, most San Franciscans should only be so lucky as to hold onto our current situations here, and LinkedIn is the latest to probe the question of where SF workers head to when they pack their bags and go. With data from their users, the Linkedin study , remarked on here by the Chronicle, determined that smaller creative and tech hubs like Portland, Oregon, Seattle, Washington, and Austin, Texas, were (in that order) the most common refuge for Bay Area expats.

This info is particularly interesting since it's not just a list of where current San Franciscans say they'd like to move, the kind of information that prompts studies saying a full third of Bay Area reisdents were about to get up and leave (update: they probably didn't). Instead, the LinkedIn numbers show people who weren't just bluffing or dreaming and really decamped.

Still, for every one person who leaves the area, there are probably several others rushing to take their place. In that vein, San Francisco sees the most migrants from NYC, Boston, and Chicago, according to Linkedin's numbers. 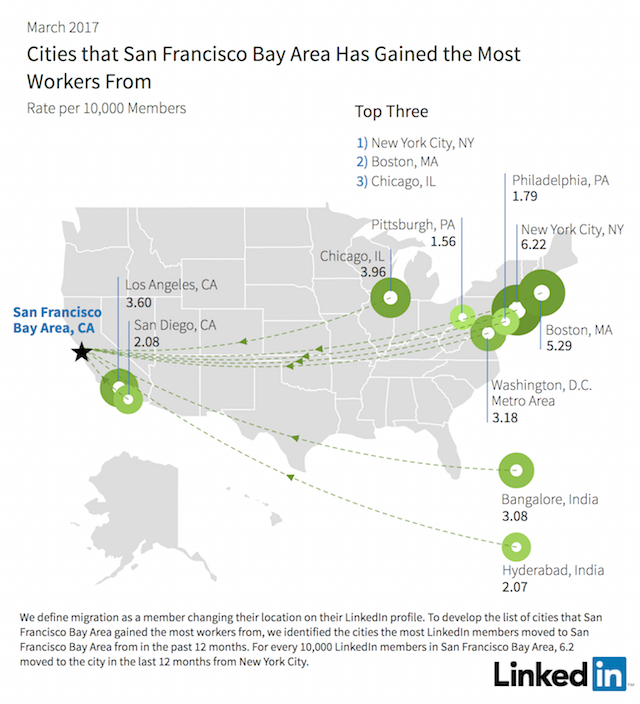 Last, in terms of "gross migrations," or the most overall gains and losses with one place, San Francisco and Los Angeles shared the most swaps. 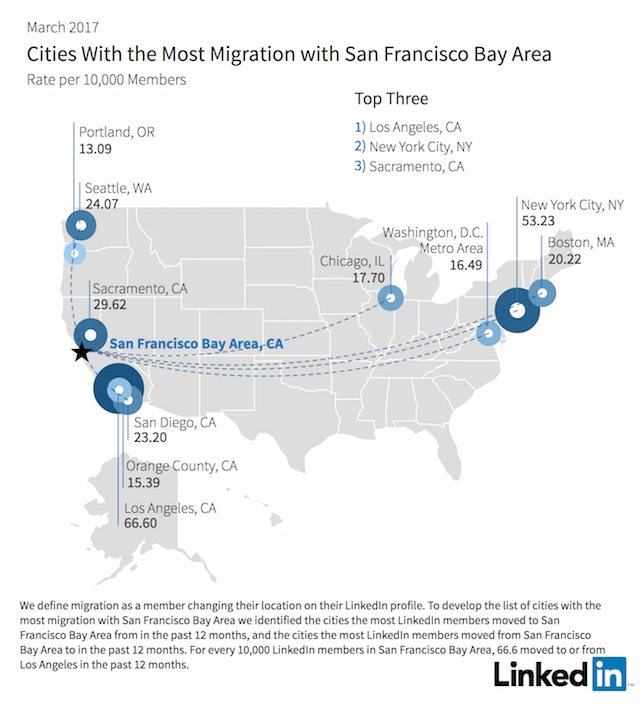 Related: Are Tech Workers Starting To Flee SF For Jobs In Cheaper Towns?

In the world of legal activism, there may be no such thing as a perfect plaintiff. But in the landmark court case that opened the door to legal abortion in the United States,

Sidney Weinstein, who told SFist in December that she was seeking a buyer for her 1985-founded Valencia Street pizzeria Pauline's, is now transferring her beer and wine license to "Pauline's LLC." Don't expect