Pelli Clark Pelli, the same architectural firm responsible for the dildo-shaped tower rising downtown that's soon to be named Salesforce, has just submitted some revised designs to Planning for a second tower they're working on nearby at what's known as Parcel F, at 550 Howard (between 1st and 2nd, backing up to Natoma). We last saw renderings of the building in July, which Pelli Clark Pelli is working on with HKS Architects, and which at that time was proposed at 750 feet tall. It is now up to 806 feet or 64 stories, as Socketsite reports, making it the fourth tallest tower in the city, and it will contain a mix of 200 condos, 16 floors of office space, and a 250-room hotel, with a pedestrian bridge at the fifth floor connecting it to the Transbay Terminal's rooftop public garden.

The parcel is an oddly angled trapezoid with an extra jut-out, and the plan is for an unusually angled tower with a couple of step-backs, and a pedestrian mall at the ground level along Natoma Street.

As Socketsite had reported earlier, the sale of this parcel last year was the city's third attempt to sell it, and it came both with the increased height allowance and with exclusive negotiating rights for the developer F4 Transbay Partners (a joint venture between Hines, Urban Pacific Development, and an affiliate of Goldman Sachs) to also develop the temporary Transbay Terminal site in use now, known as Transbay Block 4, on Howard between Beale and Main.

The Planning Department has asked that the new tower's "massing be more gently and iconically-shaped," though it's unclear if this will lead to another revision of the design. Below, a couple more views of the oddly shaped tower. 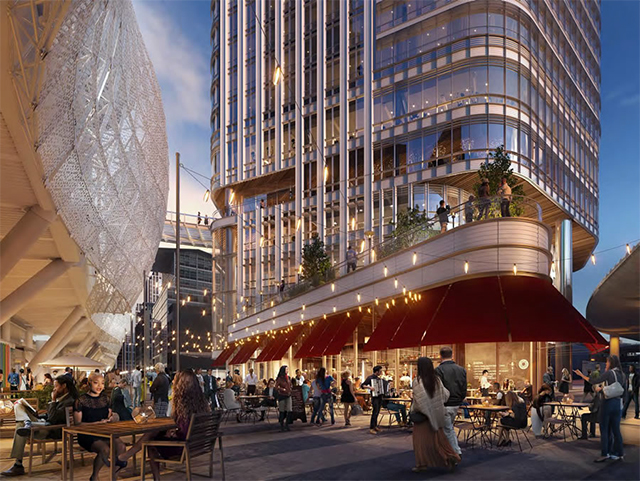 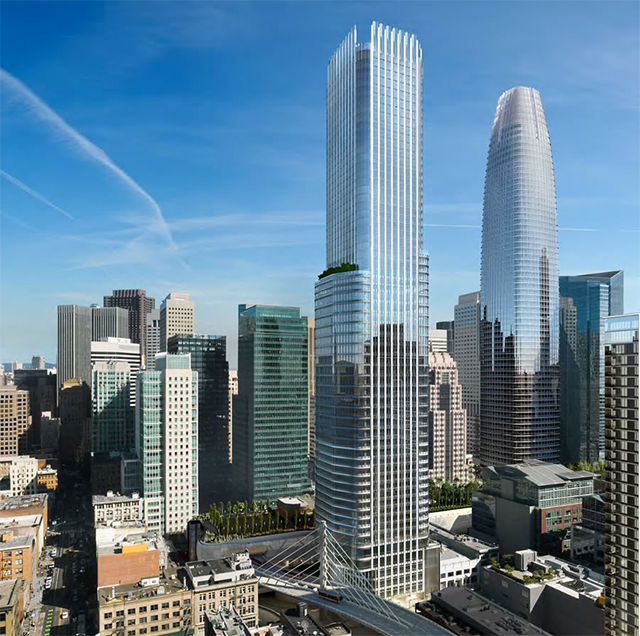 Sonoma-based singer-songwriter Garrett Pierce has a new album out next week on Crossbill Records called Dusk, and the first release, "Distant Thought," comes with this music video directed by Pierce featuring nature scenes

Admiration for Ruth Bader Ginsburg transcends even her role as Supreme Court Justice, her symbolic notoriety and vast life experience leading many on the left to seek out the 83-year-old jurist as a