For your wintertime drinking pleasure, a brand new cocktail bar has just debuted in the former Castle Club (823 Geary Street) space in the heart of the Tenderloin, and it's called Rum & Sugar. You may recall the first news of the bar from last fall, and it's the project of a couple of Russian expats, Olga Zhuravskaya and Natasha Avtonomova, who are both first-time bar owners.

As Inside Scoop reports, they had a soft-opening in December, and according to Hoodline they're now open for business daily, 2 p.m. to 2 a.m. with the American lit-inspired drink menu that you see below.

Zhuravskaya and Avtonomova are planning a grand opening event on January 28, but until then you can head in to try things like the Catcher in the Sage (Dorothy Parker gin, raspberry peach Grand Marnier [?], lemon juice, raspberries, and egg white), or a classic Hemingway Daiquiri.

Avtonomova, a former translator, clearly has a love of literature, and there's also a magnetic poetry wall on the side of the beer fridge. Also, she and Zhuravskaya are part of a "garage jazz" ensemble, and they suggested back in the fall that may use the bar as a performance venue sometimes. 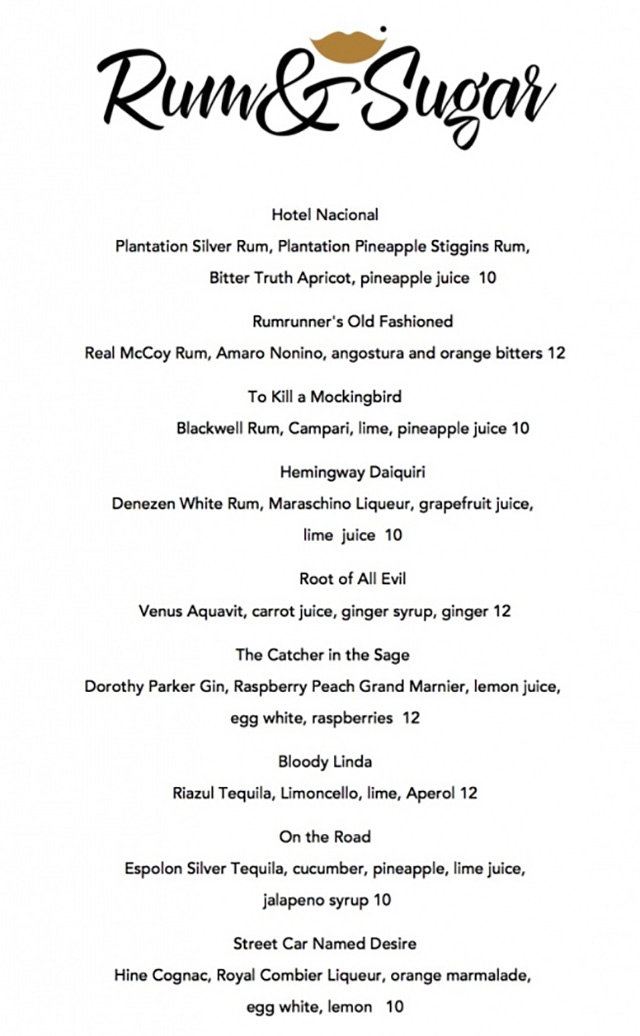 It's a longshot and a rumor at this point, but mayoral appointee Jeff Sheehy, who today is attending his first Board of Supervisors meeting as District 8 supervisor, could face some immediate opposition

San Francisco cyclists accustomed to the mixed-use path through the Panhandle to and from Golden Gate Park may someday be granted a lane of their own. Sure, protected lanes on Fell and Oak