Your booze runs may experience double toil and trouble at certain San Francisco Safeway stores this Halloween weekend, as many Safeway locations have recently adopted the draconian measure of locking all liquor behind glass cabinets, with one store even keeping the whole wine stock under lock and key, too.

All across town, Safeway liquor and wine enthusiasts must now ring a bell for service, wait for a sales associate to show up with the key, have that associate tell you which checkout line to stand in rather than choosing the shortest line for yourself, and then have your checkout wait time punctuated with the constant ding-dong of more alcohol aisle service requests. Why have many Safeway stores started locking up more of their wine and spirits? And which Safeway locations still shelve booze unlocked, “the good old way” that is so much less of a pain in the ass? 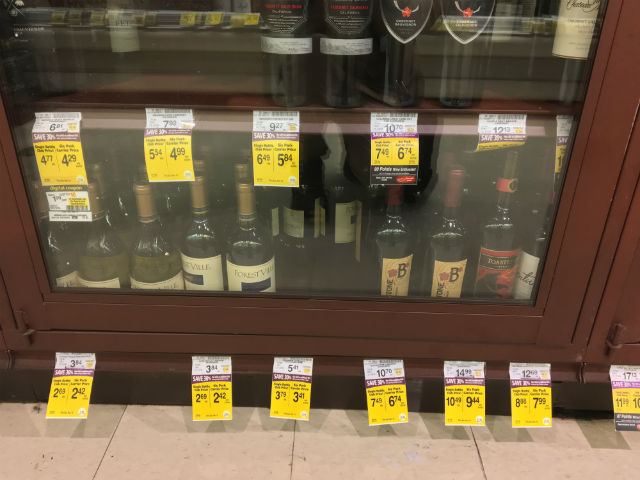 "Safeway employs a number of security measures at our stores to deter shoplifting," Safeway senior communications and government relations manager Wendy Gutshall told SFist. "Like many other retailers, locked cabinets is one method we use. For proprietary reasons, we cannot provide step-by-step detail of how these decisions are made. We can say locked cabinets are used throughout our stores in Northern California."

It was easy enough to plot out which Safeways lock up the liquor, which also lock up the wine, and which currently lock neither. It also didn’t take long to find indications that Safeway has indeed suffered a shoplifting spike, and that alcohol theft is becoming more common — and more organized.

The map above depicts San Francisco Safeways with traditional ‘liquor without locks’ shelving as green dots.The yellow dots note Safeways where the liquor is locked behind glass doors, and the red dots show Safeways that lock liquor and wine both. The Safeways I visited in San Mateo County only lock up expensive stuff like Moet Chandon that goes for $80 and up, but I’d be thrilled to hear in the comments what East Bay and North Bay people are encountering. 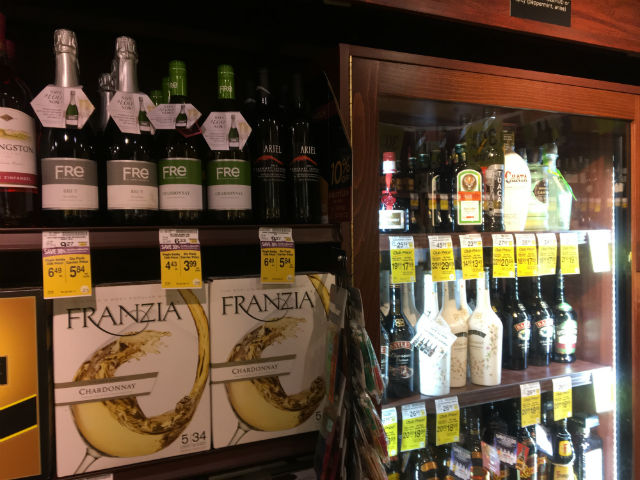 The Liquor is locked but the wine sits out fine at the Church & Market Safeway (Image: Joe Kukura)

Is Safeway Really Encountering More Shoplifting?
They are, if you believe Safeway’s own self-reported numbers. California retailers across the board say shoplifting is on the rise, and many blame the surge on the passage of Prop. 47 — a 2014 measure that changed theft of under $950 worth of merchandise from a felony charge to a misdemeanor.

“Large retailers including Safeway, Target, Rite Aid and CVS pharmacies say shoplifting increased at least 15 percent, and in some cases, doubled since voters approved Proposition 47 and ended the possibility of charging shoplifting as a felony with the potential for a prison sentence,” the Associated Press reported in May of this year. 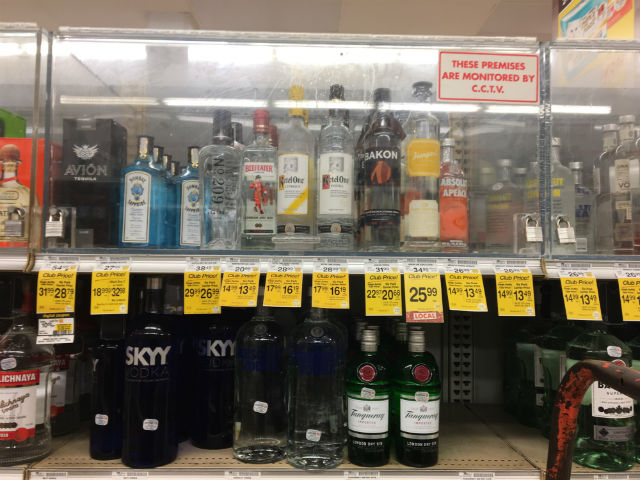 Only top-shelf liquor is locked at the Taraval Safeway. Image: Joe Kukura

Are People Really Stealing More Booze These Days?
Here’s where it gets interesting. The January 2016 Sonoma News article Grand Theft Wine Strikes Sonoma Safeway makes for a very entertaining read, the tale of a fellow who cleverly pilfered dozens of high-end wine bottles from a Sonoma Safeway. But it also suggests something larger may be afoot.

“The local incident was part of a growing trend of wine theft - from restaurants, winemakers, collectors as well as supermarkets - that suggests an underground wine economy, based on stolen wines that might get top dollar being sold to presumably unsuspecting consumers, perhaps through ‘mom-and-pop’ stores or perhaps online,” the News noted.

They connect this with the infamous 2014 French Laundry wine heist and a counterfeit wine scam that bilked thousands of dollars from victims like William Koch of Koch Brothers fame. 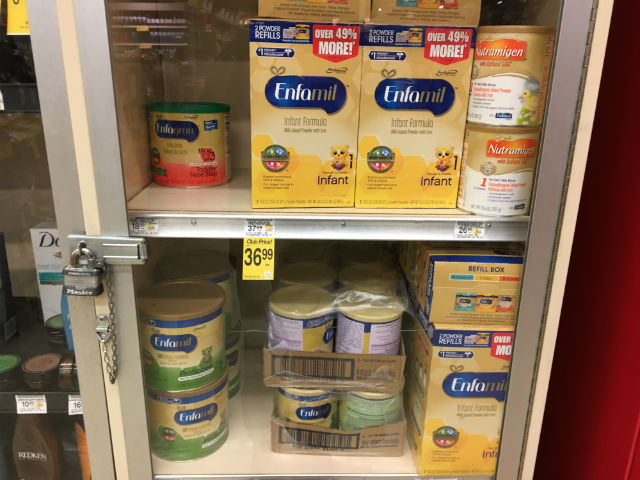 Safeway is Locking More Than Booze
Parents reading this article are probably shaking their fists that I am just now getting around to mentioning that Safeway also locks up baby formula, razors, over-the-counter medications and other things more essential than alcohol. In fact, it’s easier to get alcohol than baby formula at Safeway, because the baby formula aisle does not have a service bell. 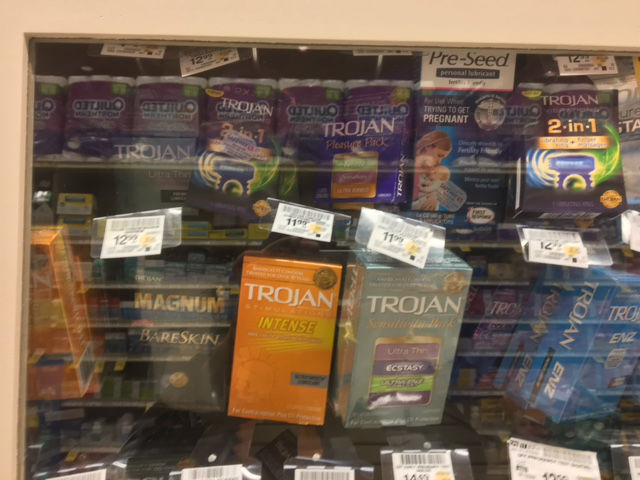 It could be that the increased locking of alcohol is a pilot program, and we may see more of our alcohol locked up in the near future. Safeway will have to determine the ratio of customers lost to merchandise lost when they make the alcohol more difficult to physically acquire off the shelf.

And I should also note that you can’t buy booze right up til 2 a.m. at all Safeway locations anymore. Some Safeway stores now close at 12 a.m., so their last call for alcohol is midnight. These stores are:


At this Safeway in the Excelsior, even the $2.49 Forest Ville wine is locked up. Image: Joe Kukura

With the news that looping video platform Vine had, uh, rotted on the vine, nostalgic folks started compiling lists of their favorites. One of those nostalgic folks, it appears, is the Golden State

Change up the ambiance of any setting with a tap of your phone. If you haven’t gotten into Bluetooth-controlled smartbulbs, get with the times. These next-level accessories can light up with a

—
Why Are SF Safeways Suddenly Putting Their Booze Behind Bars?
Share this