We first brought you news of Rambler last month, and now as of last night the restaurant at the new Hotel Zeppelin near Union Square is open to the public. The restaurant is the work of the team behind The Brixton, Redford, Aventine, and Sabrosa, Adam Snyder, Hugo Gamboa, and Andy Wasserman, known as Hat Trick Hospitality, along with designer Lori Yeomans (Wayfare Tavern, El Paseo), and executive chef Robert Leva (formerly of Salt House, and Redd in Yountville).

The place has a luxe look and feel, with two bars, exposed brick walls, and about 100 seats, and despite the rock-and-roll theme of the hotel, the restaurant isn't theme-y. Leva's created a menu (see below) of Cal-Med fare that leans in an Italian direction, with wood-fired pizzas coming out of the same oven that used to belong to Wolfgang Puck's Postrio  Rambler actually occupies what was Postrio's bar and lounge, with its own street access on Post Street separate from the hotel entrance.

Eater has some photos of the handsome space, showing both the larger, wrap-around bar that seats eight with its adjacent lounge space, and the four-seat zinc-topped bar in the main dining room.

The bar manager is Simone Mims, formerly of Rich Table and Foreign Cinema, and she'll be curating a list of seasonal cocktails (that menu has not yet been made public).

See the full menu below, and you can start making reservations here. 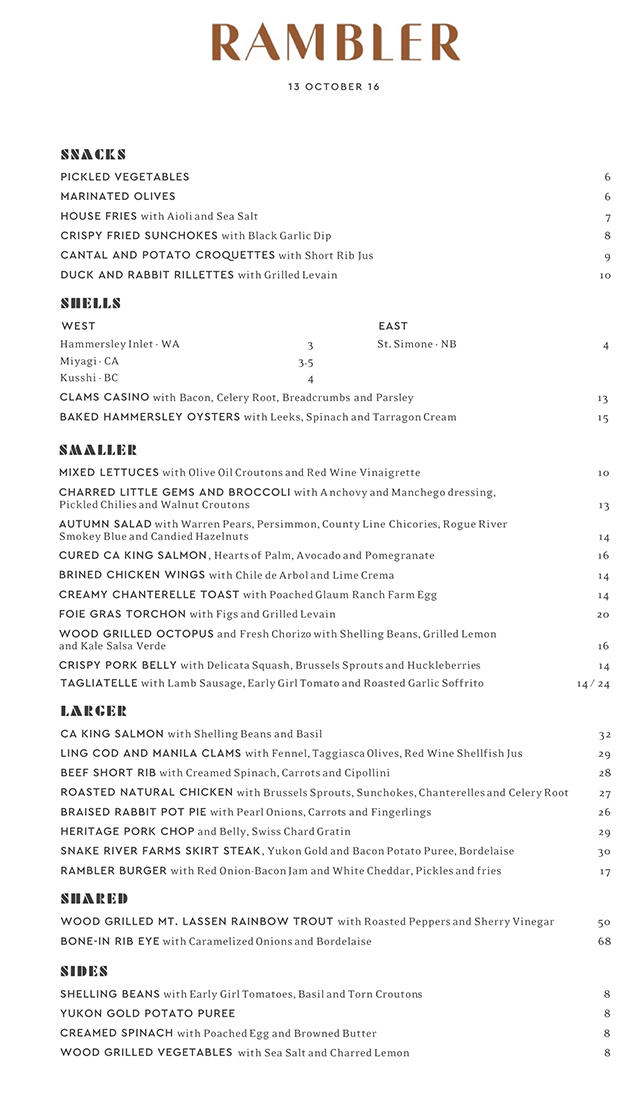 Wanna buy a lightly-used (maybe that's the problem) microblogging platform? Salesforce doesn't, as CEO Marc Benioff informs the Financial Times that his cloud computing company has walked away from a potential bid on

"This just got real." So wrote Facebook CEO Mark Zuckerberg yesterday after Robert Downey Jr. offered to record the voice of the tech titan's personal AI butler. As one of his always interesting

—
Introducing Rambler, Now Open At The Hotel Zeppelin
Share this