The family of a San Francisco man who disappeared earlier this month hasn't given up hope that they'll find him, saying that his cell phone still appears to be active.

Li, who reportedly suffers from bipolar disorder and depression, has disappeared before, but this is the longest he's been missing, his brother Aaron says.

"But when police arrived at the location, they did not see anyone resembling Adam, and his cell phone was turned off shortly after."

He's described as a 5' 7" Chinese male with a slim build, weighing in at about 140 pounds. He has black hair and brown eyes, his family says. 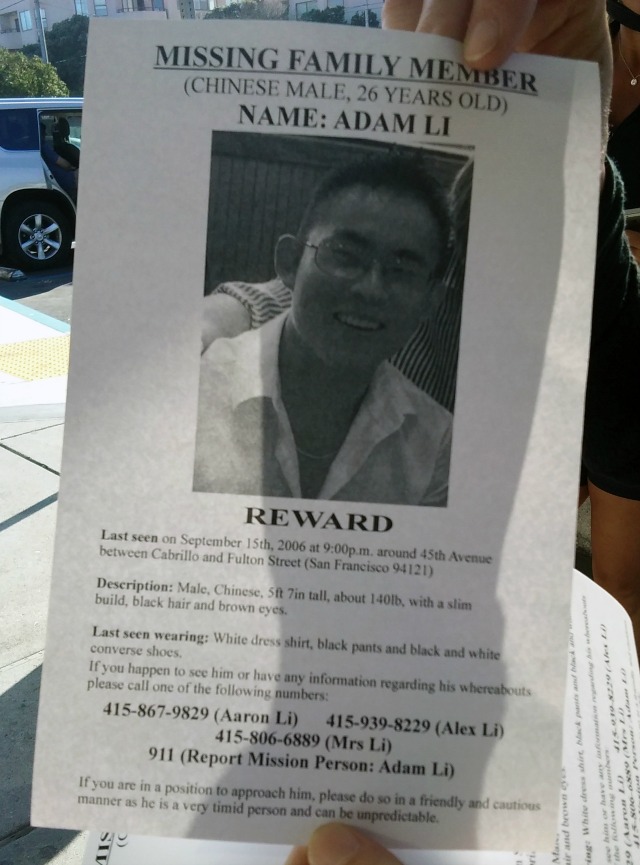 Don't mess with former NBA star and current mayor of Sacramento Kevin Johnson. That seems to be the takeaway this morning after a farm-to-table dinner event last night devolved into something a little

Even as the future of California's death penalty hangs on two November ballot measures, a judge ruled Wednesday that the man convicted of a high-profile double murder in the East Bay should be