The last thing Justin Liszanckie remembers of his bike ride on July 19 is heading west on Brannan to turn south on Fourth. "It wasn't until a few hours later, getting my ear sutured back together, that I remember anything else," he tells SFist.

Liszanckie collided with a car — or the reverse, or some combination of the two — causing a litany of critical injuries, as he originally told Streetsblog: “Three broken bones around the orbit of my right eye. Extensive lacerations on the right side of my face and ear. A fourth fracture in my right side nasal bone. Two broken vertebrae on the right side of neck, two broken ribs, a broken right pelvis.”

With a number of San Francisco cyclists killed in similar collisions recently, Liszanckie feels lucky to be alive. Other than that, he doesn't feel like he's had much luck at all. 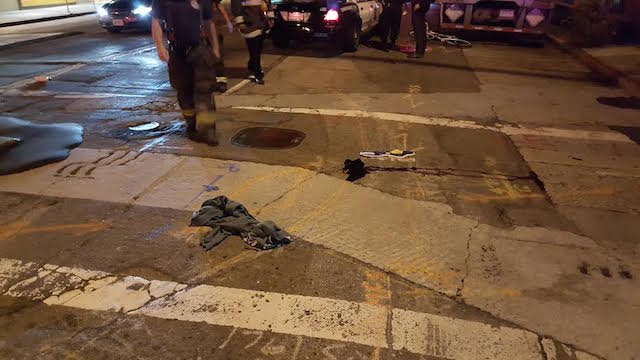 Unconscious for five minutes at the scene of the accident, Liszanckie was of course unable to provide a statement to police. At the hospital, they never asked for one either. Instead, he was simply handed a traffic citation for $238.

"Honestly, the ticket is just kind of the cherry on top," says Liszanckie. "Even if I can get that overturned, I still have to deal with a police report that makes assumptions on facts that my lawyer is having to deal with in terms of liability."

Add that to medical bills and lost wages. "I suffered a pretty serious concussion, and honestly I feel like the neurological rehab is one of the things that's going to persist." An actor and online marketer, Liszanckie is currently on disability. He spent ten days at SF General, first in the emergency room, then in the ICU, and finally in a standard hospital bed.

Open questions in the accident include whether Liszanckie ran a red light or crossed over the double yellow line to make his left, or whether the driver ran a red — perhaps while going as fast as 45 mph — or some combination of those events.

"We don’t exactly know what happened," Michael Stephenson, an attorney with Bay Area Bicycle Law assisting Liszanckie tells Streetsblog. But, he explains, "Our big beef with a case like this is the officer. Officers typically are very black and white and simplistic about how a collision happens.”

The only witnesses the police consulted were the driver and the driver of another car, and Liszanckie says that doesn't represent due diligence. For example, he tells Streetsblog,“The most infuriating part of this to me is the police officer made a note that there’s a bank, there’s a Wells Fargo and they might have video evidence. But that was it. Nobody followed up.” For his part, he hasn't been able to get the bank to turn over the video.

As a regular cyclist for eight years, Liszanckie has had "a couple minor dustups," and knows to use a headlight, as he did on the night of the accident. But he's never experienced "anything where a windshield got thrown into my head." Now he'll contest the ticket and plead his case in court on the 28th. 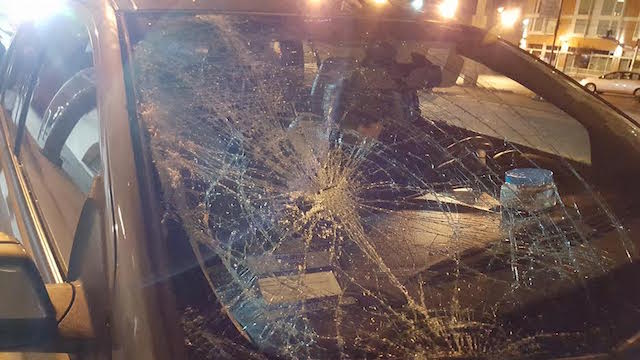 In the future, after his recovery, Liszanckie might add a camera to his setup — "I think the biggest thing I feel like I could have done to change something, would have been to be wearing [a camera]." Beyond that, what can you do? Of course, "better infrastructure would be great." But accidents will happen. As such, "the way the police try to handle these situations is frustrating," he emphasizes above all. "Most cyclists don't really get a fair shake. There are too many cops that see things from motorists point of view."

The crosswalks at 18th and Castro, installed with bright rainbow stripes made of inlaid colored asphalt two years ago this month, are getting regraded and repaved tonight in preparation for a re-rainbowing next

The interim plan for the big restaurant space at Bon Marché Brasserie, closed since last month, is to become an extension of sorts to The Market next door, according to owner Matt Semmelhack.

—
After Colliding With A Car, This Cyclist Woke Up In The Hospital &#8212; To A Traffic Citation
Share this