The typical lines for Tartine have migrated deeper down 18th Street, from Guerrero to, now, Alabama Street. There, inside the Heath Ceramics building, Tartine Manufactory is now open, and the much-anticipated all-day spinoff of the celebrated Mission patisserie and bread mecca is already abuzz. 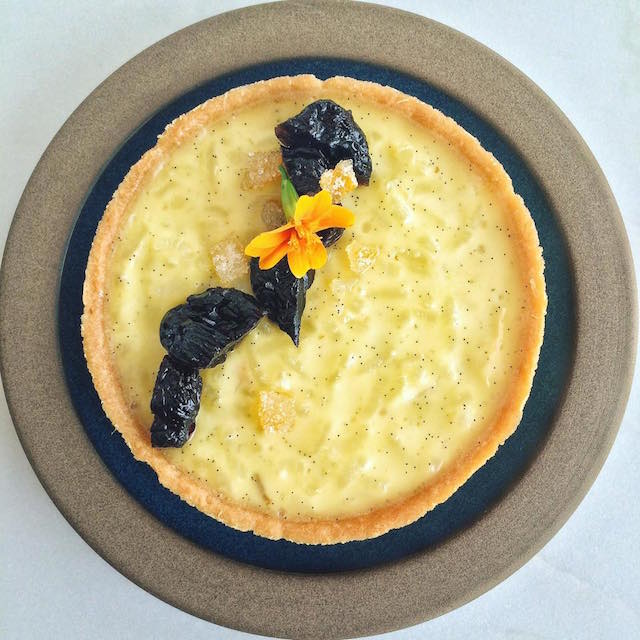 Husband-and-wife owners and partners Chad Robertson and Elisabeth Prueitt announced the Manufactory project back in 2014, though some ideas for it, such as a merger with Blue Bottle never, for better or worse, materialized. Even now, the Manufactory isn't quite complete, with an exciting ice cream component, the Cookies & Cream ice cream stand, not yet operational. But sandwiches, salads, bread, and "afternoon desserts" are all available and very lovely to look at. 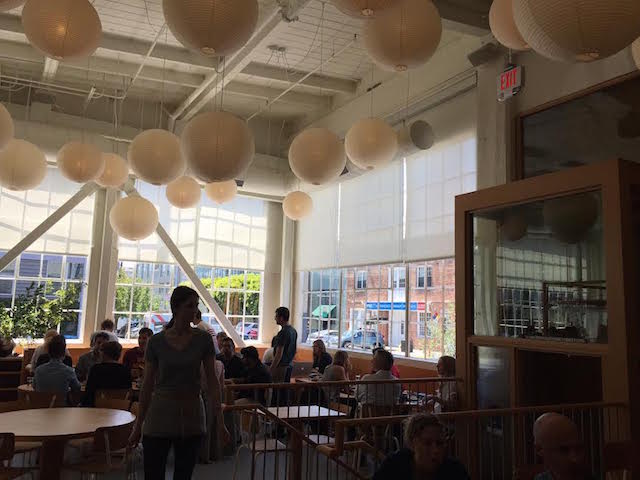 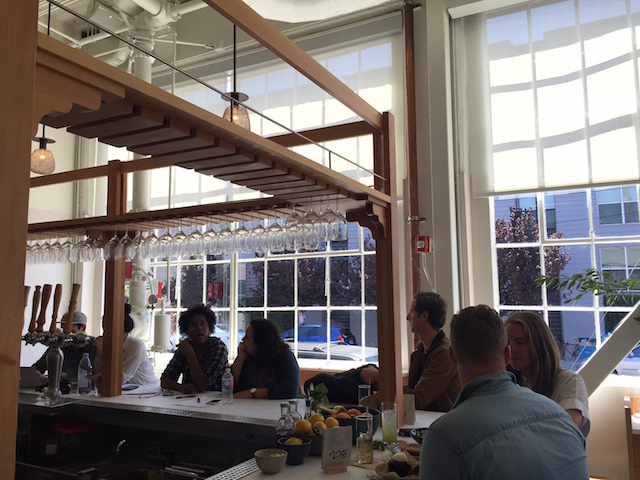 The smart, somewhat spare space — gallery-chic but still lived-in — was designed by L.A.-based studio Commune. It's broken into several sections including a dining bar, a pastry counter, and a coffee bar space, with tables and booths throughout. By night, though not yet, Tartine Manufactory will be a full service, 120-seat restaurant, for which there's plenty of room.

Oh, and it goes without saying that all the plates and bowls, like handsome frames for Tartine's very pretty food, are from Heath Ceramics. Consider them locally sourced. 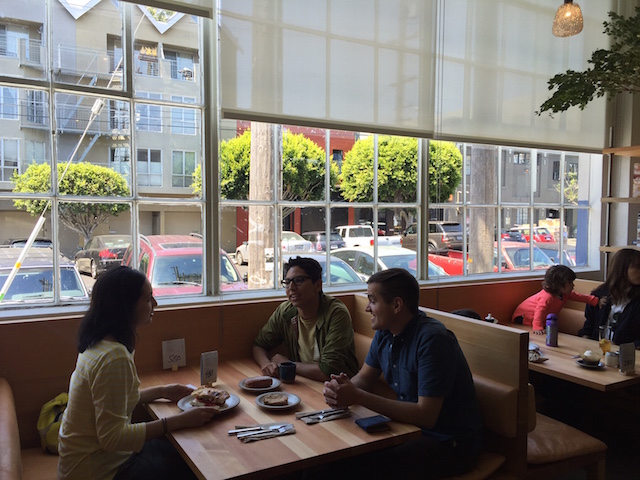 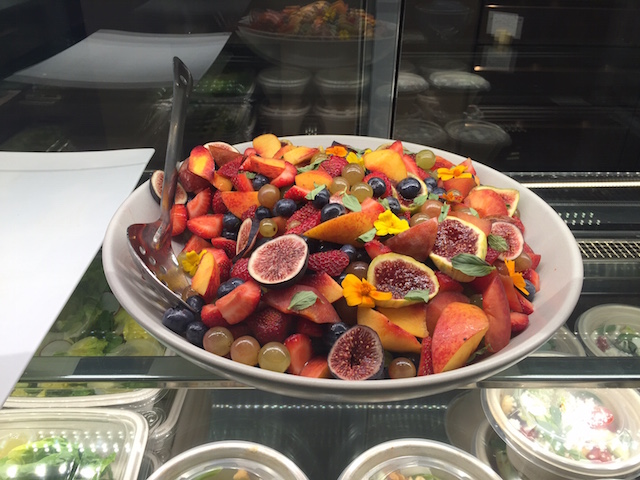 Come fall, look for savory chef Sam Goinsalvos, who comes from Il Buco Alimentari in New York, to take charge over the dinner portion of things. Until then, it's breakfast and lunch only.

Previously: Tartine Manufactory Set To Open In Early August At 18th And Alabama

Houseboat culture in Marin: It seems so romantic! Now you could own one of your very own if you happen to be willing to spend as much as you would for a luxury

The Castro is about to get two new restaurant options in spaces that have lain dormant for the last year along Market Street: Nomica, a new, modern Japanese spot from the team behind