San Francisco has some of the greatest scenery in the world, but this week much of the city has ignored that scenery and glued its collective noses to smartphones to play Pokémon Go. The suddenly ubiquitous mobile game that requires you to get “on your feet and step outside” has led to an outbreak of hitherto new behaviors in our city’s public sidewalks, streets, and parks. SFist went hunting in the wild to note the curious rash of new habits in our pocket-monster habitat, and how San Franciscans’ behavior has changed since this past weekend — for better and worse. 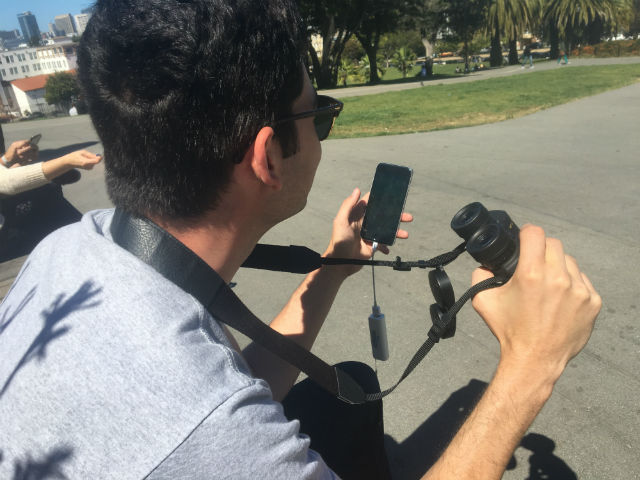 Wearing Binoculars While Hunting Pokémon
This fellow brought his binoculars with him to hunt Pokémon in Dolores Park. He insisted he was also bird-watching while Pokémon hunting. “There’s a hawk over there and a Zubat over there,” he told SFist.

Also notice the external battery charger dongle dangling away here. Boy, have I seen a lot of that shit the last few days. 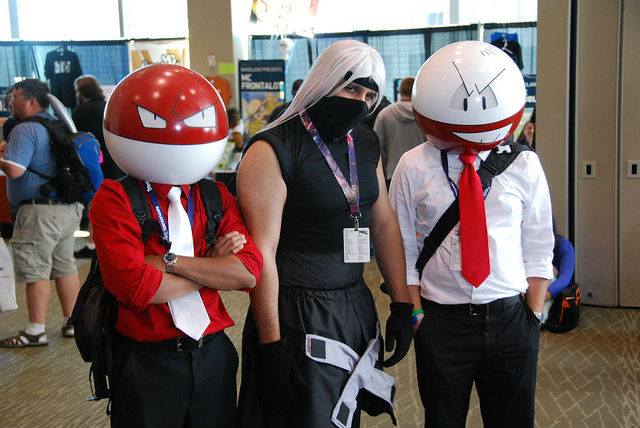 Getting Victimized By Theft And Assault
We have at least one report of a theft and assault of Pokemon-distracted pedestrians in San Francisco, which was a strong-arm theft of two teens' smartphone(s) Sunday in the Excelsior. SFPD has issued Pokémon Go safety tips, which deserve reading during those periods when your game’s servers have crashed.

As SFist noted this morning, “at least six other non-Pokémon-related cell phone thefts went down last weekend”. So these crimes are not unique to Pokémon Go players. That said, I played for three hours yesterday and cannot believe the number of ignorantly distracted behaviors in which I engaged just ‘cause I wanted that Staryu I didn’t have yet. Catching ‘em can wait, people — these are non-virtual monsters and they follow you around! 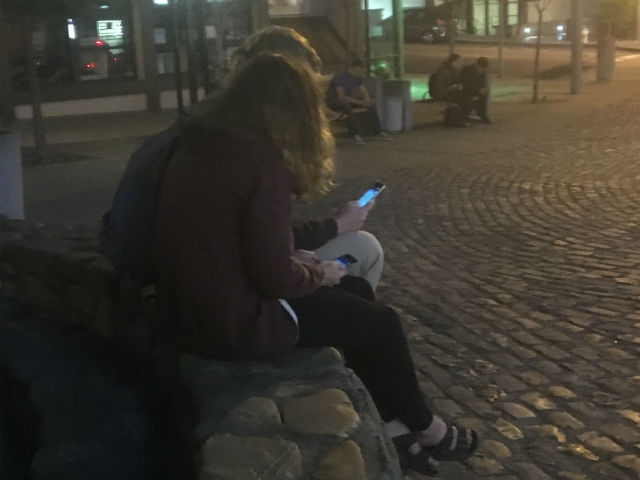 Unromantic Dating
You think dating in San Francisco was bad before? Wait ‘til you endure that special indignity of a date who’s more interested in getting another Poliwag than getting into your pants. If you think that romance is still alive, take a walk around Japantown during normal date-night hours and your faith in romance will be brought to a complete halt. 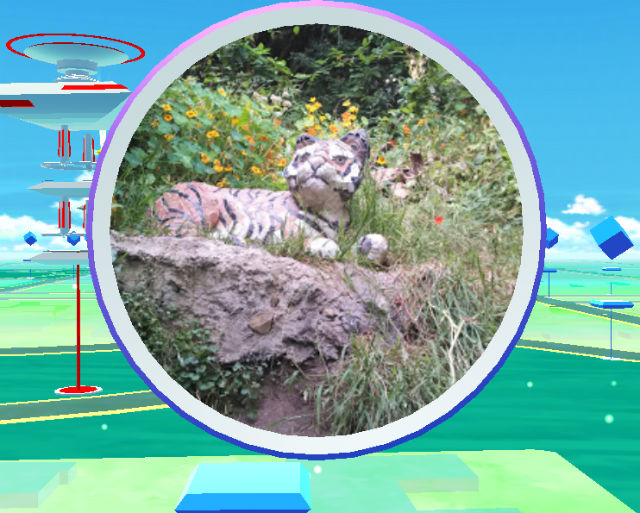 Finding Fabulously Obscure Landmarks
Were it not for this silly game, I may have never discovered this magnificent mosaic tile tiger tucked away on the Filbert Steps to Coit Tower. Many of the PokéStops are obscure, fantastic little landmarks and secret works of art that really do uncover some hidden spirit to restore our jaded faith in modern-day San Francisco.

#SanFrancisco #PokemonGO fans....
...what are the weirdest Pokestops you've found? Or places to find Pokemon? pic.twitter.com/58pqPihCTV

Screwing With People On Muni
“Two girls were pointing at me and laughing on Muni this morning,” a friend told me yesterday. “I didn’t know why. Turns out I just had a Caterpie on me.”
Playing Pokémon Go on Muni is harmless enough, and a fine way to pass the time. This is not OK on all forms of street transit, though....

when you realize your uber swerving cause they tryna catch a pokemon pic.twitter.com/gQ4aVaqtJE

Driving While Pokemon Hunting
This alleged incident took place in New York, not San Francisco. But I’ve seen a number of similar (albeit unverified) complaints on social media of rideshare drivers engaging in an active Pokémon Go session on their dashboard smartphone mounts. This probably won’t end well. 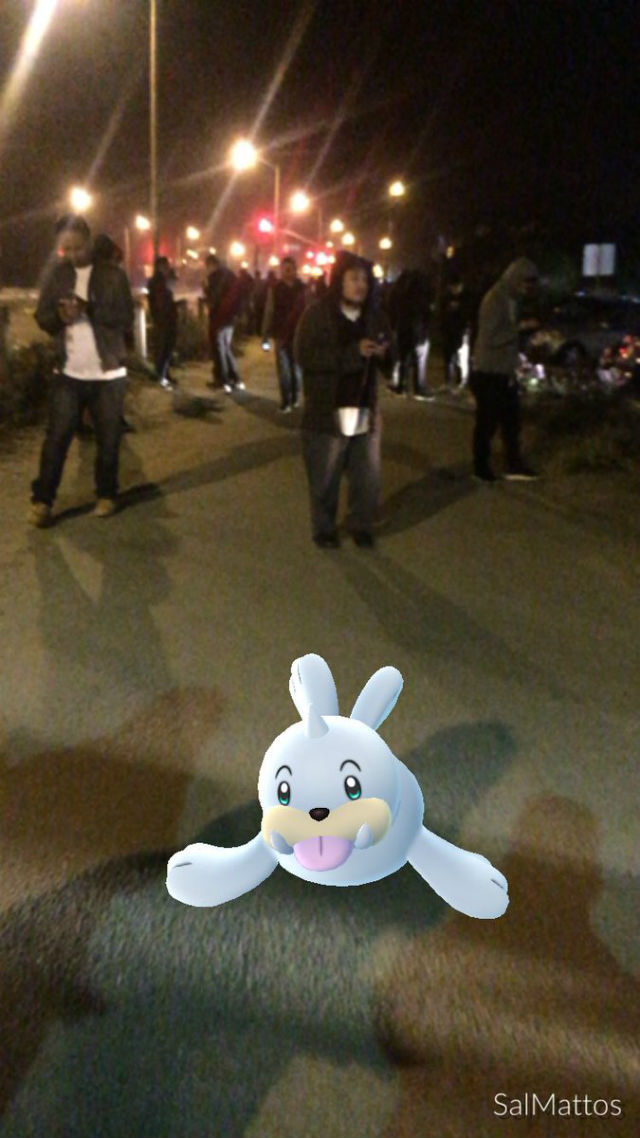 Parks, especially those bordering water, are indeed hot spots for Pokemon catching. While my results differed from Curbed’s Where to Catch 99 Pokémon in San Francisco map, there is definitely a correlation between aquatic monster occurrence in places like the Ferry Building and Fisherman’s Wharf, and flocks of feathered flying monsters in high-altitude spots like Coit Tower. 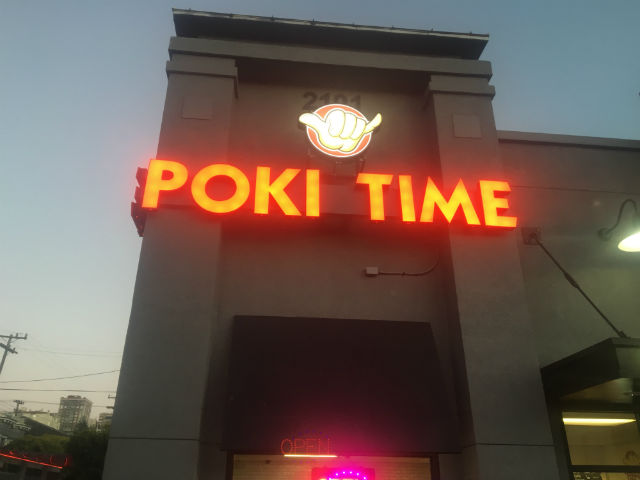 Using Nerdishly Specific Lingo
As a child of the 80s who spent the original Pokemon era occupied with drugs and zines instead of Gameboys and cartoons, I call my monsters “ostriches”, “sand armadillos”, and “little snakes”. This never fails to draw a stern rebuke from Pokémon Go players who quickly correct me with the monsters’ Pokemon-specific names and perhaps do not realize that many of these animals are based on those that occur in actual nature.

Meeting Cool Strangers
Pokémon Go players do actually connect and talk to one another. Well, they do not talk to each other in the classic sense of “What’s your name?”, “What do you do?”, or “Hope your Aunt Tilly’s chemo treatments are going okay”, instead they just talk about imaginary dragons and seahorses. But it’s a start. There is eye contact and human speech involved. And they do tend to end their conversations with “Have fun” or “Good luck”, so the existential fabric of society may survive this yet.

Have you been yet to the rad new ping-pong-themed bar, SPiN, partly owned by Susan Sarandon, that opened in May at Folsom and Third? Well, next Thursday, July 21, could be a good

Over at Humphry Slocombe, starting August 1, you'll be able to enjoy a new ice cream flavor named in honor of the great San Francisco drag star Peaches Christ, and her new West