Over at Humphry Slocombe, starting August 1, you'll be able to enjoy a new ice cream flavor named in honor of the great San Francisco drag star Peaches Christ, and her new West Coast premiere of Showgirls! The Musical!. The flavor, appropriately enough given Peaches' annual tradition of Castro Theatre presentations of Showgirls the movie, complete with live pre-show and "a free lapdance with every large popcorn," is Peaches and Popcorn (PNP), a buttered-popcorn flavor with peaches.

Announcing the new flavor, Humphry Slocombe's Jake Godby writes, "Nomi Malone asked for a burger, fries, and a soda, and got brown rice, vegetables, and an Evian, but that won't happen to you."

The ice cream will be available at Humphry Slocombe's 24th and Harrison and Ferry Building locations for the full month of August.

Showgirls! The Musical! meanwhile will be playing at the Victoria Theater on 16th Street from August 10 to August 20, starring Peaches as Cristal, and the New York cast's star April Kidwell as Nomi. Peaches alter-ego, Joshua Grannell, directs, and you can see a trailer from the original New York production below.

The show, an authorized parody of the film, was a minor hit off-Broadway after opening in 2013, garnering reviews like "even sleazier and funnier than the movie," from Michael Musto, and "Better than a 10-inch dick" from Gawker. 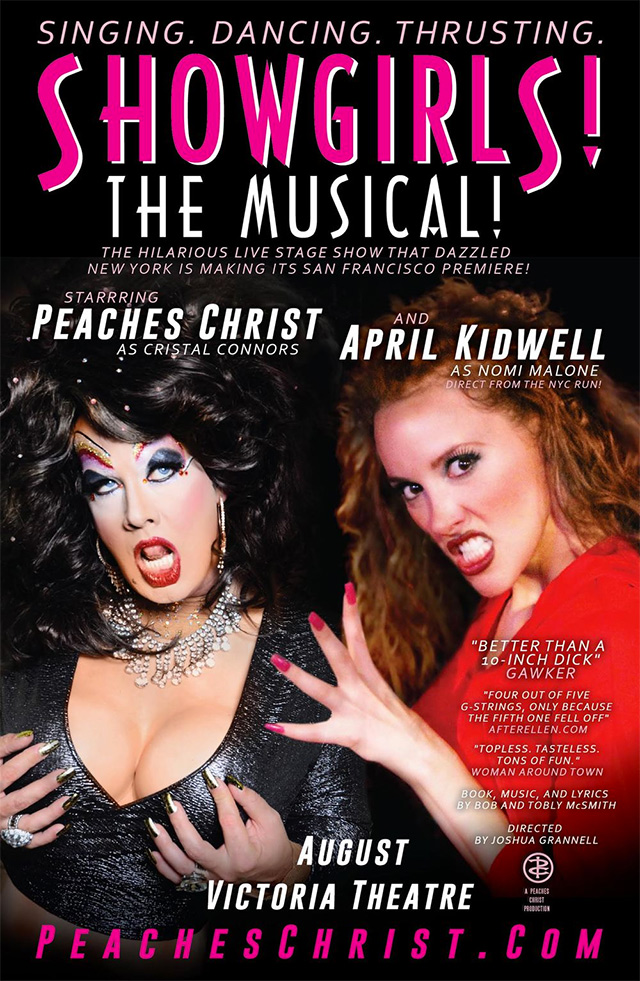 San Francisco has some of the greatest scenery in the world, but this week much of the city has ignored that scenery and glued its collective noses to smartphones to play Pokémon Go.

In preparation for the Republican Party's national convention, that party's delegates have unanimously adopted an amendment to their highly conservative draft platform referring to pornography as "a public health crisis" and a "public

—
In Honor Of <i>Showgirls! The Musical!</i>, Drag Star Peaches Christ Gets Ice Cream Named After Her
Share this