Five men were arrested Friday by the Vacaville Police Department for allegedly stealing almost $5,000 in Red Bull from area supermarkets. Police caught up to the men on I-80 and managed to take the four adults and one minor into custody — in the process discovering the large stash of energy drinks in the back of a rented U-Haul.

"Red Bull gives you wings...or in this case, a pair of shiny bracelets and some time in jail," reads the Vacaville Police Department Facebook page. "That's what five men from Oakland discovered after stealing $4,700 in Red Bull!"

According to police, the men had been spotted at one grocery store stealing a cart of the highly caffeinated and addictive drink before loading it into a van. When police caught up to the group and found a van overflowing with the sugary beverage, they suspected the five had likely targeted numerous stores.

KRON4 reports that the four adults were booked into county jail, while the minor was sent to juvenile hall. Adult suspects' ages ranged from 19 to 30, and charges include burglary, possession of stolen property, and conspiracy. One of the suspects was also charged with a probation violation and driving on a suspended license. 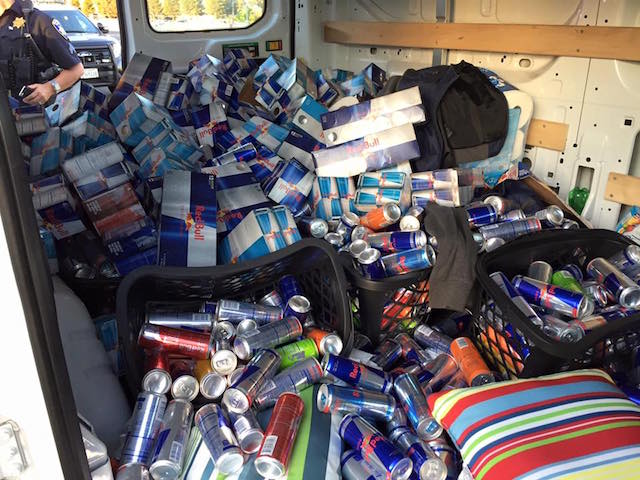 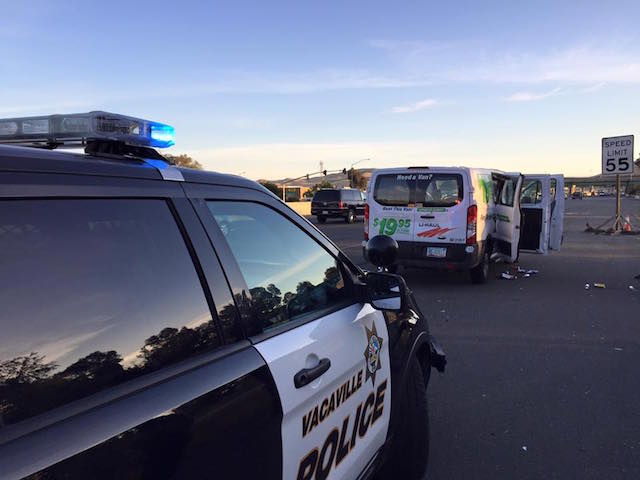 Related: 2,500 Dumped Chickens Cause I-80 Backup In Vacaville

A continuing increase in crude oil prices has led to hikes in gas prices across the United States — and no one is paying more at the pump than, you guessed it, folks in

The temporary, emergency shelter at Pier 80 will be shut down by the city after a two-month extension, on July 1, and as SF Weekly reports, there's no immediate plan for where to