Behind the former Church Street Blockbuster, which the elderly will recall was a chain of stores that were like physical Netflix spaces, lies an empty parking lot at 55 Belcher. Now there are plans in the works for a four-story, 25-unit condo building there, Socketsite reports. Realtor.com estimates the site's worth to be $1,728,077. 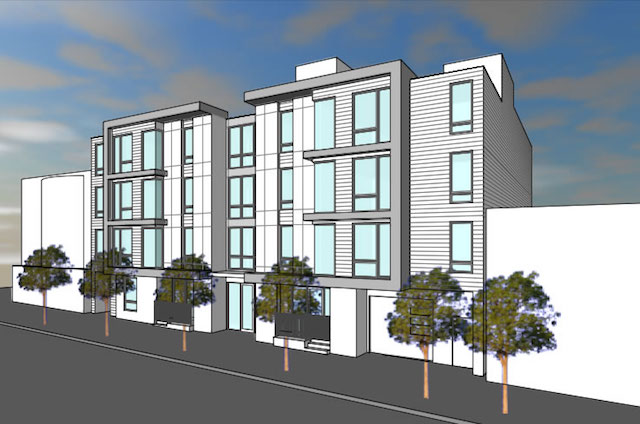 The building would be 40 feet tall and include a 12-car garage, though of course, the area is one of the most transit-accessible in the city. As for the Blockbuster space itself at 158 Church? No plans yet. Correction: plans are in the works for a crossfit gym at the site, or at least they were as of last summer according to Hoodline. "We've been hung up in the permit process for improvements to the building," a Flagship CrossFit representative said at that time.

Sure, the middle of this week (Wednesday) will be hot and gorgeous, but by the weekend you'll be back in your layers and possibly even looking to cower indoors. With all that in