Here's one way to make your expensive SoMa rental a lot less expensive: Fill it with three more people and charge them $1,350 apiece! This particular Craigslist ad caught my eye because it was advertising a $1,350 room in the Mission District, which sounded like a downright steal, but then I saw the poster/leaseholder in this case actually has no idea what neighborhood he is in. 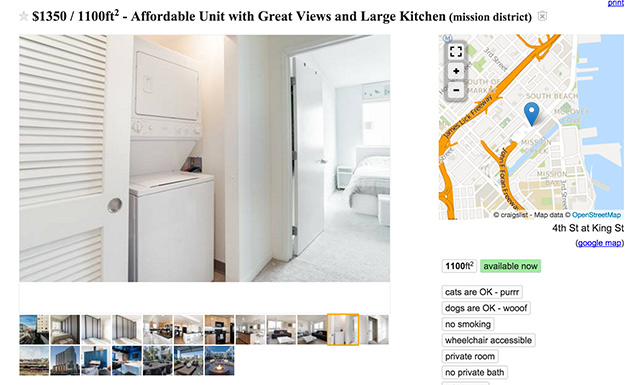 Sorry, newcomer, Mission Creek and Mission Bay are not in the Mission, and that map point at 4th and King is technically in SoMa. But, as the photos in the post show, this building is actually The Azure, the newly opened luxury rental on the other side of the creek in Mission Bay, on Long Bridge Street.

But, moving on, this presumably two-bedroom apartment (he doesn't say, only says that it's 1,100 square feet with two bathrooms) is likely renting for north of $5,000, and via the leasing website we see that tower units with views, as this one appears to be, start around $5,200.

Right, so, he's possibly talking about keeping one bedroom to himself and then dividing the other bedroom into two, since a photo shows only one of the "heavy duty" room partitions he describes  though he's also possibly proposing dividing both bedrooms. He's open to couples, though, which could get awkward if he, as master tenant, takes the bedroom, and forces the couple and one other person to share the partitioned room. But let's take it as a given that he has not had the forethought to cycle through that scenario and the social dynamics it will engender.

Let's assume that $1,350 would be the even split for 4 people, meaning the total rent is $5,400  and our leaseholder here stands to get a bedroom all to himself for that bargain price, if he finds takers for this split.

Below, an illustration of how the partition works. Note that it runs right into a closet. Who gets the closet? Does he know how much clothing a female roommate might bring with her? 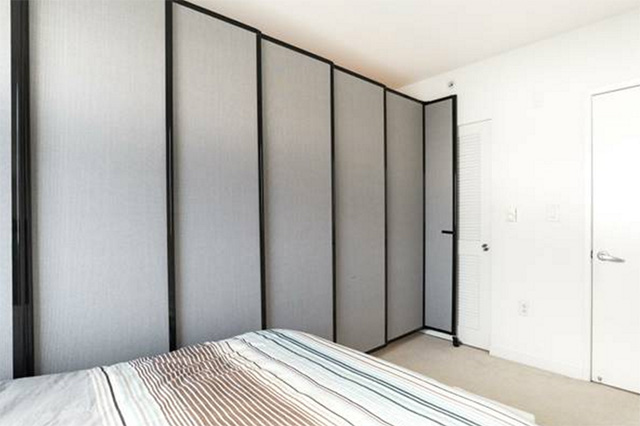 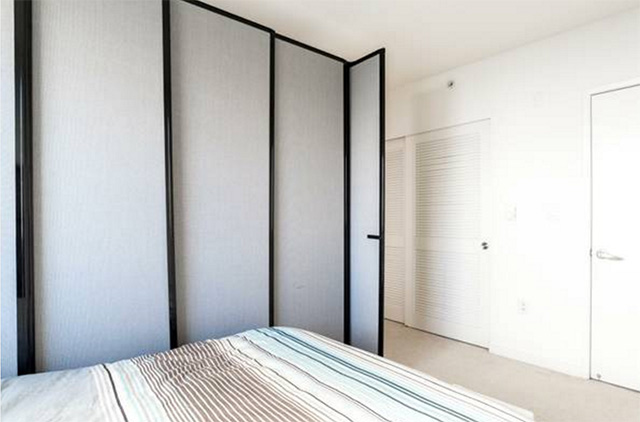 Now, in this photo, which may just have been an illustration of a staged, furnished unit taken from the building's website, you see a bright bedroom tucked over by the laundry, which might be our fellow's solo domain. 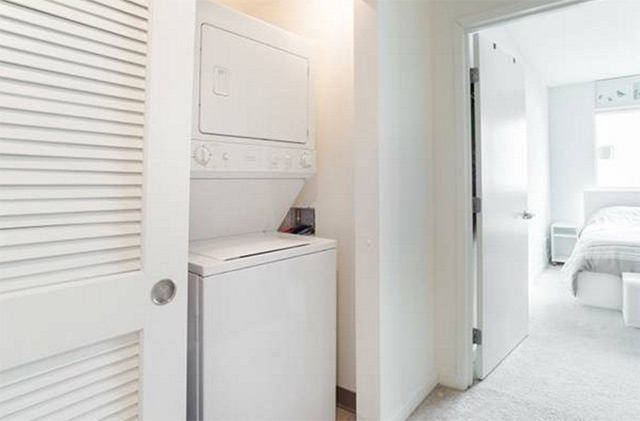 I'm assuming it's a he, by the way, only because most single women wouldn't be so cavalier saying "Guys or girls" and "Just looking for people to live with" and "open to individuals, pairs and triples." If he's open to pairs plural, that would mean potentially 5 people in this place?? Two couples having sex on either side of a thin, retractable divider?

Let's also assume that this is a guy recently out of college, with parents who cosigned for this place, who is earning an OK wage but obviously not enough to afford this place as an even, two-person split, i.e. $2,700 a month. Also, he's young enough to believe that this arrangement will be perfectly comfortable and fair, and that no one needs their own closet.

The living room and kitchen, as shown (possibly staged) in these photos, look nice enough. 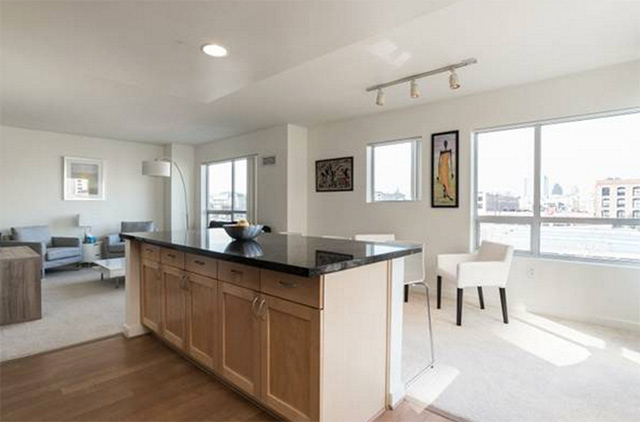 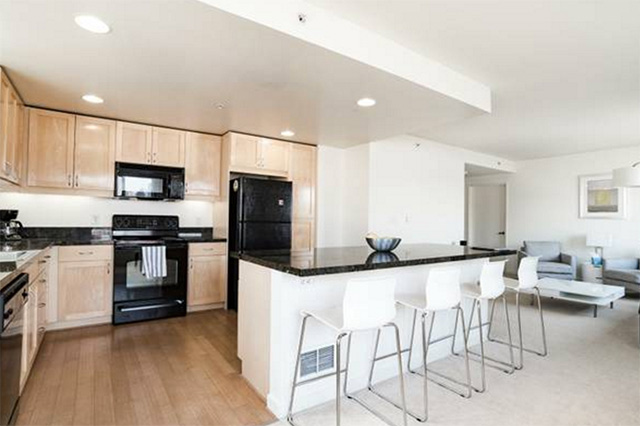 And he's included photos of the building's amenities and common spaces, like the roof deck, the patio with fire pits, and the downstairs fireplace lounge/party room.

Certainly it's not the most insane proposal, or the saddest arrangement, ever seen in this column, but it is a good example of what some people are having to do  in lieu of one of these miserable communes  to afford rents like these in These Troubled, Expensive Times, privacy be damned.

But that Mission District/Mission Bay mistake, god help him. He must have literally moved here yesterday.

A driver who lost control of his car while headed down Fulton Street hit a pedestrian and a building before flipping into a streetlight Thursday afternoon. According to ABC7, it was 2:30

After a day spent frolicking in the Panhandle, posing in Alamo Square Park, and driving aimlessly back and forth over the Golden Gate Bridge in a red convertible, I settled down to watch