It's finally, finally done. After nearly two years of almost constant construction, the entire Dolores Park is now open to the public. At around 8 a.m. today, workers could be seen taking down the last of the fencing, revealing wonderfully lush, fresh grass.

And yes, this reporter witnessed several people already posted up lounging on the new sod this brisk morning.

The removal of the chain-link fences and opening of the south side of the park comes just in time for tonight's scheduled "light up the new Dolores Park" party. The celebration, which runs from 4 p.m. to 7 p.m., is a rescheduled one after the original opening date was postponed due to concerns regarding weather.

It's been a long road for the renovation of the park, which originally was slated to close entirely for at least a year. Thankfully, that did not happen and a staggered approach of closing the northern half first, then closing the southern half later, was eventually decided upon.

Tonight, as you celebrate the park's opening, maybe pour one out for the old, flood-prone, low-rent playground — in all its glory. 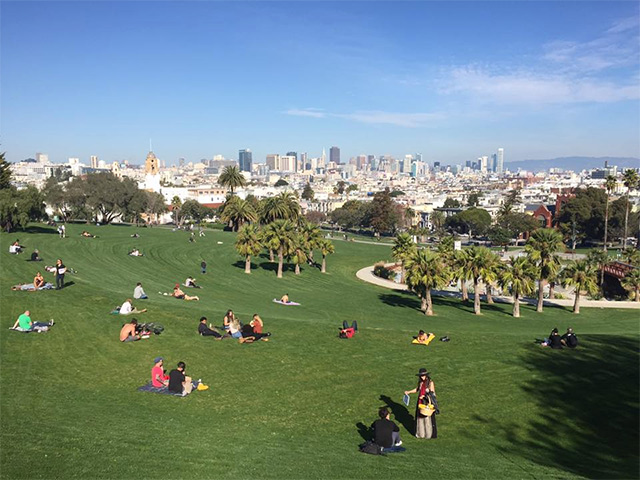 All previous coverage of Dolores Park.

Burning Man's stated goal: Create a temporary city ungoverned by the hierarchies, mores, and laws that elsewhere repress us. But with its nearly 66,000 attendees last year, the event does need to