Among the trove of historic photos SFist has been sharing from the Charles W. Cushman Collection at the Indiana University Archives, there are several that Cushman took on an afternoon stroll up Telegraph Hill to Coit Tower in March 1952 that deserve a special look.

Cushman found the above "oldster" as he describes him, walking a pet raccoon and feeding the animal grapes, seemingly out of his own mouth.

It's a classic image of San Francisco kook-dom but also one that's been lost to local history. A Redditor found one of the Cushman photos two years ago and posted it here  to which someone responded with a photo of a stylish woman in the 1970s walking her pet raccoon down Polk Street. So was this some kind of trend?

As we all know, raccoons can be kind of crazy/dangerous, even though Animal Control says they're not if they're not rabid.

Anyway, this old man had domesticated his little friend, as you can see below. Anyone who might no anyone who lived in the area at the time who might have known who this guy was is encouraged to email us at [email protected]. 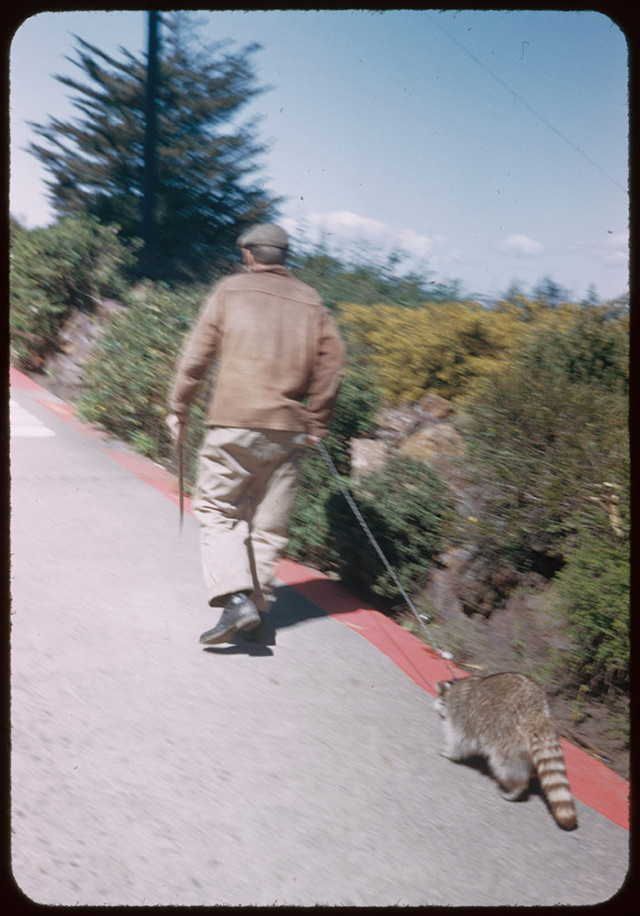 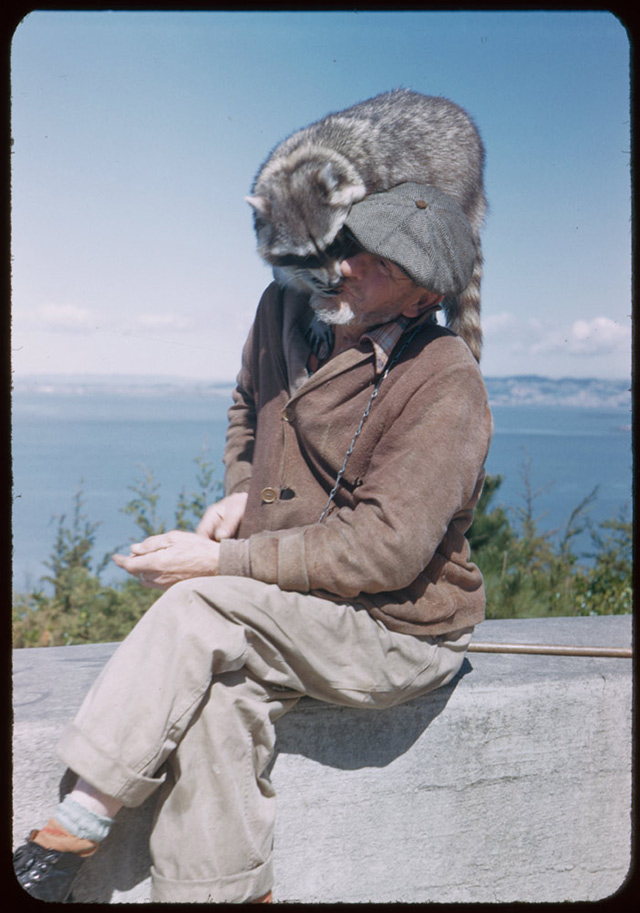 Previously: Take In The Views Of SF From Telegraph Hill, Chinatown, And Ocean Beach In 1952

Tragic news out of Big Sur today as two BASE jumpers have gone missing after leaping off the iconic Bixby Creek Bridge. Both are presumed dead. In a sad twist of fate, it

—
Who Was This Man With A Pet Raccoon On Telegraph Hill In The 1950's?
Share this