San Francisco cries a single, giant tear into its collective PBR tallboy today as we learn that the renovated south side of Dolores Park will not reopen this Thursday as planned. What's worse, the San Francisco Recreation and Park Department has provided no new opening date in light of the announcement.

As if that's not enough, to rub salt in our park-going wounds, Rec and Park tells us that the reason for the delay is "weather." Yes, weather.

"The south side opening and opening celebration for Dolores Park, scheduled for Thursday, January 14 from 4pm to 7pm has been postponed due to weather," begins the announcement. "The event will be rescheduled in the future," it concludes.

It seems that the opening date was "weather permitting" (see the update on this post), and unfortunately for all of us a 40 percent chance of rain is apparently enough to indefinitely postpone the full opening of the park

While we can maybe understand why the possibility of rain might result in the postponement of the opening celebration, it is a little harder to grasp why that means the south side of the park itself still must remain closed with the fences up. In the end, it perhaps doesn't speak well of the $20.5 million project that a wet week means the newly renovated south side must remain off limits.

After all, the rain is not expected to stop anytime soon.. 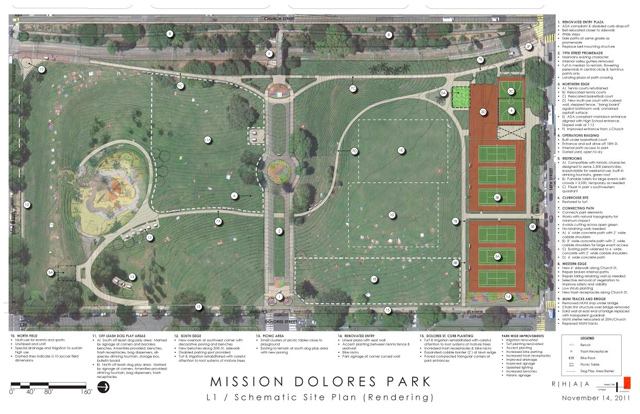 Sean Rad, the 29-year-old CEO of Tinder who now infamously didn't know the meaning of the word "sodomy", now tells Fast Company he has an "above average" desirability rating. What's this? Internally, it's

Airman 1st Class Spencer Stone, who hails from Sacramento, will be Michelle Obama's date tonight at the President's final State of the Union address  or he will be one of her invited guests,