A scary situation unfolded late Wednesday afternoon at the Mission District's St. Luke's Hospital campus at 3555 Cesar Chavez in which a man was reportedly firing a gun first at the hospital, and then at arriving police officers. NBC Bay Area reported that police ordered everyone in the area to shelter in place, and streets were blocked off within a two-block radius as the situation was handled.

SFist's Jack Morse was near the scene and reported that the incident centered not around the main hospital tower on the campus but on the construction site that will be the replacement hospital along San Jose Avenue. The structure is just underway this year and scheduled to be completed in 2020. Much of San Jose Avenue was shut down as a result.

A group of construction workers who had been at work at the site were evacuated and were being held a couple blocks from the site. One of the workers told SFist that the shooter was a Hispanic male with a tattoo on his face who had both a shotgun and a pistol. What sounded like gunshots, perhaps from those weapons, rang out at around 4 p.m.

SFPD officers were attempting to subdue or distract the armed individual with flash bangs. Subsequently, NBC Bay Area reported seeing a man "slumped over on a construction elevator."

KRON 4 also reported that the gunman died, which the Chronicle confirms. The man was described as wearing white overalls and a dark shirt.

Update: The gunman has been identified as 25-year-old Javier Ivan Lopez Garcia. He was aiming toward the hospital tower when police arrived, at which point he began shooting at them. Remarkably, apart from the death of the gunman, there were no injuries. 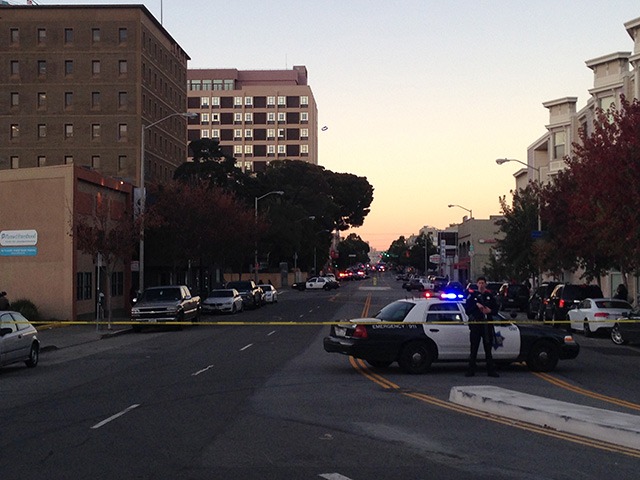 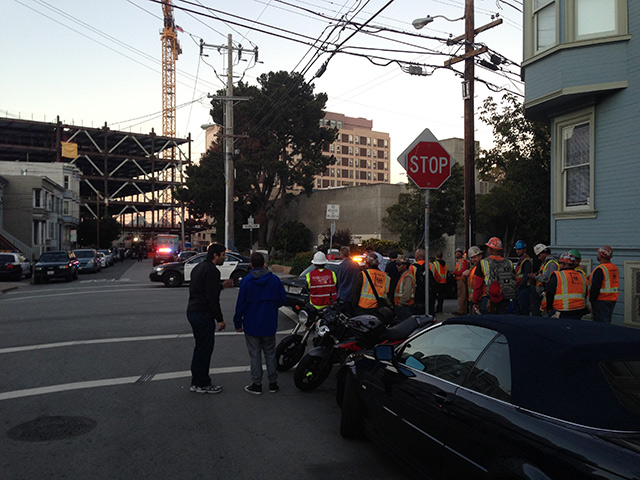 ACTIVE SHOOTER: Police blocking off all streets within 2 blocks of St Luke's Hospital where active shooter on roof. Unknown injuries.

Uber charges a 25 cent processing fee for every $5 Veterans Day donation made on the app. [Observer] Snapchat and Dropbox valuations are the latest signs of a market correction. [NY Times] Will

Fancy yourself a real go-getter? Someone who can effectively be a liaison between commercial interests and regulatory bodies while effectively putting to use your master's degree in public policy? Do you also happen