Announced two weeks ago amid a bit of cultivated mystery, Apple is taking over San Francisco's Bill Graham Civic Auditorium this morning for a larger (in scale) than usual product release. They might be compensating for something, since by the time you get to the 6S version of anything — that's the phone that's expected — a bit of boredom is inevitable. Everyone seems to be asking if Apple product releases have become rote events that could possibly be exciting anymore. Steve Jobs is dead, and Tim Cook isn't all that lively (at least by comparison).

USA Today points out that these things don't hold the same sway with investors they once did. In fact, with each iteration of the same product, momentum slows.

But if you're still interested in seeing these products and the machinations of a large company trying to impress us, please, tune in to the liveblog here and follow along with the broadcast, which you need to watch on a Safari browser starting at 10 a.m. PST.

10:15 a.m. - We're kicking off with the iPad Pro, and Apple's senior vice president of worldwide marketing Phil Schiller has the stage.

10:25 a.m. - As expected, iPad Pro is bigger and faster than earlier versions of the device. Schiller is bragging, in fact that it is "faster than 80% of portable PCs shipped in the last 12 months."

Our kind of #AppleEvent & #AppleWatch. pic.twitter.com/7bhKcgx3Cp

And, there's a new Apple keyboard built to work exclusively with the iPad Pro. 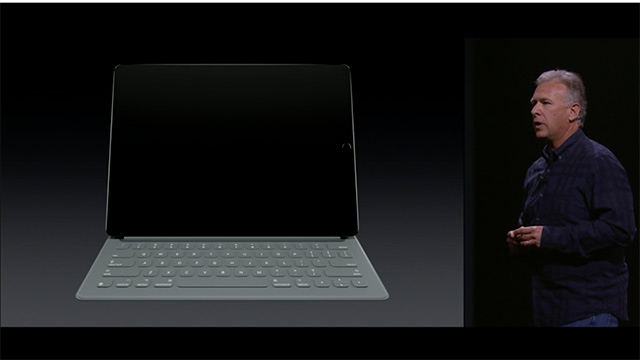 do people actually draw on text documents outside of commercials/tech demos, do people really wanna circle a graph, “sell more of this"

10:35 a.m. - Also as rumored, the the iPad Pro comes with a stylus, dubbed "Apple Pencil," which is "one of the most advanced technologies we've ever created," and is so precise it is capable of touching "a single pixel." 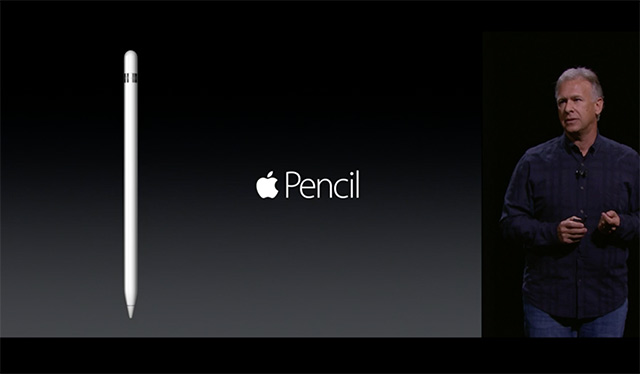 10:37 - Oh boy. Apple has partnered with Microsoft! And on stage is a rep from Microsoft discussing Microsoft Office software on the iPad Pro, in particular "high-impact" diagrams for Powerpoint. 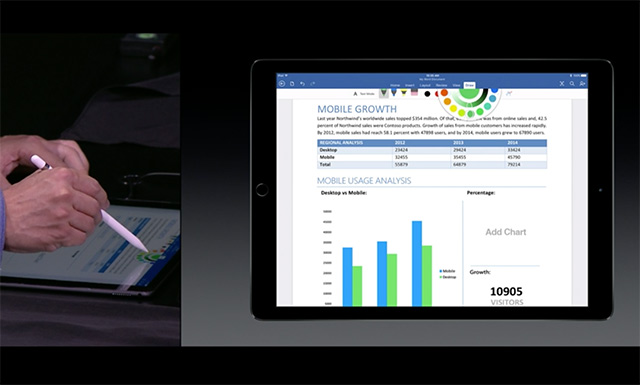 10:40 - And now coming to stage, Eric Snowden, director of design from Adobe, to discuss three new Adobe applications able to work on the iPad Pro. 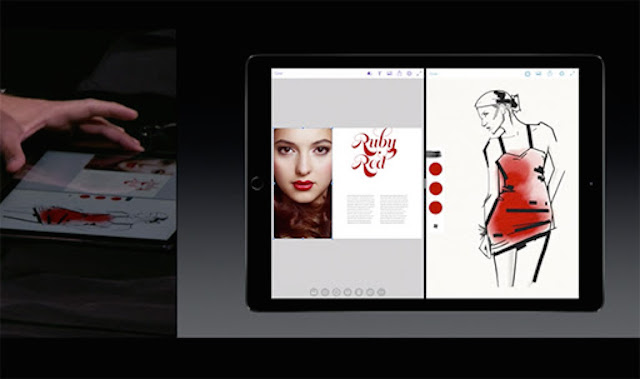 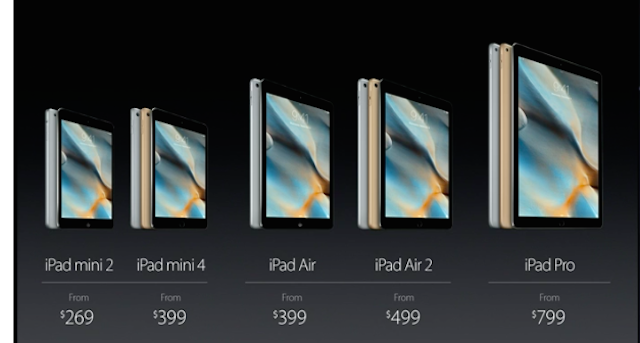 10:55 Let's talk TV! It really is the golden age of television, says Tim Cook. The future, he says, of TV is Apps. Yes, they're introducing an App Store for TV.

There is no browser on the Apple TV. Apps win!

"The future of TV is apps"

11:00 - Apple's game with TV seems to be making all content easier to access. Siri can search everything from iTunes to Netflix to Hulu. It starts with a new remote, which you can swipe — it's a glass interface. 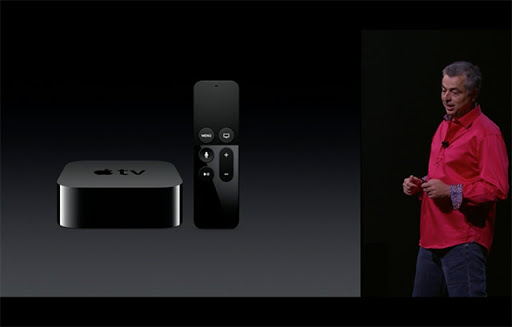 But you can also use Siri to search for things like, say "that Modern Family episode with Edward Norton." Seriously, that was their example.

Greeaaaat, now Siri gets to throw subtle shade at our TV selections too. #AppleEvent #AppleTV

Siri, can you fast forward to the part about the next iPhone?

11:10 - You'll also be able to play games on Apple TV — like Crossy Road, which is apparently Frogger. 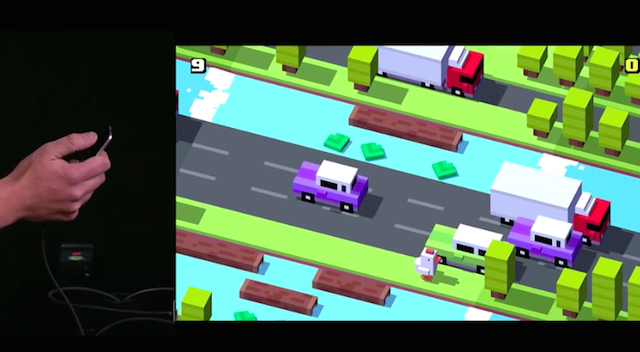 11:15 - In fact, Apple is positioning itself as a game console in its own right, with a remote that you can swing like a Wii remote.

So Apple teamed up to make sure they have their "Wii Sports" -- smart.

Gilt, the discount shopping website, is in the picture to shop from the couch, too.

11:20 - Apple is also rolling out sports-focused apps, including this upgrade MLB At Bat for the Apple TV, with the capability to watch multiple games at the same time, and toggle between them. 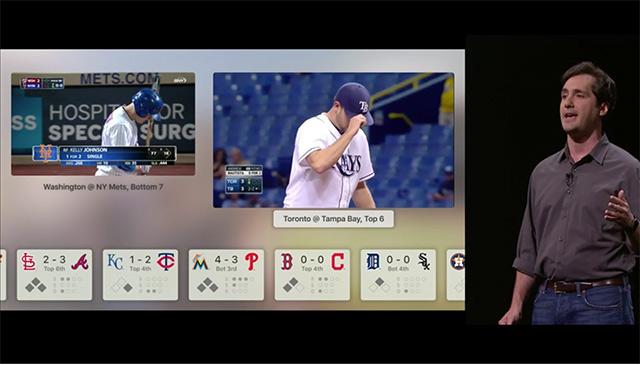 11:25 - The new Apple TV, the "foundation for the future of television," will come out in October. Here's how the price shakes out. 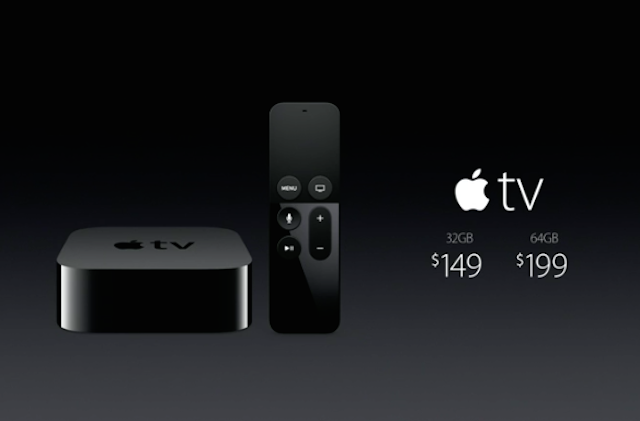 11:30 - "No product is more about innovation than iPhone," says Cook. "While they may look familiar, we have changed everything about these new iPhones," he says. One doesn't look familiar, that's for sure. The new rose gold iPhone #want. 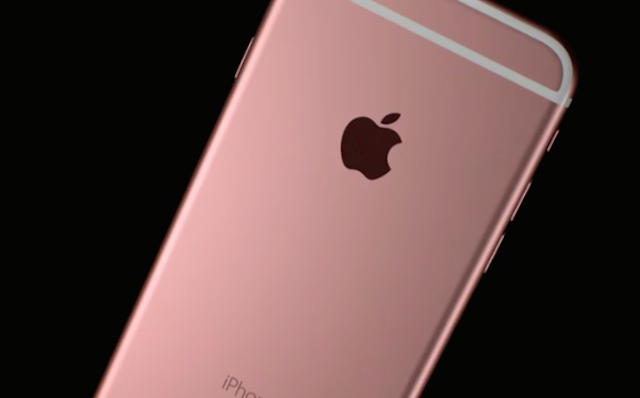 11:35 - Now Jonny Ive tells us all about 3D touch, with three levels of touch pressure allowing new capabilities for interacting with buttons and content in iOS9. 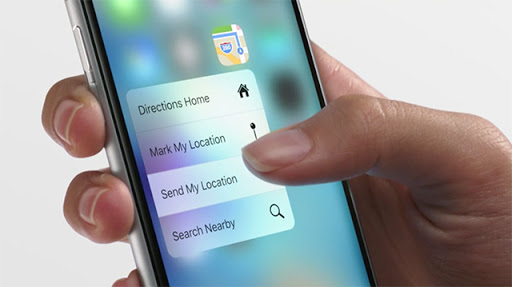 11:40 - Now, we're told, the more "natural" way to browse Instagram, with 3D touch. You know, press really hard if you really like a photo — well, okay, it's a little more complicated than that. 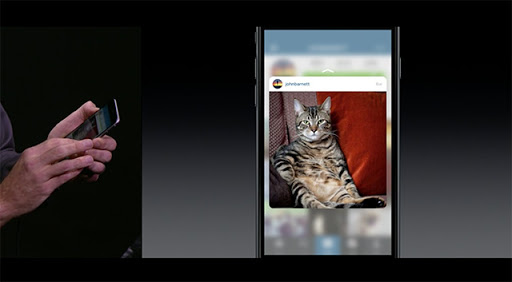 The facetime camera, or the one that faces you and is on the same side of the screen, is now 5 MP and your screen can act as a flash for that, too.

12:00 - You can preorder these September 12th, then it will be ready in two weeks from then. Here's the price — same as the past iteration. And all iPhone users can expect iOS 9 next week. 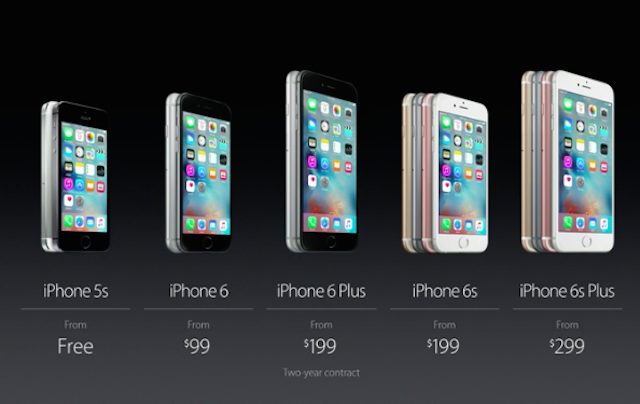 12:05 - Oh and one more thing. Or should I say One Republic more thing. The band came in to cap the show off — and dedicated a song to Tim Cook! 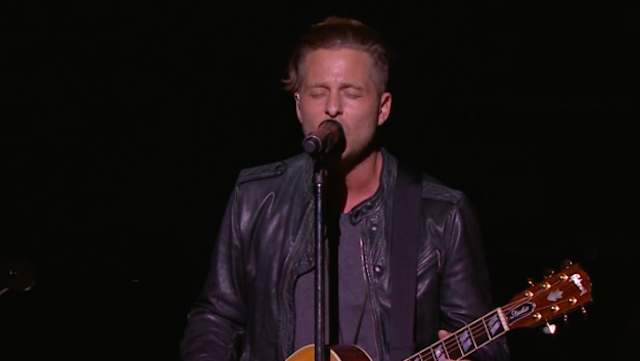 Mid performance of Good Life with @tim_cook at the @Apple event 15 min ago & yes, no filter 💥 #AppleEvent pic.twitter.com/YvZFOWWJzc

In conclusion, people are going to leave talking about how One Republic isn't very cool, how there's a rose gold iPhone, and how women don't seem to be in Apple's employ.

2/3 of women presenting were not AAPL employees. What does this say about company’s internal culture/pipeline? #AppleEvent

It's been a week of ups and downs for BART: while they made it through their second weekend of the Transbay Tube closure with nary a hitch, travel this week has been marred

A burglary took place at Monterey Deli (499 Monterey Boulevard), in the Sunnyside neighborhood, on the morning of August 29, and the entire thing was caught on surveillance video, both outside and inside