Last week, a 2-alarm fire struck the Outer Sunset haunt the Riptide, a bar frequently highlighted by SFist for its equally warm fireplace and atmosphere. Fire damage has now been estimated at a devastating $600,000, with CBS SF writing that half of the space's interior was entirely gutted.

But patrons with a special place for their favorite bar have found a way to support the Riptide and owners David Quinby and Les James. Now, Riptide manager Jean Fontana, has started a GoFundMe page (naturally), and that's already raised more than $12,000 in the effort to support the employees of the beloved dive. 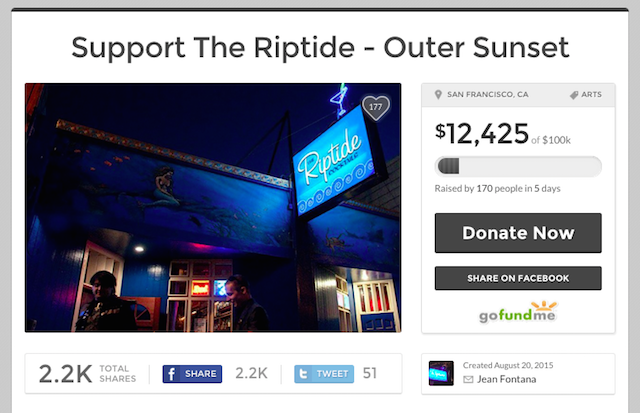 From the GoFundMe page:

"The Riptide has been a staple in the Outer Sunset and a frequented meeting spot for the community. Many locals know The Riptide as the spot to enjoy some of the best touring and local music acts including bluegrass, rock, jazz, blues, solo acoustic, country, and American roots music. Members of the SF Symphony have even performed there in quartets! The Riptide is the only live music venue in the Outer Sunset, and they have never charged a cover fee to a single person - welcoming all to enjoy great music. Many have also discovered their voice through open mic and karaoke nights at The Riptide, and enjoyed bingo and burlesque nights."

"The loss is devastating not only to residents and patrons, but for owners David Quinby and Les James, who sustained roughly $600,000 in damage due to the fire, according to a preliminary estimate by the Fire Department. David and Les took over The Riptide 11 years ago, and turned a bar that previously experienced frequent troubles with the police into a safe, vibrant community hub in the Outer Sunset."

Another local bar, the Cat Club, is paying homage to its Riptide brethren and fundraising on their behalf with an event to be held this week. A silent auction for items like a Guerneville retreat and a Kink.com tour (plus jello shots all night) is planned for this Thursday. 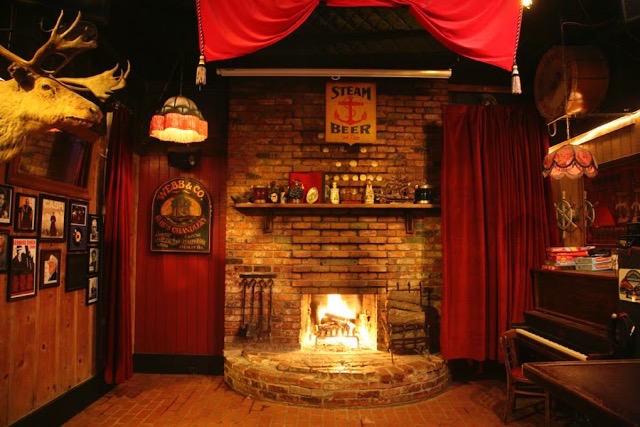 See and be seen at these select San Francisco shows, parties, and events. You know, because you can't read the Internet all the time. TUESDAY, AUGUST 25 CABLE CAR RACE: From the twisted

Saturday's Mission Street hit-and-run wasn't the only such crime last weekend — Sunday night, two more people fell victim to a driver that struck them, then took off. According to an San Francisco Police

—
Torn Apart By Fire, The Riptide Is Fundraising To Support Employees
Share this