San Francisco is a city in crisis. No no, not the housing crisis, although sure, yeah, that too. But more importantly, even at this very moment, everyday Bay Area residents are being forced to listen to their Burner friends prattle on in excitement about their upcoming desert escape fantasy game.

Fortunately for the non-burning set, one group of comedians has a solution to the madness. It could even help ease the housing crisis! And they're doing it the Burning Man way — by asking other people for money.

It starts with a simple question. "The week of Burning Man is the only week that the rest of us don't have to hear about Burning Man. But what if that week could last forever?" With a wall constructed during the week of Burning Man all the way from Point Reyes to Santa Cruz, that dream could become a reality, with Burners trapped outside our new borders.

The idea comes from Cultivated Wit, the disruptive comedy troupe led by CEO Baratunde Thurston. In the past we've highlighted the winners of their wacky and wonderful "Comedy Hack Day."

In this case, their joke lands so well because it adopts the rhetoric of real crowdfunded Burning Man projects, although some of those are pretty hilarious on their own.

For example, as is customary, rewards are offered to donors if the goal — in this case a sum of $7,300,000,000 — is pledged on time. Those include everything from sections of wall to miniature wall replicas to T-shirts (which could actually sell pretty well). 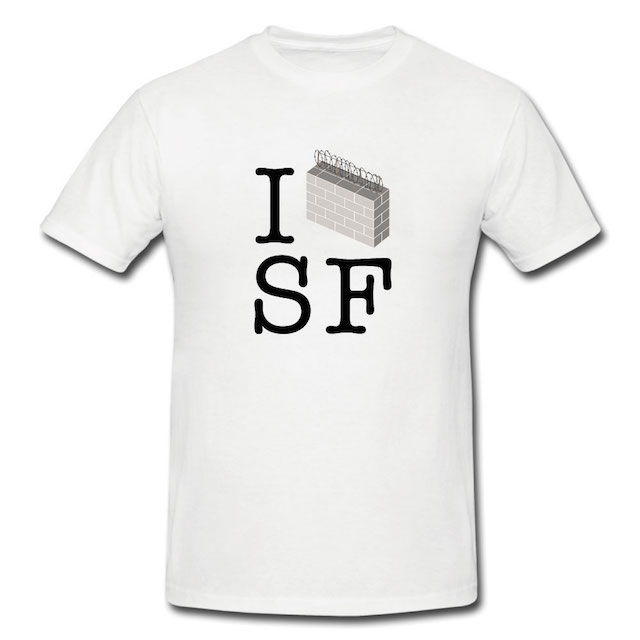 To give the humor added kick, Cultivated Wit's able coders even programmed "MegaGoGo" to update with fake additional fundraising. "Build A 300-Mile Wall Around SF During Burning Man, we're told, has raked in $1,900,586,226 from 649,562 backers, and more keep donating.

We can only hope they get enough cash to make the wall foolproof, because "those burners, they'll just weld a bunch of garbage together and climb over if we let 'em."

Related: Stern Advice To The Woman Too Injured To Work But Crowdfunding Her Way To Burning Man

Another detail to come out of the release yesterday of a court filing in the case against Raymond "Shrimp Boy" Chow is that former Board of Supervisors President David Chiu, who's now a

Last night there was one of the first preview events for Dominique Crenn's Petit Crenn in Hayes Valley, for industry friends and media, and I can tell you right now that this thing

—
Housing Crisis Solution: Lock Out All The Burners With A 300-Mile Wall
Share this