Twice, a fashion resale startup based in the Mission District, has a lot to celebrate. After raising over $20 million from the likes of Andreessen Horowitz and IA Ventures, they've recently announced a strategic partnership with eBay. "eBay is acquiring some of our key technology to help power eBay Valet, and Twice will be winding down operations at the end of the month" the company wrote in an email.

Naturally, Twice chose to fete their "exit" in Dolores Park — which they appear to have left strewn with litter, including intractable shiny confetti. 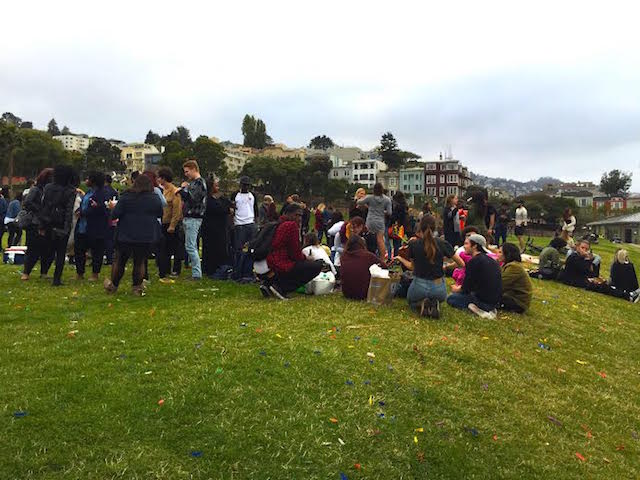 The timing is unfortunate as the Department of Recreation and Parks continues its #lovedolores campaign, an attempt to curb the litter that's already putting a damper on the newly reopened park section.

"I didn't verbally confirm it with anybody, but there were like 10 people wearing shirts with the Twice logo," the tipster dolorously tells SFist, who confirmed that the event was for Twice.

"Twice should probably donate about $5,000 to Dolores Park Works, am I right?" the tipster suggests. 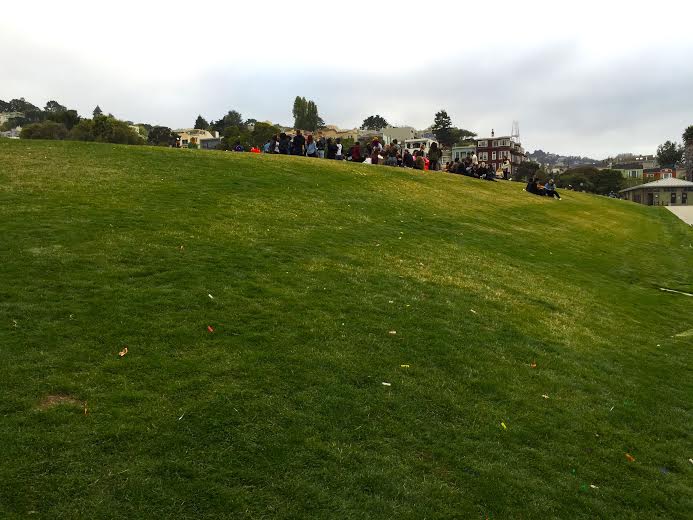 Nah, they should probably just go pick up after themselves.

It's unclear, at press time, exactly how much shiny confetti is still tangled in the one-month-old grass. But, as the Weekly notes, one Twice cofounder seemed pleased with the party, tagging an Instagram post "Post party aftermath @ #dolorespark #pbr #startuplife."

In the industry, this is known as "founder syndrome" and is considered a real and serious condition.

Update: Apparently feeling the heat, Twice founder Calvin Young has removed the above photo from Instagram, probably a good idea because the angry comments were piling up on his post like so much shiny confetti.

Meanwhile, Twice is very very sorry, tweeting "thanks for letting us know" and posting a picture of Twice staffers (we assume?) out at the park with trash bags.

We're really sorry about the mess at Dolores. Thanks for letting us know. We are cleaning up right now. #lovedolores http://t.co/dXqPziwlp8 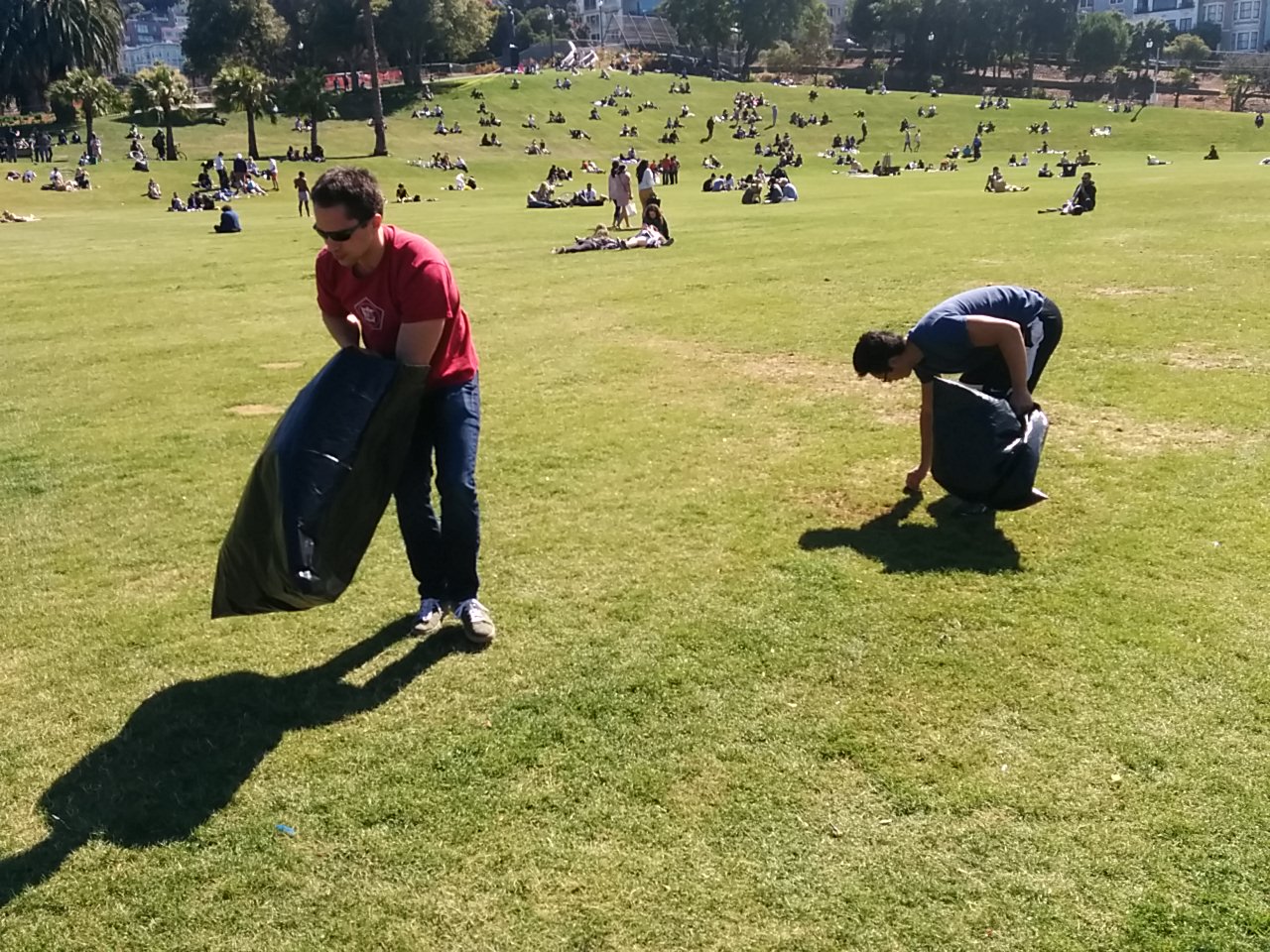 So, do you forgive them?

This makes me really sad. I got shut down by rangers, where were they when these people trashed the park? http://t.co/T3tzZnrWE1

Previously: The Funniest Reviews Of The Dolores Park Truffle Man On Yelp

Um, guys? This winter could be a disaster! But the skiing is probably going to be insane. A new piece in the Washington Post, and the new thermographic image above, are here to

The Up Your Alley Fair, informally known as the Dore Alley Fair, celebrates its 30-year anniversary with this Sunday’s bare-chested, manly iteration. To mark the occasion, the SF Leathermen’s Discussion Group