This is an exciting turn of events. With Bar Jules chef-owner Jessica Boncutter about to have a child, last month she announced that her Hayes Valley hit would close after eight years. She "just wanted to pass it on to someone who will take care of it and respects the space," Boncutter said at the time, and now that person appears to be none other than Dominique Crenn, chef-owner of Michelin two-starred restaurant Atelier Crenn.

Hoodline had word of Crenn's name on the liquor license over the weekend, and Inside Scoop spoke to the chef about her vision for the new spot, set to open in July and to be called Petit Crenn.

“Obviously I loved the space, and it’s a space that has been in the community for a long time," said Crenn, who has lived nearby. "Bar Jules reminded me of the places where I grew up in France... At Atelier Crenn, I wanted to pay an homage to my father (an artist), so this will be an homage to my mom and my grandmother — and the food they used to cook in Brittany." 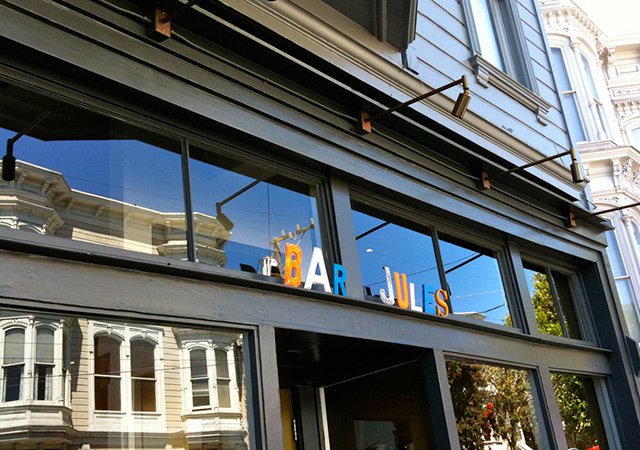 The restaurant will make pastries and more for breakfast, "Very simple, nothing like an American breakfast I just want people to come and have coffee, read the newspaper," and lunch will include tartines and crepes. Dinner will be a five-course, $72 daily prix-fixe menu served family style, and, as the French say, it will be "service compris" (the tip will be included in that $72 price). It's a steal compared to the $220 per head starting prices at Atelier Crenn. Also, there won't be any servers, since cooks will bring food to tables themselves.

The restaurant will take reservations but will also have room for walk-ins, and the bar will feature lots of ciders and serve as a place to order a la carte menu items and oysters. "I really want the community to know that they will have a place," said Crenn. "If you’re living in the area, we will very much be open to that."

There was no use crying on a Marin County stretch of Highway 1 Sunday, not even after a tanker truck carrying a load of milk flipped and dumped its payload all over. According