Every World Series, folks who claim the opposing team's towns make trash-talky bets over which team will emerge victorious. Here's a ranked list of the bets we're aware of so far, with additions to be made as others come to our attention. No one's slot is safe!

#7: Sedgwick, LLP
The "international litigation and business law firm" has its oldest offices in SF, and its newest in Kansas City. Therefore, if the Giants win, the KC office will send barbecue to SF. If the Royals win, the KC office gets a sundae party full of Ghirardelli products.

Why are they #7? Since there is no element of humiliation, this one ranks at the bottom. Sorry guys, don't sue us! 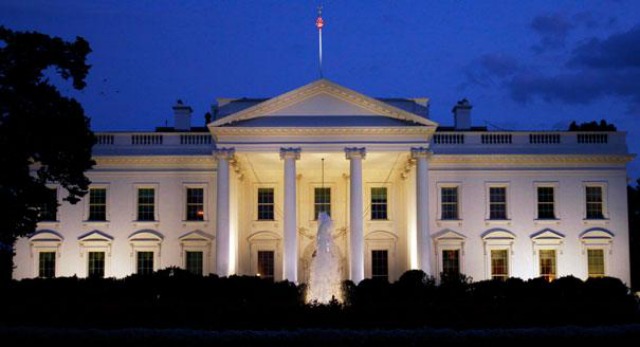 #6: White House Press Secretary Josh Earnest and Press Secretary For Vice-President Joe Biden, Kendra Barkoff
Earnest, a KC native, and Barkoff, who once worked at KRON4, have promised to don the cap of the opposing team and pose for a selfie with the victor.

Why is this #6? This is a boring bet, but the idea that some crazy kid could start at KRON and end up as Mike McClintock makes me smile. 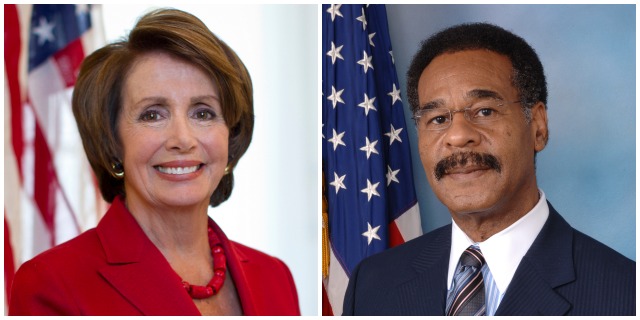 #5: House Minority Leader Nancy Pelosi, D-Calif. and Rep. Emanuel Cleaver, D-Mo.
If the Royals win, Pelosi says she'll deliver "a basket of the finest chocolates from San Francisco" to Cleaver. But no chocolatier was specified! Please, lord, let it be the Dolores Park truffle guy.

Why is this #5? Again, no humiliation, but style point to Cleaver for choosing the "President's" platter. 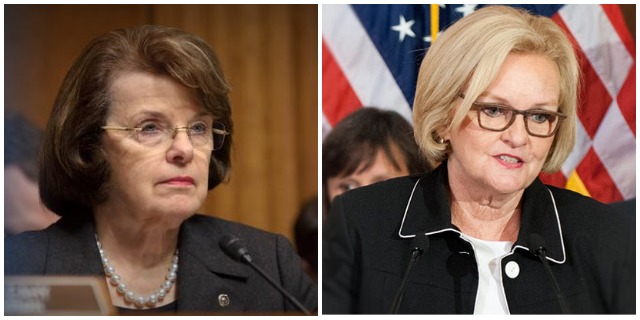 McCaskill said that she'll deliver Arthur Bryant’s barbecue (MY GOD, DO THESE PEOPLE HAVE ANYTHING BESIDES BARBECUE IN THIS TOWN? I mean come on. Am I punching down? I am, aren't I? Sorry.) and beer from Kansas City’s Boulevard Brewing Company to Feinstein if the Royals fail.

Why is this #4? Nice variety of items in this bet (Pelosi, take note), and applaud both side's trash talk. 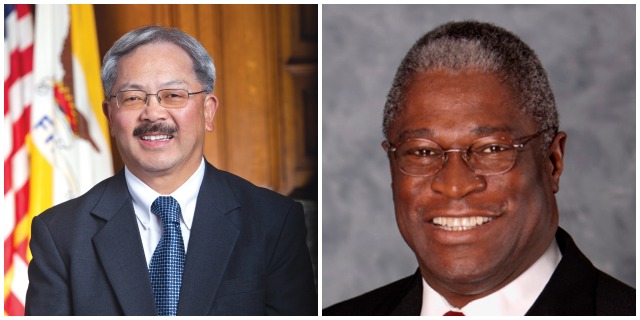 #3: San Francisco Mayor Ed Lee and Kansas City, MO Mayor Sly James
First, can we talk about how cool a name like "Sly James" is? It is very cool. Anyway, in this bet, If SF triumphs, James will come to San Francisco to sing with the Glide Ensemble and Change Band, serve meals to the homeless, and send "world-famous Kansas City barbecue and Kansas City jazz music" to city hall.

If the Royals win, Lee will travel to Kansas City to read to 3rd graders at a local public school, and will send Humphry Slocombe ice cream, Boudin sourdough bread and Philz Coffee to KC.

Why is this #3? I've been trying since 2010 to figure out who plans Lee's World Series bets, because they're usually pretty good, a nice mix of food, public service, and light humiliation. And if I didn't want the Giants to win before, I sure do now that James has promised to sing at Glide. I'm so there!

#2: The San Francisco Gay Men's Chorus and The Heartland Men's Chorus
Heartland Men’s Chorus Director Dustin Cates (that's him on the left) has agreed that if the Giants win, they will send Russell Stover chocolates, a $100 gift certificate for Jack Stack Kansas City barbecue, and a $200 Southwest Airlines Voucher towards a round trip from SF to KC, a night at Hotel Phillips, and two 2 HMC concert tickets to the SFGMC. They'll also serenade the SFGMC with a videotaped rendition of “I Left My Heart in San Francisco.” If the Giants sweep, cabaret and jazz legend Marilyn Maye will sing the outgoing message on SFGMC Artistic Director Tim Seelig’s voicemail.

If the Royals win, the SFGMC will send the Heartland men See’s Chocolates and two free airline tickets and one night hotel accommodations in SF. Also, Seelig will conduct one SFGMC rehearsal in a Kansas City Royalettes jersey, and the SFGMC "will make a video singing whichever Kansas City 'theme song' they can scrounge up, if there is one, for all their social media gloating. If there isn’t one, we’ll sing 'I Left My Heart In San Francisco' knowing most of you have," they say on their site. If the Royals sweep, Seelig will leave the outgoing voicemail for Cates.

Why is this #2? High points for an extra sweep bet, the humiliation elements of singing the other city's song and/or wearing the opponent's jersey, and a nice prize package. Well done, gentlemen. 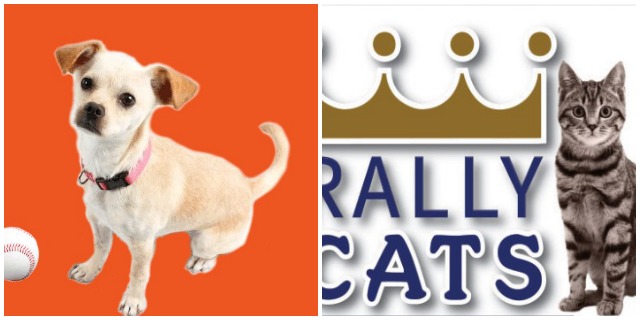 #1: The San Francisco SPCA and the Great Plains SPCA
First, and most importantly, the SF SPCA is waiving adoption fees on all small, adult dogs (under 20 pounds, over 6 months) throughout the World Series. A sweet deal!

If they Royals win, the SF SPCA will sponsor nine Great Plains adoptions, name nine animals after the Royals, and their co-presidents will post photos of themselves wearing Great Plains SPCA gear.

Why is this #1? Do you have to ask? Adorable animals, and no godamned barbecue.

Typically, I am deeply meh about presenting commercials as enjoyable pieces of video. But sometimes, dammit, they just are, like this IKEA commercial that creepily, enjoyably captures the spirit of Danny's Big Wheel

We thought maybe Sidecar had struck some kind of sweetheart deal last week getting permits to drop off and pick up passengers at SFO, but it turns out the other rideshare companies got