Trick Dog, the Mission's one-and-a-half-year-old, arguably coolest cocktailian magnet, has just launched the latest iteration of their drink offerings, which have changed up every six months since they opened. They started out with that great Pantone color wheel menu, then went with 45 records, and then the zodiac-themed menu they've had since the new year. Now Trick Dog 4.0 is all about postcards and drinks themed after landmarks.

The boys behind Trick Dog, the Bon Vivants, partnered with artist Jack W. Schneider to create the tri-fold 11x15 menu dubbed The Tourist, the cover of which you can see below, along with the full menu. Each drink is named after and inspired by spots around town like City Lights Bookstore, Kezar Stadium, The Painted Ladies of Postcard Row, and Sutro Baths. And you can probably count on most, if not all, of them being delicious.

This menu is debuting today, as of 3 p.m., and will be in effect until January 7, 2015. And this is also a great intro into S.F.'s renowned cocktail world, should you be interested in taking any more of our advice today. 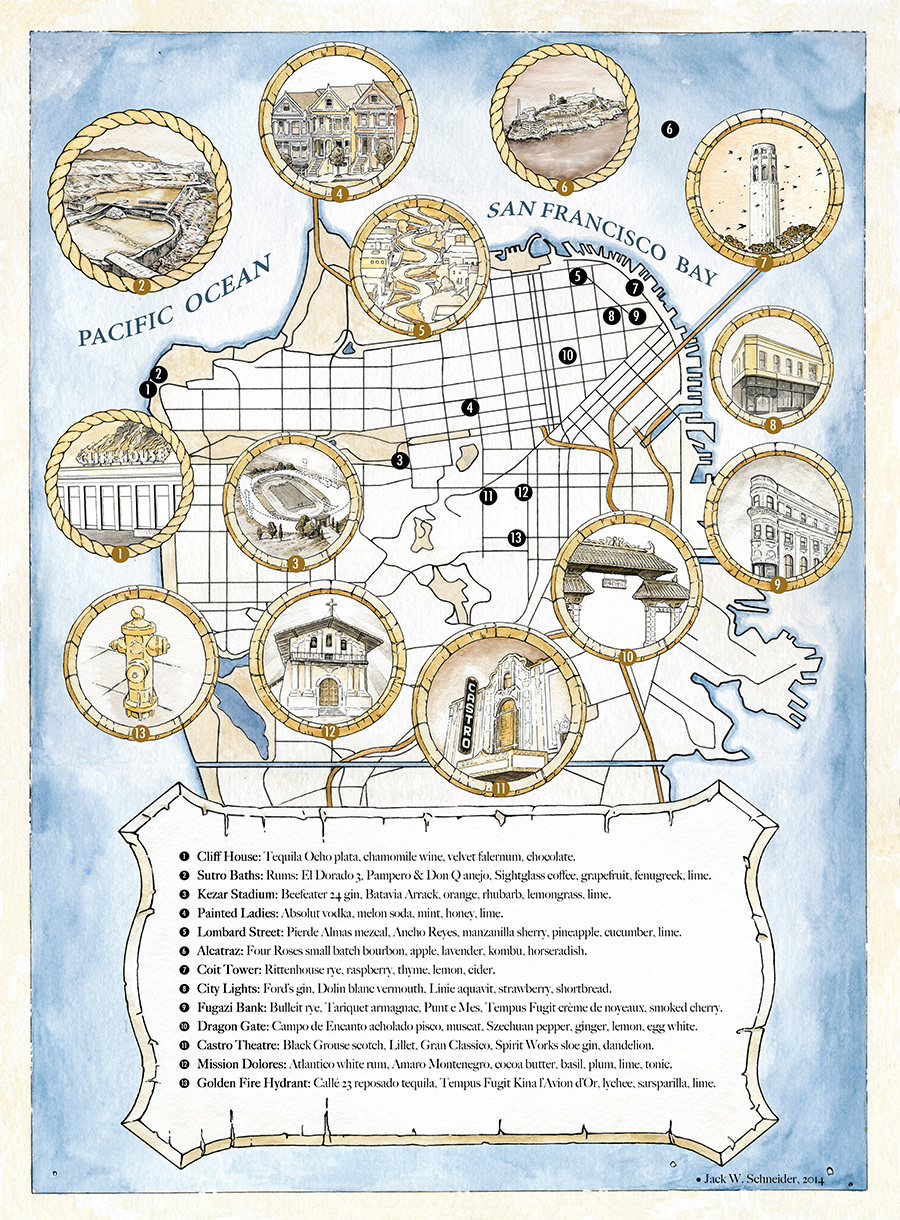 Quince is getting a makeover. The two Michelin-starred, Jackson Square restaurant will close on July 25 and reopen September 19 to renovate its design and decor, including the addition of a new Champagne