Friday: Word/Play
Saturday night, hit The Booksmith(1644 Haight) for Word/Play, "a book & lit-themed game show for nerds like you." For only $10 (which includes an open bar, so it's like you're making money!), watch six local bookish people compete for your entertainment. It's like Gladiator, but without the oily muscles! The fun starts at 7 PM, you can buy tickets here. 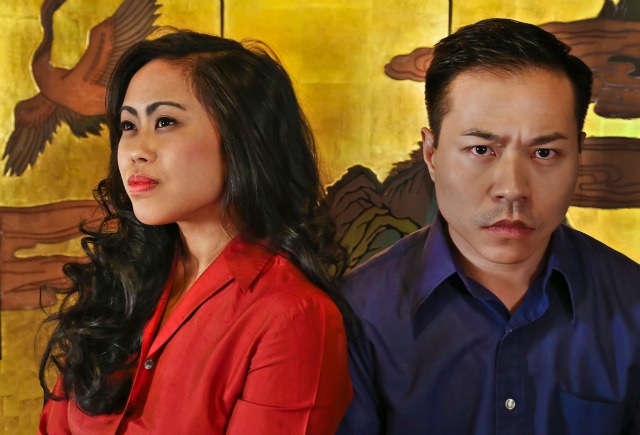 Saturday: The Crazed
This spring marks the twenty-fifth anniversary of Tiananmen Square, which, do you feel old yet? The Crazed, a new theatrical adaptation of the acclaimed novel "about a young scholar coming of age in Communist China on the eve of the Tiananmen Square massacre," world premieres at Central Works (at the Berkeley City Club, 2315 Durant) tonight. You're promised big thoughts about about art and how to live a meaningful life. Which, sure, you'd be thinking about on Saturday night anyway, but now you have a structured reason to do so. The show starts at 8 PM, advance tickets are $28 (buy here), or you can live dangerously and snap them up at the door for as little as $15. 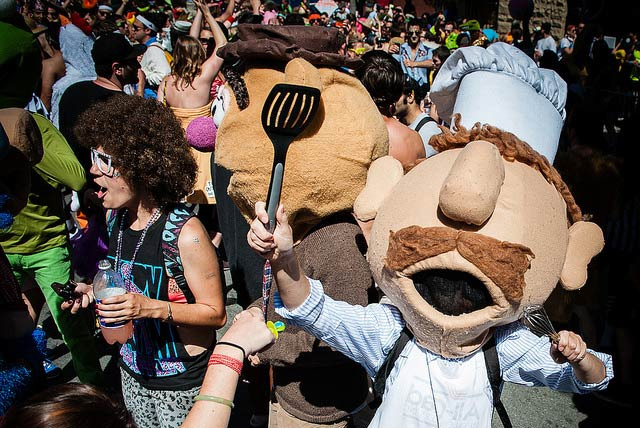 Have fun, wear sunscreen, and pee inside!

Carina Lastimosa Salazar and Will Dao in The Crazed, photo by Jim Norrena

A week after Mission Local Market and Local Mission Eatery were hit with graffiti and death threats, vandals returned to Local's Corner to tag up the windows. According to one tipster, the graffiti