BART's new railcars (teased in mid 2013) will, ideally, make your commute from splendid downtown San Francisco to unfathomable Pleasanton less harrowing. New bikes racks and differently-colored seating are just a few features that will grab your attention. Higher ceilings (for taller passengers), more handholds (for shorter and mobility-impaired individuals), wipeable seats (for these lovebirds), chartreuse seating (for senior or disabled commuters), and indirect accent lighting (for me, let's assume) also also on the bill.

But that's not all. BART has more:

- Quieter: micro-plug doors will help seal out noise - Cooler: cooling systems will distribute air directly to the ceilings, making it more comfortable for standees on hot days - Comfortable: padded seats will have lumbar support - and will be covered with wipeable fabric for ease of cleaning - Easy to use: routes will be color coded like the BART system map, and next stop information will be readily available via automated announcements and digital screens.

If you have impossibly long legs (again, like me), you''ll be pleased to know that the new silicone seats will provide one-inch more legroom than the old seats. Also, they're modular. "The new seats are fully modular, allowing for seat reconfiguration which will enable the vehicle to evolve with future rider needs," says BART. Behold: 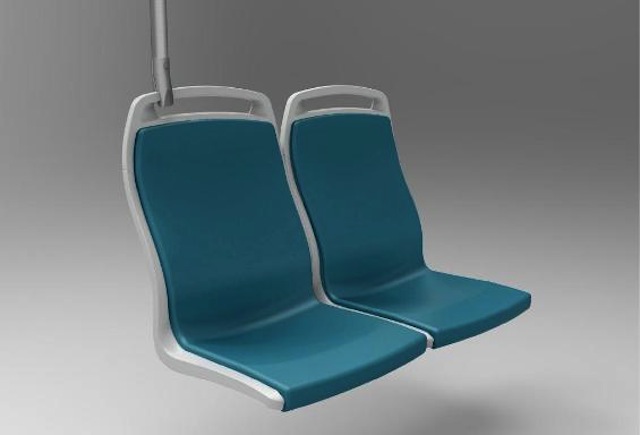 And finally, the bike racks, which are much-needed. New racks will not only accompany each car, but they'll help stabilize your bike as the train moves. Take a gander: 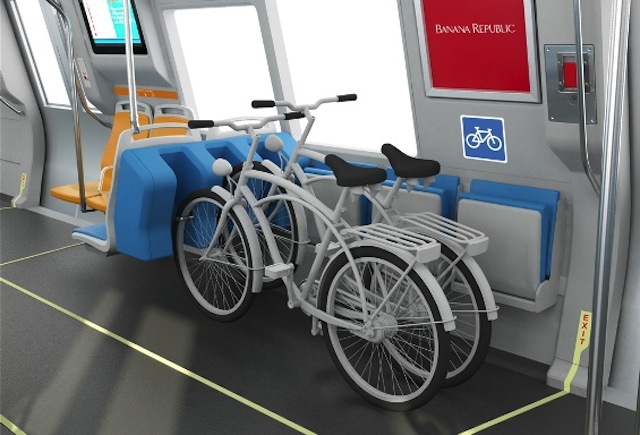 The new racks, however, could spark at cyclist-pedestrian war. More or less. Oakland Tribune has more:

The new design includes one, although the agency has abandoned the idea of installing adjacent flip-down seats that could be used when no bicycles are on board. It could generate unwanted conflict, Weinstein said.

BART cars are already crowded; the new cars will have five fewer seats than the old ones, and the racks take up the equivalent of three additional seats, said BART directors Gail Murray of Walnut Creek and Zackhary Mallet of El Sobrante.

(By Daisy Barringer) Last week's win against Green Bay did not come easy. In fact, the stress of the peaks and valleys left most viewers physically exhausted. San Francisco fans should not expect

For the third year running, the all-bro Mr. Marina beauty pageant returns to give voice and a stage to 12 lucky finalists as they shake their junk in search of local fame in