After reporting on the last thing Apple released, if there's one thing tech blogs know will do good traffic it's wild speculation about whatever the computer giant's next life-altering device will be. Is it an iPhone 5S? iPhone 6? iPad Nano 2.5G something or other? According to the New York Times, Apple's next leap forward could be a watch made from curved glass and running that familiar iOS operating system.

The Times' report reveals that Apple's research and design teams have been playing around with Willow Glass — a pliable, bendable version of the Corning Gorilla Glass that is currently used in the screens of iPhones everywhere. As Corning's chief technology officer told the NYT, "You can certainly make it wrap around a cylindrical object and that could be someone’s wrist. Right now, if I tried to make something that looked like a watch, that could be done using this flexible glass.” Based on this knowledge, Apple might also be developing iPhones in the shape of soda cans so they will fit more easily into a user's cupholder. 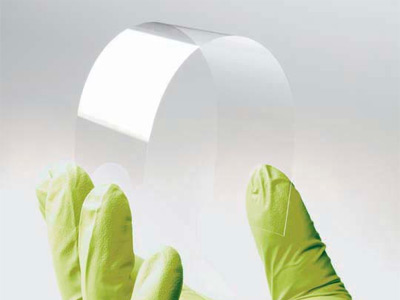 While Corning and the NYT's speculation isn't exactly the same as Apple CEO Tim Cook checking if he has time for one more thing on his wrist-mounted iThing during a keynote, the Chinese gadget sites that stateside tech blogs mine their Apple rumors from say the company is already working on another device with a 1.5-inch display and Bluetooth. Which could either be a wristwatch, or just another iPod Nano geared towards those who would prefer wireless headphones.

On the other hand, market analysts confirm that Apple has been hiring in the "wearable computing" area — a space they already have a strong knowledge of, based on how many Apple accessories are geared towards wearing your devices or connecting to an iPhone in a manner other than pecking at the screen. The iPhone itself, a separate NYT article admits, was just a computer that you wear in your pocket. With features like Siri, the need for people to spend time staring at the screen is only diminishing. With competitors showing off wearable computers like Google Glass all over the place, now seems like a convenient time for Apple to start hinting at how they see us consumers slowly turning into Apple-powered cyborgs over the next couple years. Plus, everyone just checks the time on their phones these days anyway, so why not put that phone on your wrist?

On Saturday morning outside AT&T Park, cyclist Diane Sullivan died while riding her bike westbound on King near Third Street. While exactly what happened remains under investigation, what we do know

Pope Benedict XVI, a man of the cloth who will be best remembered for his homophobic decrees and an anti-Islamic snafu, is the first pope to resign in over 600 years. Peace out.

—
Apple Rumored To Be Making An iWatch, Or Possibly Something Else Entirely
Share this