See Exclusive
Locations Get The
Coupon

San Francisco is known for high-tech and high-quality products. Many of the world's most famous brands trace their origin story to the Bay Area. Interestingly, most San Franciscans don't even know that there are premium distillers right here in SF, but otherwise order up imported brands from out of state or out of country. Located on Treasure Island, Branded Spirits puts out a line of Award-Winning Super Premium Brands born right here in San Francisco. Run by a family of San Francisco natives, Branded Spirits is now offering 1 cent bottles of Hana Gin, Ice Fox Vodka, Motu Rum, HM the King Scotch, Bombas Tequila, and Ol' Major Bacon flavored Bourbon, with the purchase of another bottle at just $19.99.

This deal is only available in San Francisco at exclusive "Exclusive Deal Locations" throughout the City. All of these liquor stores are locally-owned, and they range from family-run, neighborhood locations to higher-end establishments.

These labels are mostly produced on San Francisco's Treasure Island, but of course, Scotch only comes from Scotland, tequila must be made in Mexico, and any bourbon worth its weight in barrels comes from Kentucky or Tennessee — the respective points of origin for Branded Spirits' Scotch, tequila, and bacon flavored bourbon.

See Exclusive
Locations Get The
Coupon

In recent wine and spirits news, Russian-imported brands of alcohol like the well-known Russian Standard vodka have actually been delisted from stores across the globe following sweeping sanctions by governments and reactions from citizens of the free world. Brands like Russian Standard which have grown very large in the US in recent years have been pulled from many stores even in the Bay Area, as well.

In fact, President Biden even banned the importation of Russian products, which included vodka through executive order, per CNBC early March.

This promotion is only available in San Francisco, in each four quadrants of the City.

To qualify for this limited time deal, the first bottle is already discounted to $19.99, the second comes at the one penny price, with this coupon. These exact bottles — as well as other high-end, small-batch craft spirits tend to sell for $30 to $40 or more per bottle. For bigger partiers, there is no quantity restriction and you can mix-and-match products, so supply your entire event with super premium drinks at a great discount. 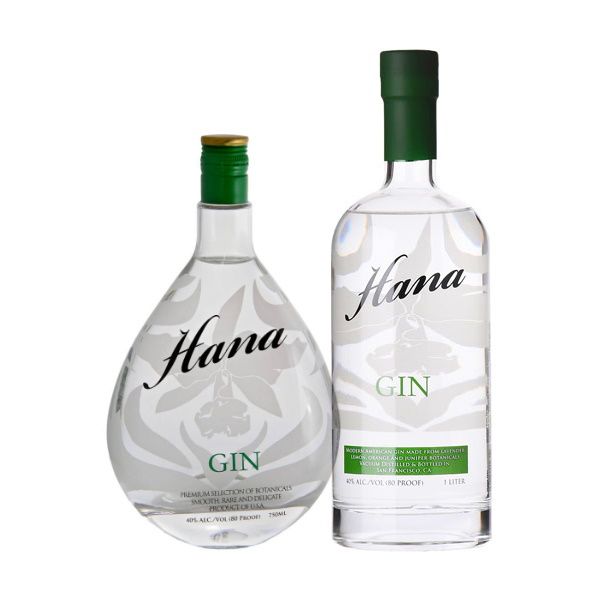 Hana - the Japanese word for "flower" - was the inspiration for this San Francisco distilled, artisanal gin. With a floral palate and a simplicity of flavor commonly associated with Japanese aesthetic, Hana is hand-crafted in small batches on Treasure Island. Whereas some gins have dozens of botanicals, Hana accesses the unique combination of just four: lavender, orange peel, lemon peel, and Albanian juniper. The Hana philosophy is that all ingredients should be tasted when sipping a quality spirit, which is why they use the uncommon procedure of vacuum distillation to bring out the subtleties of our superior botanicals. 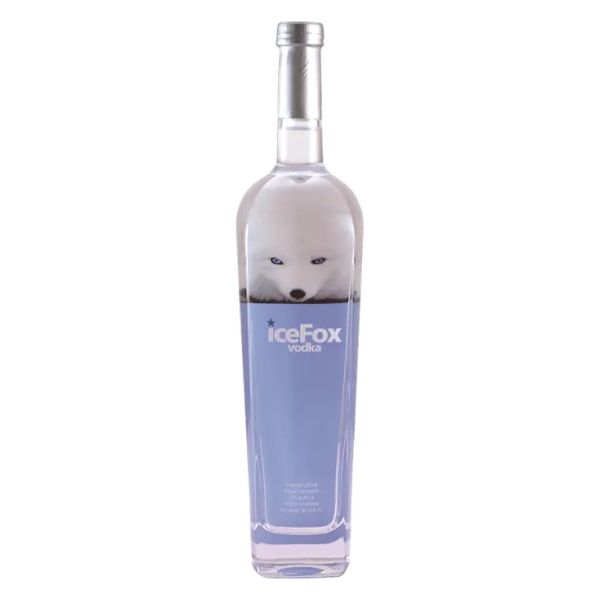 Triple-distilled from grain grown in the United States. The nose is light and fruity with a hint of sweetness. Additionally, the palate is mildly sweet, with notes of honey and brown butter. Creates an ideal and smooth basis for all of your favorite beverages. Ice Fox Vodka is as pristine and lovely as an arctic fox. Handcrafted by a master distiller, Ice Fox Vodka is produced exclusively at its one-of-a-kind San Francisco Bay distillery. 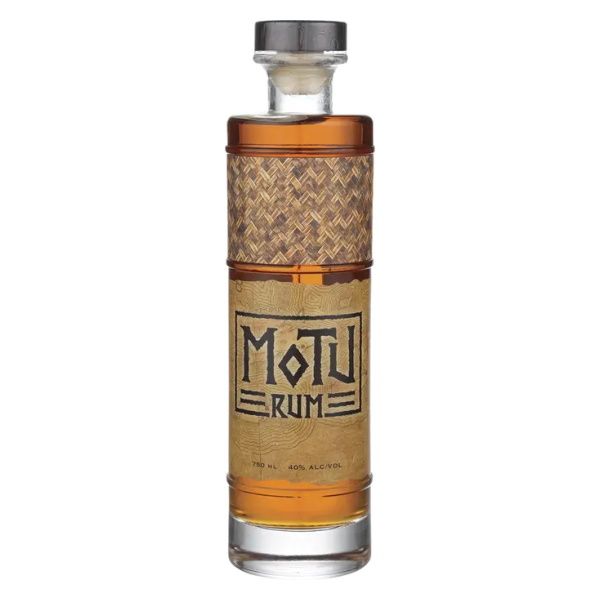 Motu – Polynesian for 'Island' – is a one-of-a-kind rum distilled with Hawaiian molasses. It is aged in limousine oak casks, the same type of oak used in cognac, which imparts a round oak flavor and smokey notes. Motu is a two-time Gold Medalist. 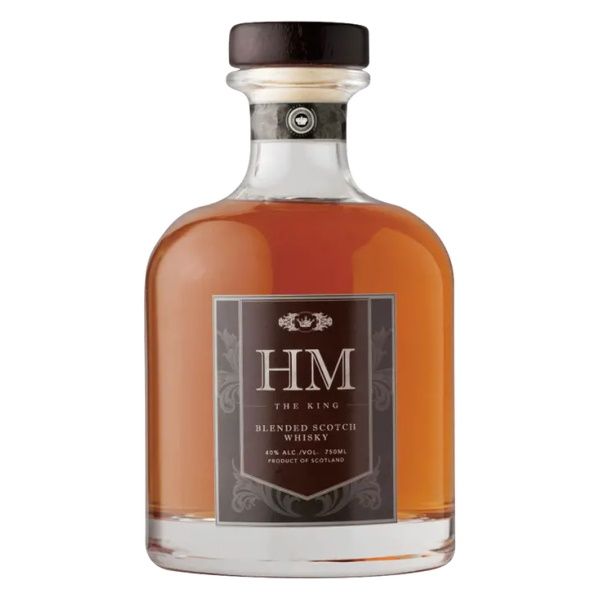 HM the King is an outstanding combination of Highland single malts and Scottish grain whiskies. HM the King's distinctive, balanced blend was meticulously chosen by Scotch Whisky specialists who have worked for some of Scotland's most illustrious houses, including The Dalmore, Jura, and The Highland Queen. On the palate, mellow vanilla and honey aromas give way to a smooth and round finish with a hint of smoke and late peat. The exquisite bottle, a recipient of the Queen Elizabeth Award for Design, is a reflection of the excellent Scotch Whisky contained within. 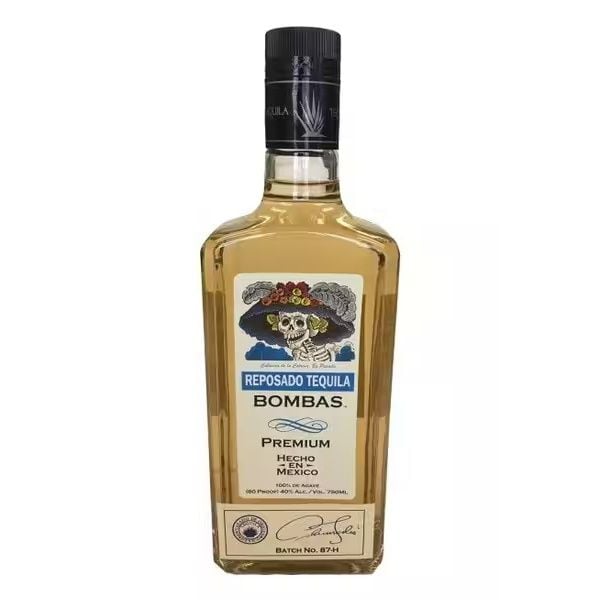 The nose is greeted by a rich, sweet butterscotch scent. The taste matches that sweetness, but it is a touch lighter and more herbaceous than the strong aroma suggests, with espresso, jalapeno, dried herbs, and spearmint, before a lengthy slide of honey and vanilla. 24 months in ex-Bourbon barrels. 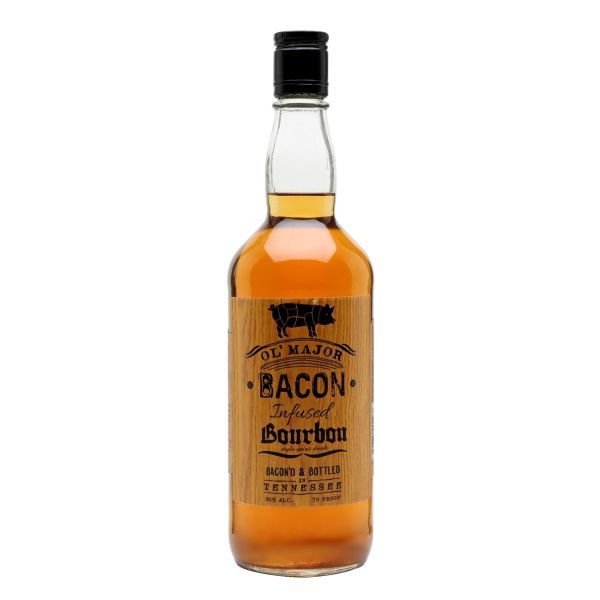 This country was built by those who had the audacity to be courageous. Ol' Major Bacon Bourbon combines two of America's greatest assets and pushes the limits of their potential by creating the world's first and only bottled bacon bourbon. Although the combination has been described as 'wild' and 'wonderful,' those with taste buds agree that the bacon and bourbon create a delicate yet rough balance of flavor and America.

After a week-long search for a missing couple merely found an empty RV in Nevada, the couple was located, but 72-year-old Ronnie Barker was already dead.

A homicide occurred early this morning a block away from Zuckerberg San Francisco General Hospital.