State officials released reports December 2021 confirming that California’s population has been declining over the past year for the second time ever since it became a state in 1850. Nine of the Bay Area's ten counties lost population in this last report, and data suggest that residents from San Francisco moving out of state played a large part in California's drop in residents. [SPONSORED]

California estimates the population in May and December every year—the former estimates for the former calendar year and the latter estimates the former fiscal year ending June 30th. Associated Press reported that the first decline resulted in 182,083 people in 2020 and lost 173,000 people from July 2020 to July 2021. 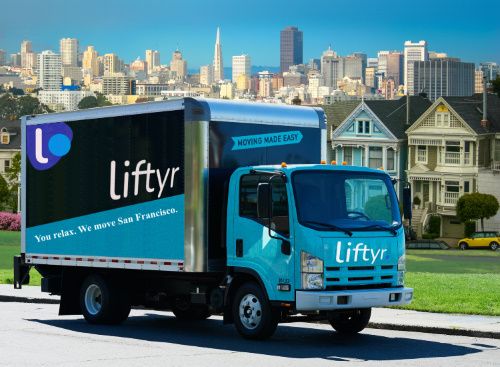 Check out the Best Movers in San Francisco

In April 2021, the Census Bureau released data that revealed that California has been growing more slowly than other states and as a result will be losing a congressional seat for the first time. California will still have the most congressional seats out of any state with 52. Texas comes in second at 36 seats.

Others have listed an overall higher cost of living, high housing costs and increased crime rate as reasons for why people are leaving the Golden State. With the nine San Francisco Bay Area counties and Los Angeles County accounting for 44% of the state’s residents, who have some of the highest housing costs and population densities in the nation per a recent article in the Chronicle, individuals may be leaning towards moving elsewhere. This is supported by Joint Venture’s 2021 Silicon Valley Poll, where "76% of respondents identify the cost of housing as the most serious problem in the Bay Area." The poll also lists homelessness and increasing frequency of wildfires and droughts as areas of concern.

While publications have signaled towards a "California exodus" happening, researchers at the California Policy Lab say that the lack of people moving to California may be more crucial to the population decline numbers.

“Every region in the state has had entrances go down by anywhere from 25 to 45%, but we're seeing that it's especially pronounced in the San Francisco Bay Area,” said Evan White, executive director of the California Policy Lab and co-author of the study.

The entrances declined the most in the San Francisco, Santa Clara, and San Mateo counties by 48-53% since the pandemic began, according to the CA Policy Lab. Out of state exits increased by 15-34% in those counties over the same period.

However, that does not mean that people are staying in California. The number of people moving increased 12% with exit rate of movers increased in 52 of California’s 58 counties. Specifically, San Francisco is the only county with more than a 30% increase in exit rate. Still, this is consistent with pre-pandemic numbers.

“The public’s attention has been focused on the so-called ‘CalExodus’ phenomenon, but the reality is that the dramatic drop in ‘CalEntrances’ since the pandemic began has been a bigger driver of recent population changes in the state,” said Natalie Holmes, co-author of the same CA Policy Lab study.

A multi-car accident caused massive delays along I-80 in San Pablo this morning, Klay Thompson will make his return to the Warriors inside the Chase Center Sunday night, and it looks like next week will be rain-free.