What has long been San Francisco's worst Walgreens at 9th and Market was the site of a confrontation with an unruly man Wednesday that ended with a security guard going to the hospital.

In SF's current state of unrest in which many residents believe things "worse than ever," like they often do, pharmacies have been front and center in recent weeks after the nation watched a viral video of a thief swiping a garbage bag full of items from a Gough Street Walgreens while a security guard stood impotently by and others shot cellphone video. 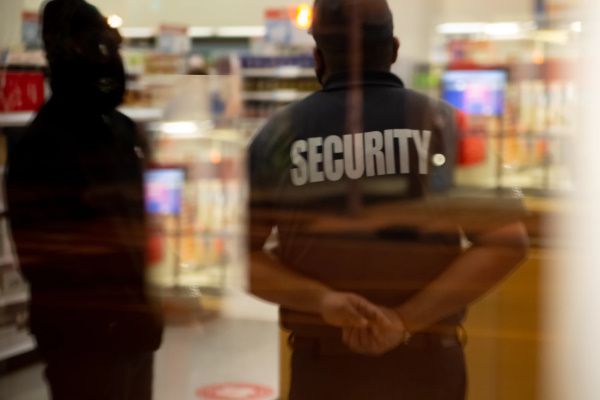 That suspect — a repeat offender who's now charged with hitting eight Walgreens and CVS locations in one month — will indeed face consequences. But the 9th and Market Walgreens remains the scary circus it has been for decades, and we now have news of a new arrest.

As KRON4 reports, the incident happened around 9:30 a.m. Wednesday, when SFPD officers were called to the store on the 1300 block of Market after a report of a man harassing customers. "Responding officers found two store workers actively fighting a man inside the store," KRON4 tells us, via the SFPD.

Only order from the top marijuana delivery menus with the most reliable services. Eaze comes in at #1!

A fight reportedly took place between two security guards — it stands to reason that this store would have two — and the suspect, and one of the guards was injured. He was taken to the hospital to be treated for non-life-threatening injuries.

The suspect is now in custody, pending charges.

SFist rated this particular Walgreens location the worst in the city back in 2012, but don't take our word for it! It has a string of 0ne-star reviews on Yelp, with customers bemoaning long lines, looted shelves, and a pharmacist who hangs up on you.

CrowdTangle, the analytics tool for social media posts that Facebook acquired five years ago, may not be long for this world, and its mostly independent team within Facebook is now being broken up.

BART is reminding everyone of the announcement the agency made two weeks ago about its extended schedule, and clarifying how the restored but limited late-night train service is going to work the next three weekends.