Spooky season’s in full swing on the blogs and local newspapers, with The Atlantic’s video rundown of the cryptic Columbarium, the SF Weekly’s devilish dive into Anton LaVey’s supposed curse on the Fox Plaza, and now SF Gate's hair-raising history of the woman whose ghost is purported to haunt the Queen Anne Hotel at Sutter Street and and Octavia Street. The sprawling, pink Victorian Queen Anne Hotel is legitimately eerie both inside and out, its interior fully stocked with antiques and its layout replete with vintage parlors, salons, and ten-foot ceilings. But unlike many supposedly haunted hospitality venues, the Queen Anne makes no secret of the ghosts that allegedly walk its halls, regularly allows television and media crews to do segments, and proudly has more than two dozen Yelp reviews mentioning the hauntings. 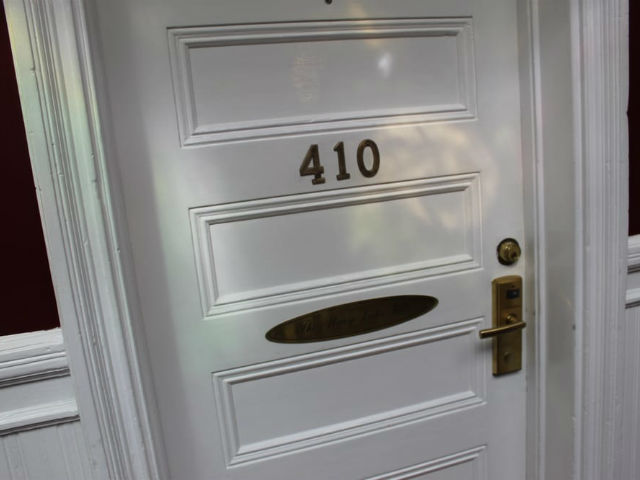 The paranormal activity at the Queen Anne is alleged to be concentrated at Room 410  which you can totally still stay in, and even has a functioning bidet! Guests describe the regular appearance of a friendly ghost who will sing in the night, mysteriously unpack suitcases, tuck guests in, or pull covers over them while they’re half-asleep. This ghost is alleged to be the spirit of Miss Mary Lake (1849-1904), headmistresss of the Miss Mary Lake's School for Girls that occupied what is now the Queen Anne during the 1890s, and Room 410 was her office.

There are many, many Youtube videos of amateur ghost hunters spending their nights at the infamous Room 410 and capturing recordings of electronic voice phenomenon (EVPs). Few of these videos are in any way convincing. But the one above does have some supremely creepy auditory ‘little girl singing” sounds that may well elicit goosebumps, or could just as easily been another hotel patron walking by in the hallway.

Miss Mary Lake's School for Girls was among the most exclusive boarding schools for girls in San Francisco of the Gold Rush era, bankrolled by megabucks silver and railroad industry magnate “Slippery Jim” Fair (for whom the Fairmont Hotel is named).

As recalled in the Gate retrospective, Fair, fresh off two terms in the U.S. Senate and the then-most expensive divorce settlement in the country’s history ($4.25 million), bought the building for Lake to run her boarding school. They were alleged to be lovers, and in 1891 the Chronicle published an article called “Cupid and Mr. Fair” that claimed the two had been secretly married.

Miss Mary denied this. “The very idea!” she told the Chronicle. “I haven’t seen the senator but 10 times in my life.” 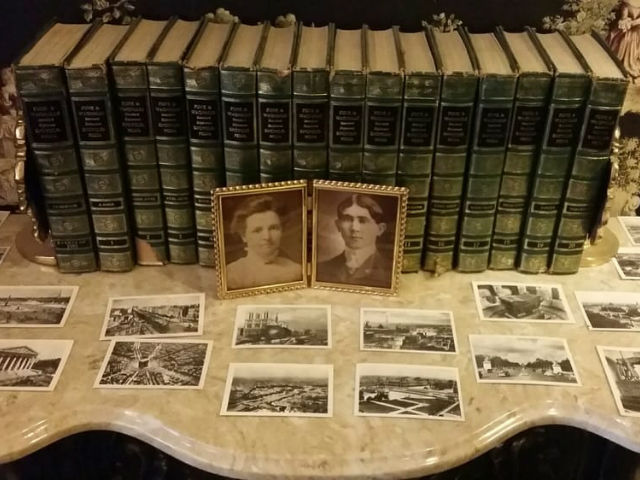 While Fair made the gesture of having the school built, the Gate notes that there is no historical proof the two were romantically involved. Fair was considered a philanderer, so it’s possible, but it is also documented that Miss Mary Lake did pay $400 rent monthly on the boarding school. There is also the completely plausible excuse that Fair wanted a boarding school of his particular liking that would leave him to his self-indulgent lifestyle when his two daughters were in town. 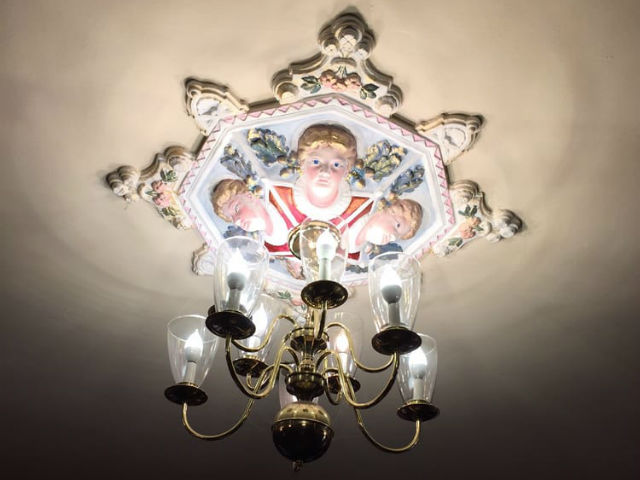 Miss Mary Lake's School for Girls didn’t last long. The place was shut down in June 1896, about two years after Slippery Jim’s death. He left the building to his daughters in his will, who did not allow the boarding school to stay, be it for reasons financial or otherwise. The building was sold in 1899 and become a gentlemen’s club called The Cosmos (more like a country club, not like the Gold Club), spent 12 years as an Episcopal Diocese Girls’ Friendly Society lodge, eventually fell into disrepair, and was restored into the Queen Anne in the 1980s.

There is no explicit connection between Mary Lake (who is buried nearly 3,000 miles away) and the alleged hauntings of the Queen Anne Hotel, other than the fact that her office was once Room 410 and that’s where the hauntings seem to mostly occur. But we earthly mortals do not understand the full breadth of the spirit world and how hauntings work, so maybe it is her. Maybe it’s one of the girls who attended the boarding school, or a whole ghastly pack of them. But what’s creepy cool is how the Queen Anne has played right into the rumors of the supernatural, decking the place out in Haunted Mansion style chic and doing nothing to downplay the possibility that you’ll be visited by ghosts while you rest in peace

Related: The Seven Most Haunted Places In The Bay Area

An early-morning incident at a San Francisco Safeway grocery store left a security guard seriously injured — stabbed by a robbery suspect, as well as bitten by the alleged shoplifter's dog. San Francisco Police

Berkeley's Revolution Books once again found itself targeted by right-wing protesters Sunday evening during their "100th Anniversary of Russian Revolution" talk and slide show event. According to the Daily Cal's report of the

—
A Grave Look At SF's Infamous 'Haunted Hotel'
Share this