It's time again for the Bay Area's much smaller, much more recently inaugurated LGBTQ Pride celebration, Oakland Pride. On Sunday, for only the eighth time ever, Oakland celebrates its LGBTQ people with a big downtown festival  and for only the fourth year in a row, there's a parade (the first was in 2014). And unlike SF Pride's traditional late June date, the weather in September is almost always guaranteed to be warm over there, so that's nice.

Performers this year include Frenchie Davis (who's performed at Oakland Pride before), neo-disco rising star Alex Newell, and headliner Andra Day, whose song "Rise Up" you have no doubt heard a remix of in the last six months, somewhere.

There's a $10 general admission charge, and if you want to spring for the "VIP Experience," that costs $75 to $125 and comes with two complimentary cocktails, free parking, a private cash bar, and special main stage seating.

Also, as usual, you should also check out the parties happening at LGBT spots like the White Horse Inn and the nearby Port Bar, both before and after the official festivities start and end.

Below, your handy maps, and videos from Day and Newell. 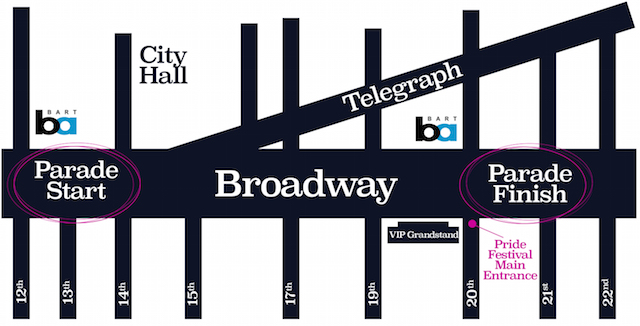 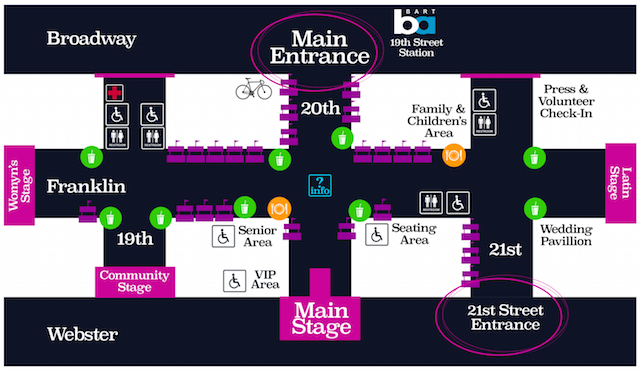 Warner Bros. Pictures has scattered these spooky child mannequins like the one above promoting the release of It (see SFist's review here) around town, and taken photos of them. [Radio Alice] Have you

In 30 days, we go on tour in the South. We’re adding more security to keep safe - can you donate to help? Donate: https://t.co/vKK4P2QdmT pic.twitter.com/t0w1S9MbqT—