Another week, another cyber security breach — or that's what it feels like, at least. One of the more high-profile incidents unfolded in mid-August when over 500 Google Play apps were infected with ad-related malware that may have been used to spy on their users. As reported by PCMag, Lookout Security Intelligence researchers discovered that the apps containing this malicious advertising software development kit (SDK) were downloaded 100 million times. The developers of said apps likely weren't even aware that their customers' personal information could have been compromised, Lookout's team added — and worst of all, it doesn't sound like the threat of this type of security breach is diminishing anytime soon.

"It is becoming increasingly common for innovative malware authors to attempt to evade detection by submitting innocuous apps to trusted app stores, then at a later time, downloading malicious code from a remote server," Lookout wrote in its report on the SDK. Kind of makes you want to throw your smartphone away and dig up your old Nokia, doesn't it? (On the plus side, you'd probably become a bona fide "Snake" guru by the time that phone finally bites the dust.)

But before you abandon all modern devices in favor of a virtual brick with buttons, consider a much simpler solution in the form of an all-in-one app called Disconnect. This award-winning VPN service protects your data from creepy companies, diabolical cybercriminals, and even nosy government entities by blocking trackers and malware across all your devices. (Sorry, Big Brother.) And with your internet connection on lock, you'll be able to browse up to 44 percent faster while using up to 39 percent less bandwidth, extending your battery life. 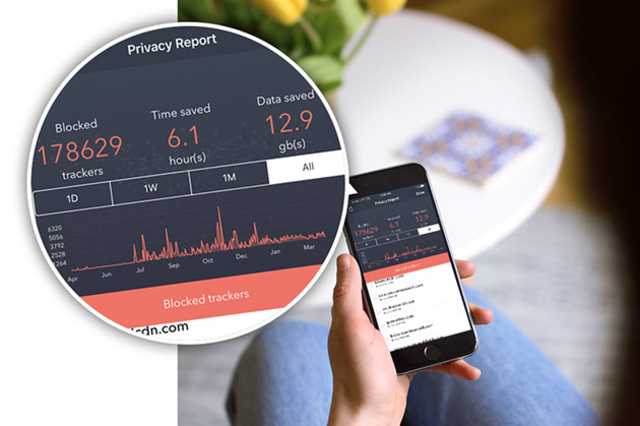 Disconnect can prove especially valuable for users who travel frequently, as it masks your location so you can access the content you love and/or need almost anywhere. Even if an app, site, or service is blocked in your current location, you'll be able to use it while enjoying the peace of mind that you're the only entity reading what's on your device at any given moment. (No tin foil hat required.)

With all these detail-oriented features in mind, it really shouldn't come as a surprise that Disconnect has been racking up accolades. Since the company was founded in 2011, Disconnect nabbed the Innovation Award in Privacy and Security at the SXSW Interactive Conference and won over The New York Times to become its tech team's favorite privacy tool: "We researched and tested four tracker blockers and found their results varied widely," the paper wrote in February 2016. "In the end, the app Disconnect became our anti-tracking tool of choice."

While some trackers aren't trolling your personal information with intent to use it for malicious purposes — some just want to know which ads you'll like best — taking precautions is never futile when you're dealing with something as important and valuable as your personal, private information. Join the tens of millions of people who are keeping the trackers at bay and improving their devices' performance by signing up for a lifetime subscription to Disconnect, on sale for a limited time for just $49 — a savings of 90 percent.

Airbnb says “soon” all SF listings will be legal, as Berkeley hosts rush to comply with registration law by Oct deadline. [Curbed][Daily Cal] Supervisors are considering tossing out the sale of Presidio