If you feel like more and more cars are being broken into on SF streets, you're not wrong: According to data from the San Francisco Police Department, there's been a 28 percent jump in reported auto burglaries as of 2017.

The SF Examiner gets the credit for this revelation, as it was they who put in a public records request that forced SFPD to give up the numbers. And the numbers are not good, as police say that as of July 2017, there were 17,970 reported vehicle break-ins in San Francisco. That's nearly four thousand more than this time last year, when police say 13,995 were reported.

Hardest hit was SFPD's Northern District, which covers the oft tourist-laden area in this map: 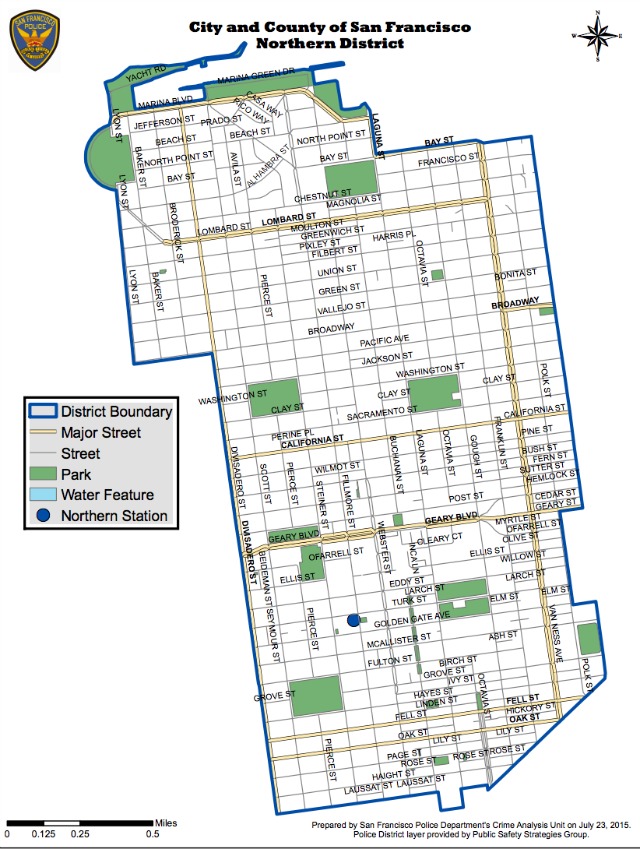 The Ex reports that there have been 4,003 reported auto burglaries in that area so far this year, a 40 percent increase over the figures from 2016.

But the most shocking increase was suffered by those served by SFPD's Mission Station, which covers the area you see in this map: 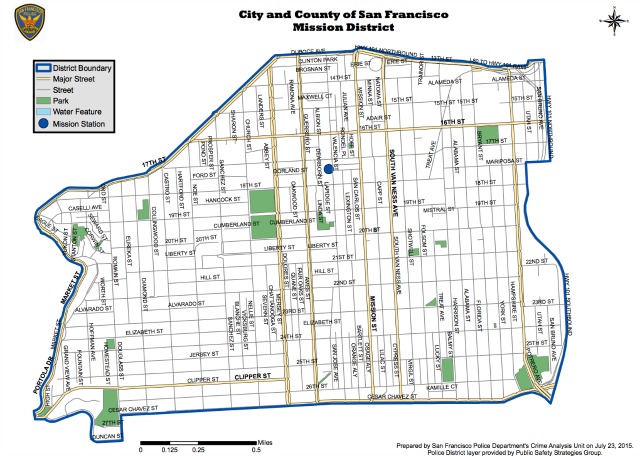 SFPD spokesperson David Stevenson seemed nonplussed when contacted by the Ex, saying via email only that “The numbers reflect a trend that requires further analysis."

Chief [Bill] Scott has directed the Department to increase its uniformed presence on city streets to deter these and other quality of life crimes,” Stevenson said via email, but did not elaborate further.

Supervisor Hillary Ronen, whose District 9 includes some of Mission Station's coverage area, was less circumspect when speaking with the Ex. “I’m not surprised and I’m angry,” she said.

“My constituents are angry about the epidemic of car break-ins in San Francisco and my district as well," she said. “It has not felt like the city has taken this seriously enough or has had an adequate response,”

Much like she did a week ago Tuesday in downtown Berkeley, Amber Gwen Cummings gave a rambling press conference in Antioch Wednesday, the main point of which seemed to be to call out

Following Sunday's news that embattled mayor of Piedmont, Jeff Wieler, was voluntarily stepping down from the largely ceremonial position of mayor but would remain on the city council for the remainder of his