Art dealer and real estate developer Serge Sorokko, or as he should be known, model, writer and Russian goddess Tatiana Sorokko's husband, hopes to sell a prospective house in Tiburon for a whopping $35 million.

The Wall Street Journal tells us of the listing at 3820 Paradise Drive, Lot #5 which currently is just a plot of land with eastward views of the San Francisco Bay along with plans for an 8,000-square-foot home designed by noted SF architect Stanley Saitowitz, whom the WSJ reports as "an emeritus professor of architecture at the University of California, Berkeley whose designs include the New England Holocaust Memorial in Boston." (He also designed this.)

Saitowitz, considered by Tatiana's husband to be one of the great artists of his time, designed the ultra-modern, almost museum-esque home to include six bedrooms, 5-and-a-half baths, a screening room, wine cellar, gym, infinity pool and guesthouse all atop 7.4 waterfront acres. 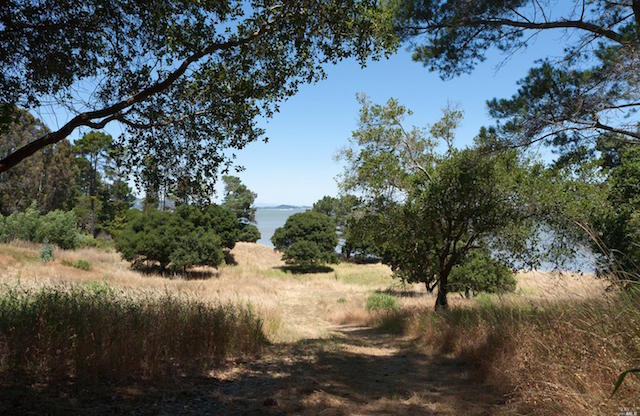 According to the property's listing, plans have been submitted for design review with the County of Marin.

"I had this dream of having a development in Tiburon and using some of the architects that I consider artists," said Tatiana's husband, who purchased the 19-acre property for $5 million in 1999. The luxuriously-named Lot #5 is one of five homes Sorokko plans to develop.

If the deal sells, the $35M estate will be completed in 2019. Alternately, a buyer could snatch up the property and just the plans for a reasonable $12.75 million, and deal with the construction on their own, or something like that.

The Sorokkos won't be moving into the Tiburon home. As Tatiana blissfully explained to Harper's Bazaar in 2014, "I can live anywhere in the world as long as I'm with my husband. It could be rural Alaska for all I care. I will make it chic no matter where I go."