Your daily dose of gross comes from Fremont today, where the Chronicle reports on a 33-year-old man who's accused of secretly videotaping his roommates having sex and then attempting to extort them for thousands of dollars and more sex, except this time with him. The suspect is Maninder Adama (pictured below) who allegedly made the secret recordings in March and April of this year when the unnamed victims shared an apartment on the 3500 block of Pennsylvania Avenue in Fremont with Adama and his wife. He then tried to blackmail the couple with the footage, despite the fact that they were a romantically involved couple who lived together. 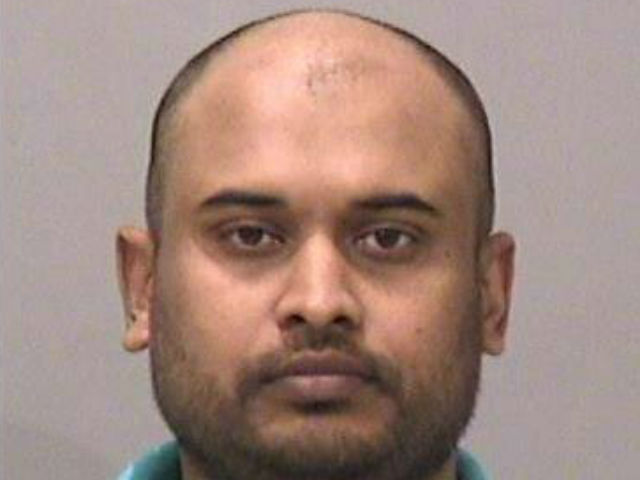 NBC Bay Area has the real money shot here  they confronted Adama as he walked out of Fremont Superior Court and asked him if he really did take secret video of his roommates having sex. “No I didn't," Adama said, and then immediately backtracked. "Actually, there's a reason for the camera there," he said, before hightailing it off without further comment.

The Fremont Police Department has a lengthy Facebook post describing the case (and oh, the comments are delicious). The victims, both in their 20s, apparently lived in the Pennsylvania Avenue apartment in Fremont from mid-March to late April of this year. “The living arrangement was one that was shared and several other people also lived in the [two-bedroom] apartment,” the Fremont PD says in the post. “In mid-June the victim couple began receiving messages from an unknown email address. The sender claimed to be in possession of a video which depicted the victim couple engaging in sexual acts together. The suspect emailed the victims multiple times and included screen shots of video as proof. Based upon the positioning of the video and the setup of the room, the victims believed they must have been recorded while living in the shared apartment on Pennsylvania Ave.”

The anonymous emails first demanded $2,000 in exchange for the video, then upped the demand to $5,000, then changed tack and went the indecent proposal route. “They had a video of the couple engaged in sex acts and if they didn't pay $5,000 they were going to release it to Facebook and tag them and send it to family members,” Fremont police detective Michael Gebhardt told ABC 7. “And then it turned to the suspect was saying, ‘well, I won’t release the video if you have sex with me for one night.’”

This smoothness of the suspect’s operating was hampered by his lack of knowledge of the digital footprints left by his use of photos with the metadata still intact, plus location information embedded in his emails.

According to CBS 5, police served a warrant last Thursday on Adama’s apartment and recovered the video, seizing several laptops and a smartphone. He was arrested on multiple counts of felony extortion and several invasion of privacy misdemeanor counts.

Adama has no criminal history, though investigators are presumably going through his laptops and cellphone for evidence of other extortions. He was supposed to be arraigned yesterday at Fremont Superior Court, though his arraignment was postponed. Anyone with information or experience with Maninder Adama is encouraged to contact the Fremont PD’s Crimes Against Persons Unit at 510-790-6954.

Related: Pippi Longstocking Sex Tape Being Shopped Around Because Your Childhood Was A Lie And People Are Gross