Sometimes it's best to jump in at the deep end of the pool... especially when you're driving a car that would bottom out in the shallow end.

That was one shred of luck experienced by a drowsy 19-year-old driver who veered off the road in Santa Clara just before 3 a.m. last night, crashing through a fence into a backyard pool at a stranger's house.

"Too big of a turn," the driver told ABC 7, "I was falling asleep, ended up crashing." 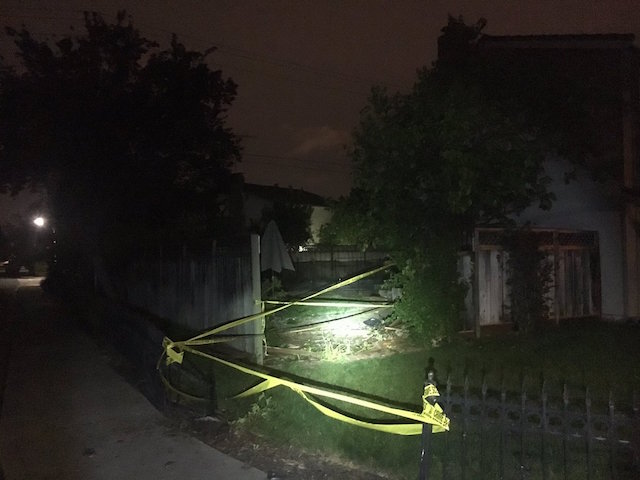 According to NBC Bay Area's coverage, the teen was administered a field sobriety test, which he passed. KRON 4 reports that the driver was not arrested but could face a traffic ticket for unsafe driving.

He was, however, a bit shaken up. "He seemed pretty worried, understandably," a witness told the news station, "because his car was in a pool."

A crane will be needed to fish the car out of the pool, where it's still submerged. Better do it quick: As of this morning, the homeowners were none the wiser, as they were on vacation.

This is not what you want to hear happened when you are on vacation pic.twitter.com/U6XD6Rz32C

Some Muni bus shelters on Saturday weren't displaying arrival times for buses: Instead, they read "Lowrider Cruise, 4/8 6pm to 9 pm." And cruise they did: The San Francisco Lowrider Council gathered

Driver pulled over for alleged cell phone violation leads cops to 320 lbs of pot and a million bucks. [KRON 4] [Wired] argues against some companies' practice to pay for female staffers' ovum