Now in its 60th year, the San Francisco International Film Festival has just switched to the much snappier but somewhat unpronounceable name SFFILM Festival and begins tonight at the Castro Theatre. With more than 120 different film programs from 59 different countries, the festival runs tonight through April 19 with additional screenings at the Alamo Drafthouse, the Roxie, the Victoria Theatre, the Dolby Cinema, the SFMOMA and the YBCA, and several other Bay Area venues. Tickets are disappearing fast as they always do, but these highlight screenings below still have tickets available.

Landline
Excellent comedian Jenny Slate, who was fired from Saturday Night Live for saying “fuck” on live television, reunites with director Gillian Robespierre from their 2014 romantic comedy about getting an abortion on Valentine’s Day Obvious Child. John Turturro co-stars as her adulterous dad, and Slate will be at the Castro Theatre Wednesday night to engage in a little audience Q&A and kick off the festival.
Wednesday, April 5, 7 p.m., Castro Theatre

Citizen Kane with William R. Hearst III
History has not been particularly kind to newspaper tycoon William Randolph Hearst, in large part because of the ruthless caricature of him that is Orson Welles’ 1941 cinematic opus Citizen Kane. That’s why it’s particularly interesting that Hearst’s grandson William R. Hearst III will be on hand for Thursday’s screening of the film, joining delightfully erudite film critic and historian David Thomson for an hour-long conversation that will precede the film and marks one of the first times anyone from the Hearst family has commented publicly on the film.
Thursday, April 6, 7 p.m., YBCA Theater

Patti Cake$
Patti Cake$ was the breakout hit of this year’s Sundance Film Festival, setting off a bidding war between studios despite its cast of total unknowns. But critics are raving about the performance of Australian actor Danielle Macdonald as a plus-size female rapper who dreams of breaking out of her New Jersey squalor. She too is expected to attend for a Q&A session after the show.
Thursday, April 12, 7:30 p.m., Castro Theatre

THX 1138 with Asian Dub Foundation
The vintage trailer above does not do justice to what’s in store for this screening of George Lucas’ locally shot classic THX 1138, as the Asian Dub Foundation will jamming out their signature bhangra trip-hop sounds in a live original score to accompany the film.
Tuesday April 11, 8 p.m., Castro Theatre 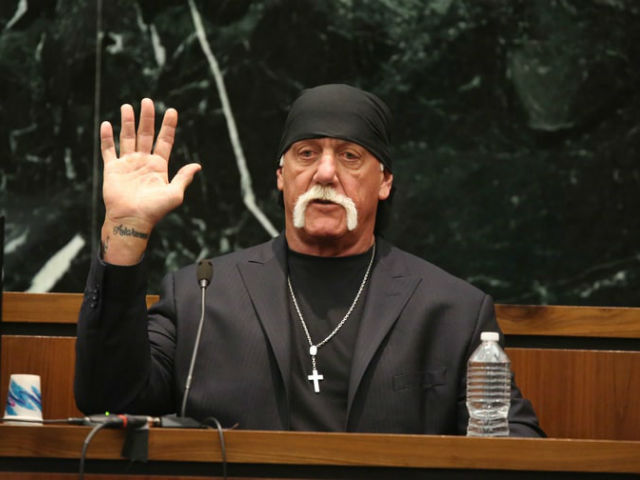 Nobody Speak: Trials of the Free Press
If you miss the now-defunct website Gawker since the Peter Thiel-funded Hulk Hogan lawsuit has bankrupted the site out of existence, you won’t want to miss Brian Knappenberger’s riveting documentary on the topic. The subject matter is particularly interesting now that Peter Thiel is funding third-party lawsuits as a business venture.
Thursday, April 6, 8:30 p.m., Roxie Theater
Sunday, April 9, 8:30 p.m., YBCA Screening Room

The Man With A Movie Camera with DeVotchKa
The festival’s annual ‘old silent movie with a killer band playing a live musical score’ this year features the magnificently hypnotic DeVotchKa accompanying the 1929 Russian classic The Man with a Movie Camera which the British Film Institute hails as the greatest documentary of all time.
Thursday, April 13, 8 p.m., Castro Theatre

Black Lives Matter Documentaries
We’re lumping together three different documentaries that all cover recent Black Lives Matter developments both local and nationwide. Sabaah Foloyan’s telling of the Ferguson uprising Whose Streets? gets a free outdoor screening at Hayes Valley’s PROXY (registration is required), Defender explores the devastating Michael Smith case wherein BART Police caused a miscarriage (also free but registration required), and The Force is an inside look at the Oakland Police Department’s turbulence during the Ferguson-related riots and the “Celeste Guap”/Jasmin Abuslin scandal.

Related: Projectionists Keep On Rolling At The Roxie

Famed sign-language-learning gorilla Koko, a onetime friend to Robin Williams, has been living in a private sanctuary down in Woodside for decades under the care of The Gorilla Foundation, alongside her male partner

Entering the Conservatory of Flowers gives Ben Davis butterflies. "You step inside, and you're filled with awe a million times over," he tells SFist. As the founder of the nonprofit arts group behind

—
Can't-Miss Picks For The SFFILM Festival, Kicking Off Today
Share this