A new set of renderings by SF-based firm Steelblue visualize the result of a downtown building boom the likes of which we shouldn't expect to see again soon. Consider this a sneak peek at the San Francisco skyline of tomorrow, punctuated by Salesforce Tower, which these days can be seen with two antenna-like cranes still busy at work on it. 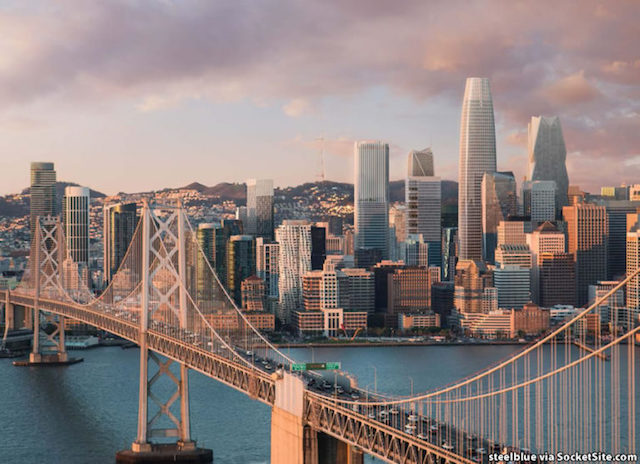 Socketsite observes that the buildings pictured in Steelblue's flash-forward rendering max out every single parcel zoned for building any higher, although some commenters disagree, pointing to exceptions like a parcel at Mission and Beale Streets that's zoned higher than built. Besides that, the added height allowances that were granted to the Transbay District are all set to be used up, and pictured as such in the renderings including Salesforce Tower, 181 Fremont, Oceanwide Center, and the recently revealed 550 Howard.

Observe, as you soon may from Dolores park, although behind a pair of sunglasses, the rolling, Planning Commission-ordained skyline: 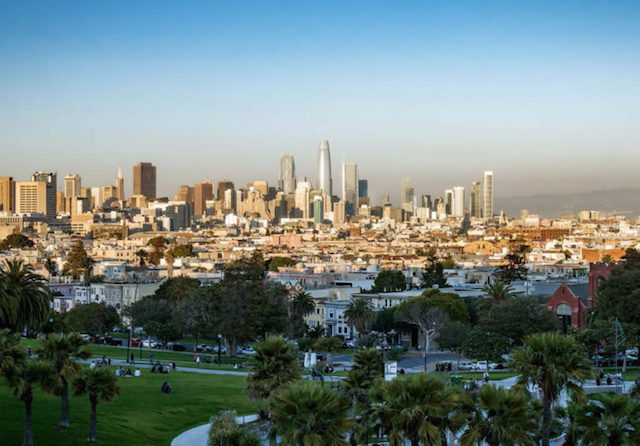 Finally, those with a keen eye will be curious to compare these recent renderings with a 2013 video fly-over, also from Steelblue, when a few of these towers had barely hit the drawing boards:

Related: Here's The View From The Embarcadero Once Six Proposed New Towers Go Up Near Howard

A Bay Area startup says they've cracked the code to grow poultry from cultured cells, feeding samples of its co-called "clean" chicken and duck to folks assembled for the company's media event this

A driver in a tony Marin County town ended up facing reckless driving charges, after threatening the life of a cyclist and allegedly attempting to run him off the road. CBS 5 reports