The National AIDS Memorial Grove, nurtured by more than 175,000 volunteer hours and visited by countless people, is preparing for new growth, perhaps adding a museum to present the history of the crisis in a new, enduring way. That early-stage idea was recently revealed in the New York Times, and to learn more SFist spoke with the Memorial Grove's Executive Director, John Cunningham.

Since it became the country's only national AIDS memorial in 1996, the Grove, a serene patch of trees, rocks, and engravings in Golden Gate Park, has presented a bit of a duality. "Are we local? Are we national?" Cunningham asks rhetorically. "That's the unique thing," he says, presenting the memorial's mandate as both. "The grove was created by the citizens of San Francisco in the darkest days of the epidemic, and supported by the political leadership of San Francisco, to bring about a space that would not only memorialized those lost, but that would support and nurture those who survived." But as a national site, it can do more, too. Recently, Cunningham says he's helped to advise in the creation of other AIDS memorials such as one in West Hollywood.

A national AIDS Museum associated with the Memorial Grove would be in San Francisco, Cunningham affirms, but it would hope to encompass more than one city's experience of the crisis  though arguably the scale and density of the epidemic here was worse than anywhere in the country. "We want it to tell the entire story, not only as it relates to a disease, but by asking, what are the societal threads that must be remembered and shared? Yes, AIDS is a story of disease, but it's really a story of the best and the worst, the light and the dark, of society and humanity. How the city of San Francisco rose up and took action and cared for its citizens is just one example." 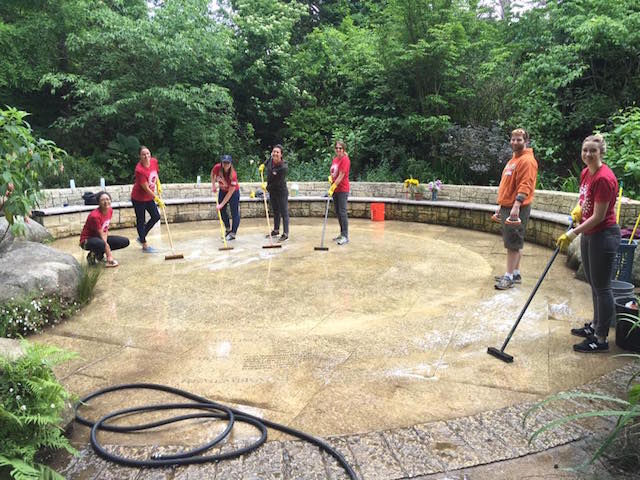 Despite its national status, the Grove has never accepted public funds since its inception. As for a museum, "at the present time we're not seeking any sort of public money," Cunningham says, although the Times reported that large private donors, particularly those in the LGBT community, have been approached to gauge interest in the project. "We do believe there is the will, and the capacity, for something of this magnitude, to be funded nationally," the director adds, specifying he would not seek local funding.

Cunningham points to other recent large-scale projects for examples on how to proceed. "When the Martin Luther King Memorial was being envisioned in DC, organizers held 'I Have a Dream' dinners all across the country that brought citizens together not just to get funding, but to gather the threads of the story together, to get more perspectives. I think the same holds true here," he suggests.

While the Grove ought to continue as it is, the key question, Cunningham asks, is "will it, 100 years from now, tell future generations about the tragedy — and even more importantly, the response, the community activism, about how people become galvanized?"

That relevance of that lesson at this particular political moment isn't lost on Cunningham. "The vision [for a museum] is a state-of-the-art center for individuals to come together, to speak of the social struggles in the time they're in using the AIDS crisis as a touchstone for future crises.... a touchstone of our national conscience. Where our nation is headed, or what the struggle is we're currently facing, that's brought this [project] to an even higher degree of necessity."


Volunteers at the National AIDS Memorial grove (via Facebook)

The teaser trailer for Disney-Pixar's latest animated feature, Coco, has just been released, and the film tells the tale of a 12-year-old, guitar-playing Mexican boy named Miguel who dreams of becoming a musician

They cut down a tree in my neighborhood 🌳❤ #thegivingtree #shelsilverstein #oakland #love #stump #childhood #lessons #stillimportant A post shared by Phoebe C. (@feebee510) on Mar 11, 2017 at 10:07am PST A felled