Check it out! The long-vacant Home Restaurant building has disappeared at Church and Market, about a week after demolition began. This triangular pile of rubble, bounded on the back side by 14th Street, will over the next year or two become the seven-story condo building you see below, which got its final approvals late last year after much back-and-forth with the city and the neighborhood. 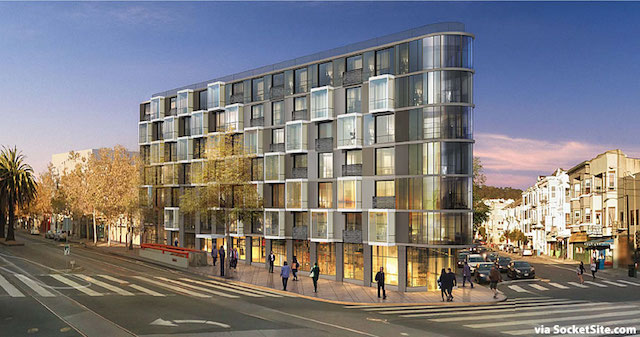 Home closed back in 2011 and the darkened structure's perimeter became a homeless encampment  with at least a couple of people busting inside and squatting there in 2015.

Along with the ARCO gas station site at Castro and Market and the Sullivan's Funeral Home property, this is one of the final development sites in the neighborhood to get redeveloped. 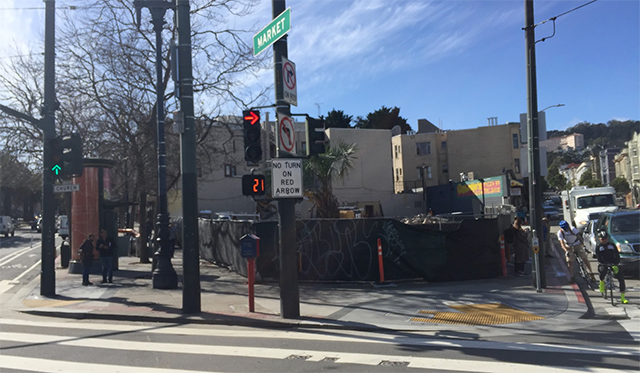 This weekend is going to see another, likely smaller scale protest battle over abortion rights reminiscent of Women's March day  when the annual anti-abortion march up Market Street coincided with the more liberal-heavy,

As a respite to the disheartening stories about refugees being stranded at airport, we offer an opera about a refugee stranded at an airport. And this one is a comedy, just what the