If your idea of a holiday is two buck Chuck and those TJ's ginger snap cookies, Christmas is coming early this year. Though word last month was that San Francisco's sixth Trader Joe's location, this one at Fourth and Market Streets, wouldn't be open until March, the store announces on its site that a Grand Opening will be held next Thursday, February 16. Cancel your 8 a.m. meetings. 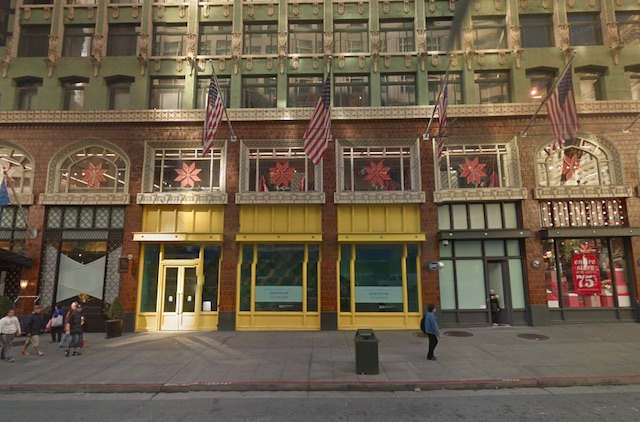 The Weekly, who spotted the announcement notes that TJ's has more than 450 stores across the country. This location is set in a scenic basement beneath Old Navy, a space that's previously served as a retail space, a storage space, and an empty space. Beware: There's no parking. It was originally set to open last fall, even putting out the call for employees before delaying into 2017.

Now that it's here, we'll see you, and our mutual friend Charles Shaw, there sometime soon.

Google just made the TV trope of "zoom and enhance" sort of come true. [CNet] Church of Mary of the Assumption, aka the one that looks like a washing machine agitator, is confoundingly

SFGH, place of my birth, as seen two years earlier in the film Bullitt Dear Rain, Are you a San Francisco native snob? I mean, do you actually think you are somehow more