As far back as the 70s, one expert says, heads of first-responder agencies (think police and fire) have been the recipients of pension pay from a previous position even as they pull down even more in their current one. It makes for a nice figure! The Chron's Matier and Ross ran down the details of SF's new top cop, as well as Oakland's heads of fire and police, and found that each were getting a very nice second paycheck from the gigs they'd left behind.

San Francisco Police Department Chief Bill Scott
Sworn in just last week, Scott had devoted the last 27 years of his life to the LAPD. That's why, in addition to the $316,000 base salary he'll get to head the SFPD (reportedly the highest salary for a police chief anywhere in the country), Scott will receive a $152,000 annual pension from our pals down south. 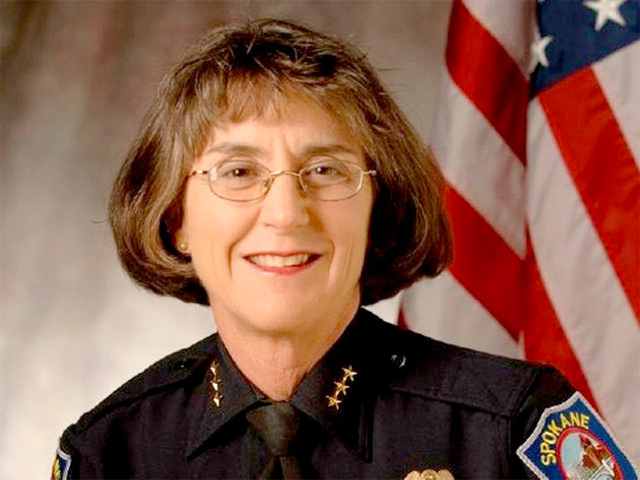 It took Oakland seven months to find a head for its troubled department, and finally they convinced Kirkpatrick to join as its first female chief earlier this month. Though she came to us from Chicago, where she was the head of their Bureau of Professional Standards, Kirkpatrick has had a lengthy career in multiple police departments across Washington State and was most recently Spokane's top cop. That's why she's got a $87,420 annual pension payout to add to her base salary in Oakland of $270,000. (Up for in the air is an additional $55,000 in "special pay" that her predecessor in Oakland received, so we'll leave that out for now.)

The Ghost Ship Fire thrust Reed into the spotlight last month, as she was frequently on camera to explain the circumstances behind the deadly blaze. The first female big-city fire chief when Oakland named her as head of the department in March 2012, she had served in the San Jose Fire Department since 1986, ending her career there as Assistant Fire Chief. That's why San Jose continues to pay her a $127,000 annual pension, in addition to her yearly base pay in Oakland of $241,000.

Related: SFPD Salaries By The Numbers

Although the sixteen 20-foot bamboo lanterns that now stand outside Civic Center in an art installation called "Peace All Year Round" will last only through March, the spirit of the artist's message, we