Eating on Christmas means stuffing yourself stupid, regardless of your religion, lack thereof, or place on the socioeconomic hierarchy. So we here at SFist broke down San Francisco/Bay Area restaurants open on Christmas Day by price range, culinary genre, and delivery status so you can order food for celebrating Hannukah, feed tourists a fancy meal, or call for delivery so you can lay around in your underwear watching the Warriors game.

To help you find the type of restaurant whose cuisine you crave on Christmas Day, we’ve grouped restaurants by the following categories arranged in this order so you can just scroll right to the section you want:

It’s not a given that your favorite Chinese restaurant will be open on Christmas. Mission Chinese Food will be closed December 25, as will Chinatown’s Mister Jiu’s and the East Bay’s iconic Shan Dong. R&G Lounge is already fully booked up for December 25 and Kung Pao Kosher Comedy is sold out, but there are still some excellent Christmas Day Chinese food options available for Jews and gents alike.

Chinatown Restaurant
Janky on the outside and gorgeous on the inside, Chinatown Restaurant is open their normal 10 a.m.-10 p.m. hours on Christmas Day with Cantonese, Szechuan, and fixed menus for $16.95 or $20.95.
744 Washington Street between Kearny Street and Grant Street

Koi Palace
This is the only Daly City restaurant on this list, but Koi Palace merits inclusion thanks to its Christmas Day hours and transcendently tacky interior.
365 Gellert Boulevard between Serramonte Boulevard and Hickey Boulevard, Daly City

Yank Sing
There are two Yank Sings in San Francisco, but they’re both open 10 a.m. - 4 p.m. on Christmas Day. One is near the Embarcadero, the other in the Financial District.
49 Stevenson Street between First Street and Second Street, and 101 Spear Street between Mission Street and Howard Street

Hunan’s Home
No frills and usually packed, Hunan’s Home will open at 11:30 on Christmas Day and remain open until 9:30 p.m.
622 Jackson Street between Kearny Street and Grant Avenue

Just Go To Chinatown
People, there are dozens Chinese restaurants all over Chinatown that are open on Christmas Day.
Between Kearny Street and Powell Street 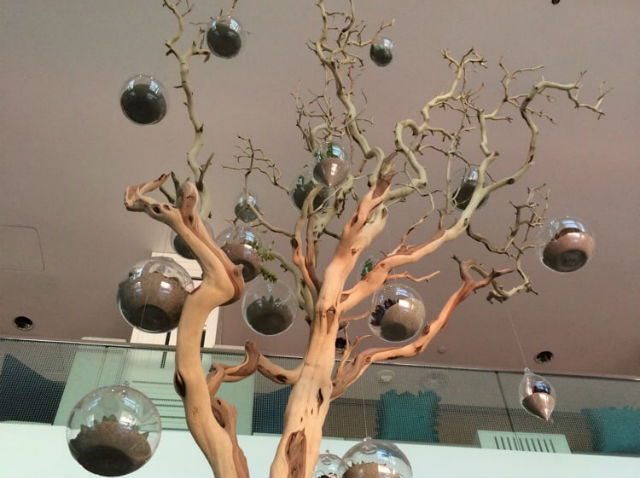 FINE DINING ON CHRISTMAS
Many fine dining establishments are open to style you out on Christmas Day, especially hotel restaurants, and oh were their publicists happy to alert SFist of their executive chefs’ Christmas Day specials.

TRACE
Get your Christmas Dungeness crab fix in elegant style at the W Hotel’s TRACE, who are also serving grilled ribeye with oxtail marmalade, seared Black Cod with charred Cipollini and a chocolate mousse bar with sea salt caramel for dessert.
181 Third Street between Mission Street and Howard Street

Campton Place
For a two-Michelin star Christmas dinner, Campton Place has a five-course meal at $158 per person.
340 Stockton Street between Sutter Street and Post Street

Big 4 Restaurant
The fellow at the piano will presumably be playing some Christmas tunes, and Chef Miguel Garcia will definitely be serving a three-course tasting menu from 4 p.m. to 8 p.m. It’s $125.00 per person and they say “seating is very limited!”
1075 California Street between Taylor Street and Mason Street

The Cavalier
They will probably not have the Cavaliers-Warriors game on at The Cavalier, but the Hotel Zetta restaurant will have a prix fixe holiday menu. Reservations are required.
360 Jessie Street between Mission Street and Market Street

Roy’s
The three-course holiday menu for $59.95 is a pretty good deal for food of this quality, though the normal Hawaiian fusion menu will be otherwise limited on Christmas Day.
101 Second Street between Mission Street and Howard Street.

Hornblower Cruise
Christmas dinner on a yacht! Is that classy or tacky? Either way, it’s a Churrasco feast with an accompanying seasonal menu. On a boat, motherf******!
Pier 3 at The Embarcadero

L’Olivier (CAUTION! OBNOXIOUS AUTOPLAY MUSIC ON LINK!)
There’s a special Christmas menu and you can totally click on that link without the obnoxious music autoplaying as it does on the homepage of L’Olivier.
465 Davis Street between Jackson Street and Washington Street

Cliff House
Both The Bistro and Sutro’s are open Christmas Day at the Cliff House, though The Bistro only takes walk-ins so you are probably looking at a lengthy wait. Still, the view!
1090 Point Lobos Avenue between Seal Rock Drive and Balboa Street

1300 on Fillmore
You will probably require reservations for Christmas Day at 1300 on Fillmore, as they’re only doing three seatings (2 p.m., 4:30 p.m. and 7 p.m.).
1300 Fillmore Street between Eddy Street and Ellis Street

Zingari
Inside the Donatello Hotel, Zingari is doing a three-course prix fixe for Christmas except they call it a “prezzo fisso”.
501 Post Street between Taylor Street and Mason Street

Brasserie S&P
The Christmas menu is $75 a pop and served from 4 p.m. - 9 p.m. at this Loews Regency Hotel restaurant.
22 Sansome Street between Pine Street and California Street 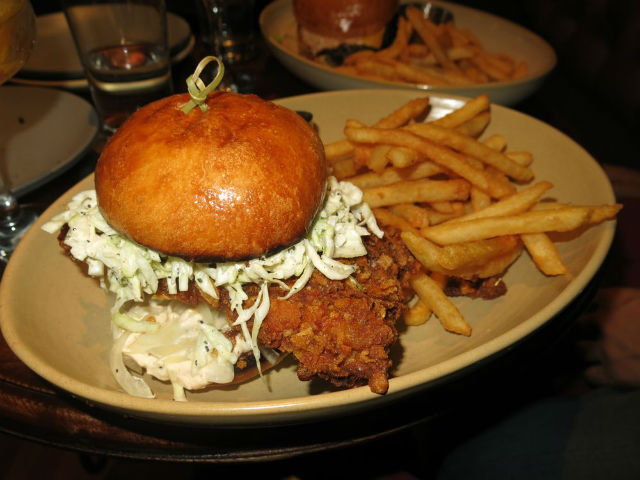 Finn Town
The hot new Finn Town in the Castro is serving Short Rib and Sloppy Joe specials on Christmas Day (5 p.m. - 12:30 a.m.), but the important thing here is that on Christmas Eve from 5 p.m. - 1:30 a.m. anyone wearing anything red gets a free shot of homemade Fireball! They do not want to run that promotion during SantaCon.
2251 Market Street between Sanchez Street and Noe Street

Wise Sons Jewish Delicatessesn
Of course these guys are open on Christmas Day! But their Ferry Building location is not. Check their three other locations for Christmas Day hours.
3150 24th Street between Shotwell Street and South Van Ness Avenue, 1520 Fillmore between Geary Street and O’Farrell Street, and 736 Mission Street between Third Street and Fourth Street

Pinecrest Diner
This fabulous and notorious greasy spoon is always open, including the full 24 hours of Christmas Day.
410 Geary Street between Mason Street and Taylor Street

Mangia Tutti
They’re only open for dinner (5-10 p.m.), but the FiDi’s Mangia Tutti is serving their Italian fare on Christmas Day.
635 Clay Street between Montgomery Street and Kearny Street

Jane
Your healthy, fair-trade vegetarian and salad options, should you want those, are on hand at both Jane cafe locations on Christmas Day.
2123 Fillmore between California Street and Sacramento Street, and 925 Larkin Street between Geary Street and Post Street 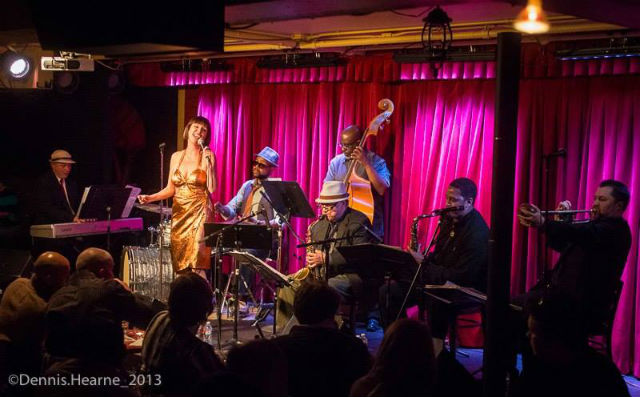 Alamo Drafthouse Theater
They deliver great food to your seat, and on Christmas Day the Alamo Drafthouse is screening Rogue One, La La Land, Fences, and Manchester by the Sea.
2550 Mission Street between 21st Street and 22nd Street

Sundance Kabuki
The Sundance Kabuki serves really excellent dinner dishes, along with a space-age “beeper” that lets you know when your is ready, which is perfect for watching Rogue One.
1881 Post Street between Geary Street and Post Street 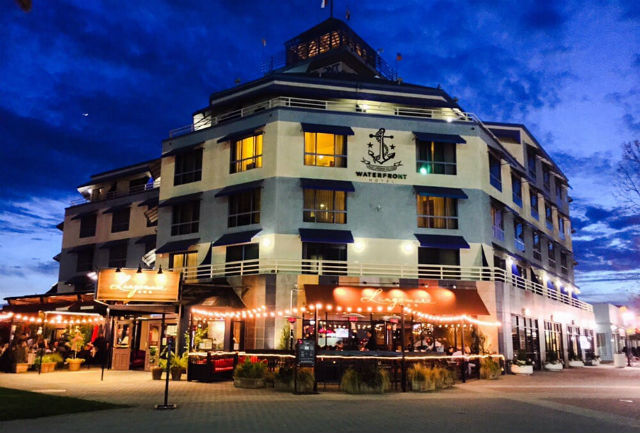 HS Lordships
It’s a big ol’ Christmas Day Champagne Buffet with crab legs, ham, and a carving station going from 10 a.m. - 5 p.m., and Santa will allegedly show up at this Berkeley bayside restaurant to visit with the kids.
199 Seawall Drive in the Berkeley Marina

Lungomare
Ham, swordfish, prime rib and all the high-calorie Christmas dishes are served from Noon to 8 p.m. at Oakland’s Lungomare.
1 Broadway at Jack London Square

FIVE
Bottomless mimosas are going throughout brunch on Christmas Day (10 a.m. - 2 p.m.) along with a $70 full buffet at the Berkeley bistro. Reservations are recommended.
2086 Allston Way between Shattuck Avenue and Milvia Way

Cafe Colucci
Do they know it’s Christmas at the Ethiopian Cafe Colucci in Oakland? They do, because they’re closing early at 6 p.m. but still available for lunch and dinner until then.
6427 Telegraph Avenue between Alcatraz Avenue and 65th Street 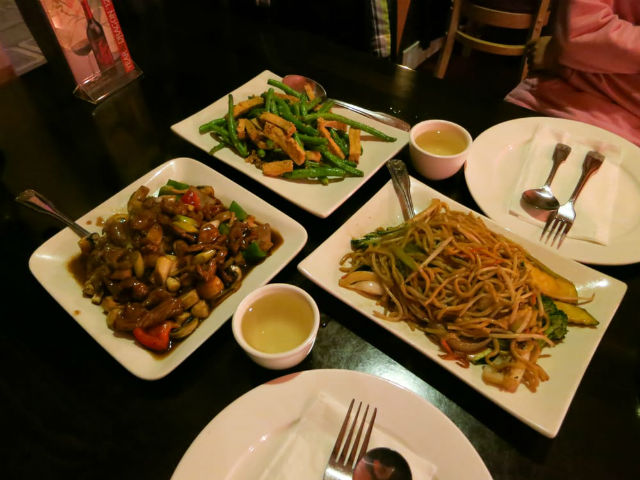 Crazy Pepper
The Crazy Pepper restaurant is seating on Christmas Day, but I’m guessing none of you are going to hike out to its unfashionable backwoods Excelsior location. Call for delivery, there’s a game on.
2257 San Jose Avenue between Geneva Avenue and Seneca Avenue

Seniore’s Pizza
There are actually six Bay Area locations delivering on Christmas Day (including Berkeley, San Mateo, San Bruno, and Santa Clara), but the Seniore’s Pizza shops in the Western Addition and the Sunset are both delivering too.
559 Divisadero Street between Fell Street and Hayes Street, and 2415 19th Avenue between Taraval Street and Ulloa Street

by Daisy Barringer Thirteen straight 49ers losses in a row conditioned me to believe this joke of a team wouldn’t win another game all year. And though it’s true all of

Over a year and a half after his shocking arrest on child pornography charges, local politico Enrique Pearce has pleaded guilty to four counts, and is likely to get a six-month sentence, possibly