SoMa’s longest-surviving gay bar The Stud looked cooked this summer, when a 150% rent increase threatened the continued existence of the 50-year-old San Francisco institution. But a newly-formed Stud collective founded late this summer to preserve the iconic bar announced a set of massively encouraging developments at a community meeting at the bar Tuesday night. Right on the heels of The Stud’s Legacy Business designation last week, The Stud just announced the successful negotiation of a new two-year lease to remain at their current Ninth Street and Harrison Street location. The 15-member collective that is buying the bar business from longtime owner Michael McElhaney also announced plans to move to a nearby location at the end of that new lease, as well as an obligatory crowdfunding campaign to facilitate the club’s short-term future and eventual transition.

“We’re here for two more years,” said Stud collective member Honey Mahogany, noting that the group will take ownership of the bar on December 30. “And then we’re going to be moving to a new space and taking The Stud with us.”

“Our shared vision is to keep The Stud alive,” Ms. Mahogany added, “but greater than that to keep San Francisco queer.” 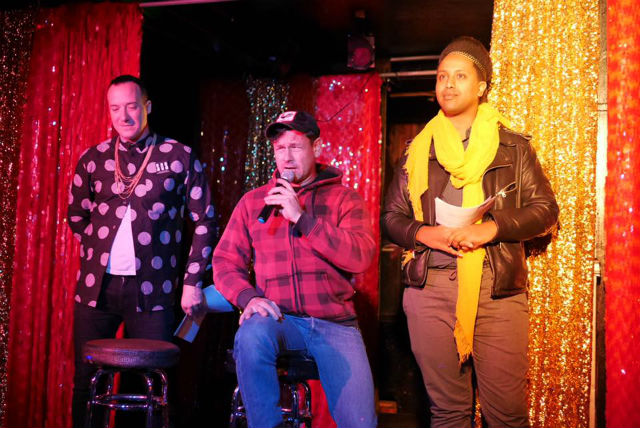 With some help from the Office of Economic and Workforce Development and the district’s supervisor Jane Kim, the collective negotiated a two-year lease at the current location at a lower rent than the increase McElhaney had been given over the summer. “We were broke,” said Mica Sigourney, better known as drag queen VivvyAnne ForeverMore. “But we realized we were very wealthy in friends and community.”

The location of The Stud’s 2019 home was not announced, but the collective says they will announce it by the mid-January. They also indicated that the new location is nearby, and implied that negotiations are ongoing.

“I could go there and come back on foot in less time than what Mica will do in the new bathrooms at The Stud,” said Stud Collective member Nate Allbee, joking that Mica's visits to bathrooms aren't always considerate of the line outside.

A three-month GoFundMe campaign is already underway, with an ambitious goal of $500,000. Those funds will be used to bring the building up to code as required when The Stud moves out of its current location, and to build out the new location. Perks for donors include a Stud Gold Card that buys free entrance into The Stud for life, or the chance to get toilets or barstools named after you that will forever honor you with a plaque. 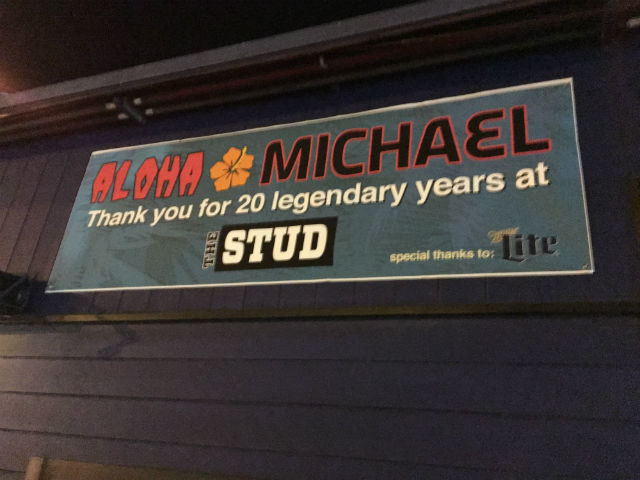 “The Stud for me has been different than all other gay bars, as a queer woman. The Stud has been a place where all people are welcome,” Stud collective member Dottie Lux told SFist. “We want to maintain that audience, especially in a time and climate when we are losing that San Francisco, we’re losing it to grief, we’re losing that to so many different things.”

The new Stud regime’s first party will be Champagne and Poppers, a New Year’s Eve affair and benefit to be held the day after they take full ownership,

Related: The Stud Has Almost Died Before, And It Can Be Saved Again, If People Show Up

—
The Stud Announces New Two-Year Lease, And Plans To Move To New Location After That
Share this