Sherri Papini, a 34-year old mother of two missing for several weeks, was found safe yesterday along Interstate 5 in Yolo County. Papini was allegedly abducted on November 2 during an early morning jog around her neighborhood of Mountain Gate, California — an area north of Redding in Shasta County. The Record Searchlight of Redding, California writes that Papini was taken to a local hospital where she was reunited with her husband and treated for non-life threatening injuries. Earlier in the day, at a Thanksgiving "Turkey Trot," neighbors of the Papinis had released balloons and read a letter of hope in a prayer for Sherri.

On the 2nd, Papini's phone and headphones were found abandoned, and fearing the worst, her family appears to have employed a hostage negotiator, Cameron Gamble, as the Record Searchlight wrote previously. Earlier this week, Gamble had offered up a ransom to Papini's suspected captors, a six-figure reward from an anonymous donor whose exact amount was not disclosed. At the time, authorities were referring to the missing person case as a "possible" abduction. They now claim the ransom played no role in Papini's release. 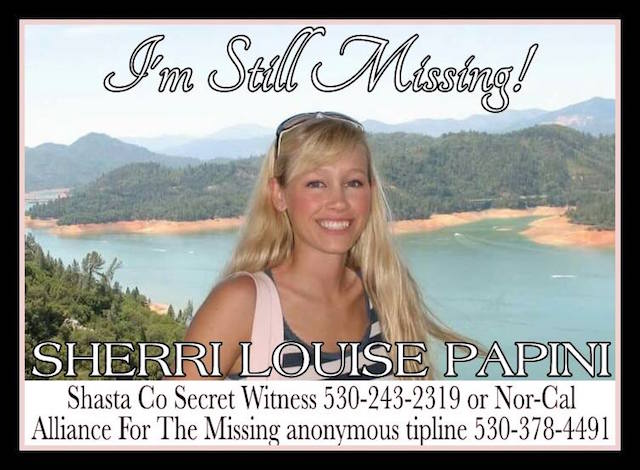 In a sign of the national attention the news story has received, Shasta County Sheriff Tom Bosenko appeared on Good Morning America today. "Obviously, she was emotional and quite upset but elated to be freed, and so we were able to get some information from her," Bosenko said. "Then in the days following this, we will be following up with her."

Acting on information from Papini, authorities are searching for two Hispanic women in a dark SUV who are armed with a handgun. Bosenko told the Record Searchlight that his office would not disclose how Papini was allegedly restrained or whether she had been abused or sexually assaulted. “We are confident that, with the public’s help, we will make an arrest in the case," he said.

The driver of a minivan was killed after slamming into an Oakland tree. [Bay City News] No holiday bargains for San Francisco real estate. [SF Gate] Facebook was struck with a racial discrimination

Save up to 88% on this killer lineup of premium electronics, minus the 4am campout. If you love Black Friday deals, but hate the carnage associated with playing tug of war for them